Hey folks. Once again, the wife and I have emerged from our walking tour of the Sunshine Coast Trail alive and unscathed and we are pretty pleased to be back in civilization. This is the second time we’ve hiked the trail, and after last year’s abortive but adventurous attempt, we were determined to make a go of it this year. 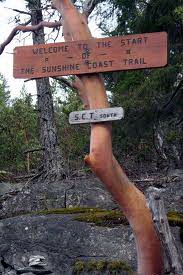 Last time around, we began our march into the wilderness from Sarah Point, the northernmost tip of the trail that sits at the edge of a peninsula. That required scaling a kelp-covered rock face since the tide was low, and that was quite the adventure in itself! Several followed, as we hiked across high, rocky hills and dealt with a shortage of water since it was a particularly hot summer!

This year, we did things a little differently, beginning our march from the town of Powell River and proceeding inland along the rocky bluffs that overlook Powell Lake. We also were sure to bring a tent, and not trust in the cabins that are spaced at intervals throughout the wilderness. We also chose our route based on the fact that there were several lakes, so we wouldn’t be subject to water shortages… again! 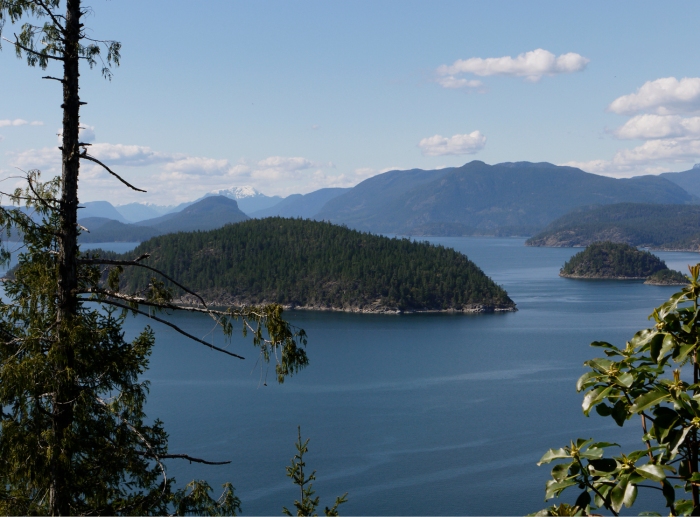 And let me tell you, it was quite the adventure. After a weekend spent at a friend’s wedding and all the travel it takes to get from our home down south to Comox and then the mainland, we were already feeling a little over-sunned and quite restless. And despite the presence of bear poop and low rumbles behind us along the trail, we managed to get to our first destination unscathed.

Our destination on the first night was a lovely campsite tucked in at Haywire Bay which is part of Powell Lake. We swam, ate, and slept out under the stars in our new and ultra-light tent. We got some odd looks, since the majority of people in this park had driven in and were sleeping in their motorhomes and mobile campers. Somehow, hikers who carry all their gear are in the minority in these parks. Go figure! 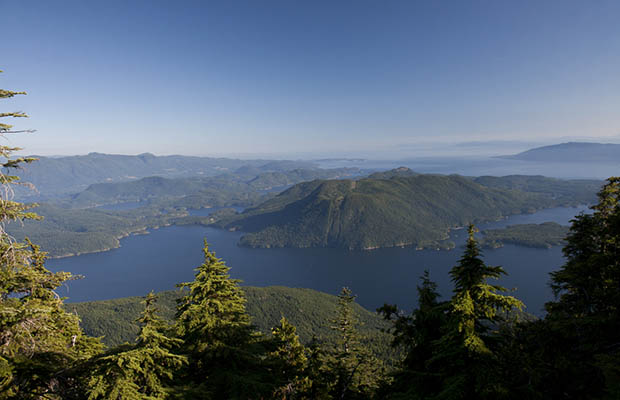 The next day, we hiked farther into the interior and made our way through clearcut patches and more forests to Inland Lake. Here, we camped out on a small island on the lake called Anthony Island, which was another adventure of its own. Ravens ate our dinner sausage, which nearly made us vegetarians on the last two nights. And for a good hour before dusk, we lay in our tents and heard strange noises that sounded like wild animals.

Lucky for us, no animals were in our campground. And whatever the noise was, it seemed to dissipate around 10 pm and we were able to get some sleep. But of course, I kept my knife handy and we kept making loud noises every time we suspected something big and furry was in the vicinity.

The next day, we were outta there! We hiked back to the Inland Lake campground 4km away and set up our tent there. We wanted to walk farther into the interior still, to a place called Confederation Lake. However, we knew that Inland had a gravel road that ran all the way back to Powell River, close to the one we used to get into the wilderness in the first place. This was our exit strategy, so we decided instead to spend day three hiking around the lake and sticking close to this road. 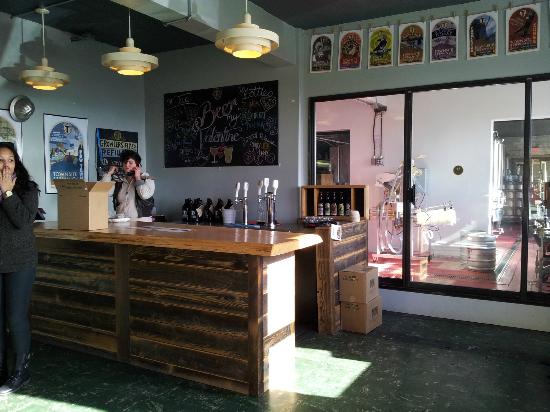 And then, just yesterday, we packed up all our gear, hiked the 10 km of logging roads and back streets to get back into Powell River. Once there, we visited the Townsite Brewery, drank some samples, and picked up some bottles to bring home. Half are intended for our neighbors who watched over our cat, Jasper, while we were gone.

We were then fortunate enough to get a ride back into the town proper, which was another five km away along sun parched roads. After hiking about 40 km through the wilderness and along logging roads, we weren’t too eager to walk along a sun-parched highway. We already did that to get out of town at the beginning, and that was no picnic! 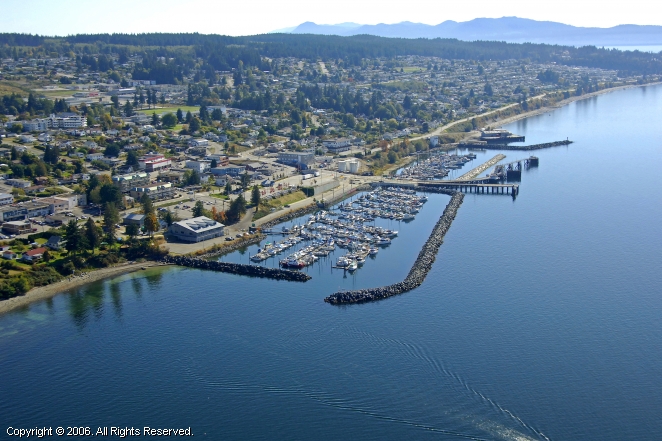 Then came a restful lunch at a nice restaurant, cold beer, and a ferry ride back to Comox where we spent the night at my folks place. Hot showers and a soft bed are a luxury few can appreciate unless they go without for days on end. And sure, we’re burnt and sore, but we feel really good. This year’s trip felt like an accomplishment whereas last years felt like a failure.

The rest we plan to enjoy for the remainder of our vacay which will now be spent at home relaxing! So expect to hear more from me in the next few days. But not during the peak hours of say 10 to 4. I imagine the wife and I will be hiking at home since we’re full of piss and vinegar still and want to chase that feeling.

Hope this summer is finding all of you happy, healthy and full of piss and vinegar too!

In what it is a testament to the effects of Climate Change, Alberta experienced severe flooding which has so far displaced an estimated 100,000 people and led to untold millions in property damage. The flooding began Thursday morning, but the causes are due to rain and thunder storms which have been going on all over the southern province for days.

Road closures began shortly thereafter and people living in low-lying areas were forced to leave their homes. As the rivers rose, homes, vehicles and all low-lying structures were washed away. In the city of Calgary, where the downtown core sits on the banks of the Bow River, roughly 75,000 people (which may include my cousin and her husband) needed to be evacuated and the downtown area closed entirely.

While this accounts for the majority of people displaced, this city and its residents were hardly alone. Other major cities – such as Medicine Hat and Lethbridge (where an uncle and aunt of mine live) – were forced to declare a state of emergency and close down their roadways as Cougar Creek, High River, and other major waterways became elevated and threatened riverfront properties, businesses and roadways. Countless people were also forced to abandon their vehicles as the waters threatened to overtake them too.

Updated reports have also indicated that the flooding has reached as far west as the east Kootenay region of British Columbia, washing out sections of the Trans-Canada Highway and forcing the cities of Banff and Canmore to also declare a state of emergency. No deaths were reported on Thursday, but three bodies were found floating in High River today. In all likelihood, these individuals were the victims of roadway floods, but nothing has been confirmed yet. 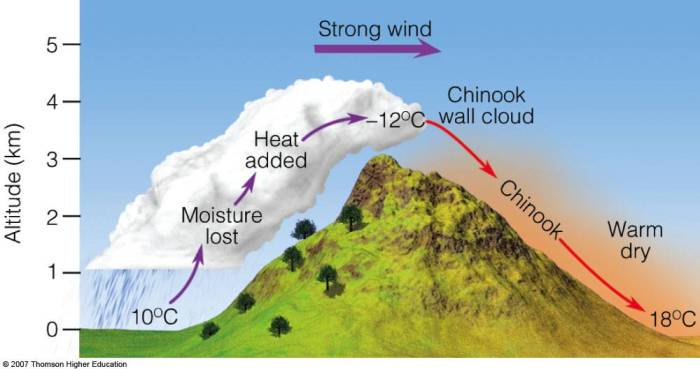 It seems that no one in region has been unaffected, and already meteorologists and climate experts have confirmed Climate Change as the cause. Rising temperatures means unpredictable weather patterns, due in part to more water evaporating and saturating the air with moisture. And in the southern Alberta region, the area is known for its “Chinook Winds” – air currents that come down from the Rocky Mountains, bringing warm, moist air down into the Prairies. 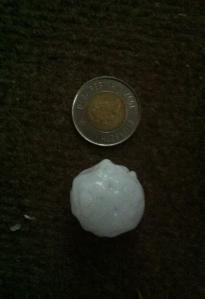 However, these winds brought significantly more moisture than expected this year, as temperatures in the mountain ranges were warmer and led to more glacial ice melting. This in turn brought air currents that were more saturated down into Alberta and caused significant, extended downpours. People living across the province also reported hail stones the size of toonies (a two dollar coin about an inch in diameter).

First responders, the RCMP and the Canadian military have been sent in to assist with evacuation and rescues, as well as sand-bagging and other disaster relief efforts. All told, some 12,000 soldiers are also assisting with the efforts, and Prime Minister Stephen Harper also flew in to help oversea and coordinate with the local authorities.

But worst yet is the fact that more flooding is expected to come. Earlier today, evacuees and rescue workers were given a  temporary respite from the rains, but they are no means done. As the warm weather “Chinook” system continues to move in, Albertans and those living downriver in British Columbia can expect the riverbanks to continue to erode and cause more damage.

Adding to the problem is the extensive amount of collateral damage, caused by overflown sewage pipes, gas leaks, and other toxic materials leaching into the soil and water. No telling just how cleanup and repair will be needed once this is over, but at the moment, the only concerns are making sure everyone is accounted for and out of harm’s way, and that people are prepared for the next wave.

My wife and I send our thoughts and prayers to all the people in Alberta and BC who are affected by this crisis, and not just the friends and family we have there. And I sincerely hope that this crisis – in conjunction with countless others happening around the world – will raise people’s awareness to the changes happening in our world. It’s not too late to stop them, and we can’t afford not to!