For the past three and a half years, the Kepler space telescope has been hurtling through space and searching the Milky Way for signs of of other planets orbiting distant stars. In that time, Kepler has identified many Earth-like exoplanets, many of which reside within our own stellar neighborhood. However, it has found only one planet in recent months that is Earth-sized.

That planet is known as Kepler-78b, the existence of of which was recently verified by NASA scientists at Cape Canaveral. Of all the planets discovered beyond our Solar System, this one is both rocky in composition and weighs in at roughly 1.2 times Earth’s mass. Beyond that, however, the similarities between this planet and our own end. 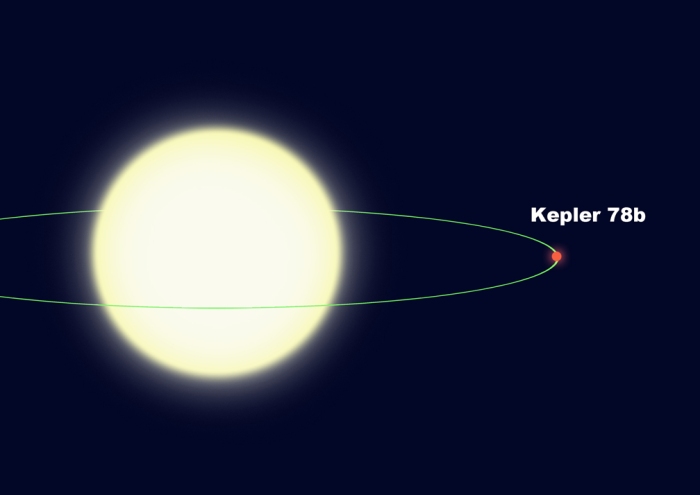 In addition to having an orbital period of 8.5 hours, the planet also rotates around its parent star at a distance of about 1.5 million kilometers (approx. 93205 miles). Basically, this means that Kepler-78b is thirty to forty-five times closer to its Sun than Mercury is to ours, and experiences a full year in under nine days. This makes Kepler 78b an extremely hostile environment, unsuitable for life as we know it.

Andrew Howard, of the University of Hawaii at Manoa’s Institute for Astronomy and the lead author on one of two papers published in Nature magazine about the discovery of the new planet, said in recent webcast:

We’ve been hearing about the sungrazing Comet ISON that will go very close to the Sun next month. Comet ISON will approach the Sun about the same distance that Kepler-78b orbits its star, so this planet spends its entire life as a sungrazer.

A handful of planets the size or mass of Earth have been discovered, but Kepler-78b is the first to have both a measured mass and size. At 1.2 times the size of Earth with a diameter of 14,800 km (9,200 miles), astronomers say it has a density similar to Earth’s, which suggests an Earth-like composition of iron and rock. Its star is slightly smaller and less massive than the sun and is located about 400 light-years from Earth in the constellation Cygnus.

Verification of the planet’s existence and characteristics was made by two independent research teams that used ground-based telescopes for follow-up observations. The team led by Howard used the W. M. Keck Observatory atop Mauna Kea in Hawaii. The other team led by Francesco Pepe from the University of Geneva, Switzerland, did their ground-based work at the Roque de los Muchachos Observatory on La Palma in the Canary Islands. 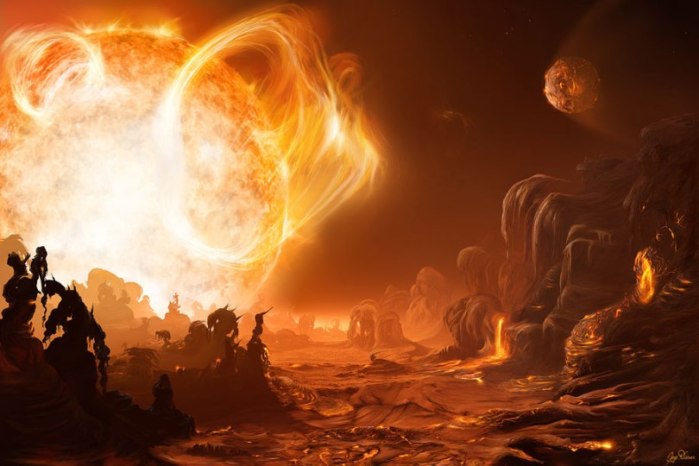 And while the discovery is exciting, the close proximity of Kepler-78b to its star poses a challenge to theorists. According to current theories of planet formation, it couldn’t have formed so close to its star, nor could it have moved there. Given that its star would have surely been larger when the system was in formation, Kepler-78b’s orbit would have put in inside the swollen star. Hence, the planet’s existence is an enigma.

To make matters worse, Kepler-78b is a doomed world. Gravitational tides will continue to pull Kepler-78b even closer to its star, and eventually it will move so close that the star’s gravity will rip the world apart. Theorists predict that the planet will vanish within three billion years. And while this may sounds like an eternity to us, in astronomical terms it represents a life cut short.

For those who love to stargaze, or people who just can’t resist having their picture taken, this weekend will present a number of cool opportunities. For many, the news that the Cassini space probe will be taking pictures of planet Earth this Friday is already known. But as it turns out, the MESSENGER space probe, currently in orbit around Mercury, has decided to get in on the action.

This is a rare opportunity indeed, and is associated with the Saturn Mosaic Project, something that Astronomers Without Borders is helping out with. The entire point is to give Earthlings a better view of the planet they call home, as well as to stimulate interest in Saturn, its rings, and many orbiting satellites. The SMP is also accepting images taken of Saturn, and has extended its deadline for submissions to July 29th.

There are also other competitions associated with the event – one is to submit photos that best represents Earth (the image must be taken on July 19th, 2013) and another is to write an original song about this event. The digital versions of the winning entries will be beamed to space at a later date.

Also, at the exact time the Cassini spacecraft is snapping pics of Earth, the Slooh Space Camera will be snapping images of Saturn with a live broadcast team. Their feed starts at 2:30 PM PDT / 5:30 PM EDT / 21:30 UTC and will be providing live views of Saturn from the Canary Islands.

Sorry for the late notice. Just look up at the sky and wave. As long as you keep doing it for the next thirty-six to forty-eight hours, I’m sure you can’t miss. Man, times zones are tricky!