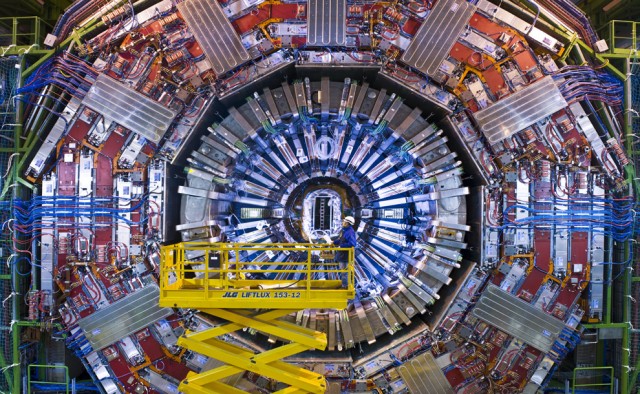 In 2012, scientists working for the CERN laboratory in Switzerland announced the discovery of the Higgs Boson. After confirming this momentous discovery, CERN scientists indicated in April of 2013 that the Large Hadron Collider was being taken offline in order to upgrade its instruments for the next great project in its ongoing goal of studying the universe. And this past February, work began in earnest on planning for the LHC’s successor.

This massive new marvel of scientific instrumentation, which has been dubbed the “Very Large Hadron Collider”, will measure some 96 km (60 mile) in length – four times as long as its predecessor – and smash protons together with a collision energy of 100 teraelectronvolts (which is 14 times the LHC’s current energy). All of this will be dedicated to answering the questions that the first-time detection of the Higgs Boson raised.

While this discovery was a watershed moment, its existence poses more questions than it answers; and those answers probably can’t be answered by the LHC. Thus, to keep high-energy physics moving forward, the international team of scientists at CERN knew they needed something more accurate and powerful. And while the LHC is slated to remain in operation until 2035, it is the VLHC that will addressing the question of how the Higgs get’s its mass.

Basically, while the discovery of the Higgs Boson did prove that the Standard Model of particle physics is correct, it raised some interesting possibilities. For one, it suggests that particles do indeed gain their mass by interacting with a pervasive, ubiquitous Higgs field. Another possibility is that the Higgs boson gains its heaviness through supersymmetry — a theory that proposes that there’s a second, “superpartner” particle coupled to each and every Higgs boson.

Scientists have not yet observed any of these superpartners, and to discover them, a stronger collider will be necessary. It is hoped that, when the LHC powers up to 14 TeV by the end of 2014, its scientists will discover some signs of supersymmetry. This will, in turn, inform the creation of the LHC’s successor, which still remains a work in progress. And at this point, there are two groups presenting options for what the future of the VLHC will be.

One group consists of Michael Peskin and a research group from the SLAC accelerator in California, who presented an early VLHC concept to the US government back in November. This past February, CERN itself convened the Future Circular Collider study at the University of Geneva. In both cases, the plan calls for a 80-100km (50-62mi) circular accelerator with a collision energy of around 100 TeV. 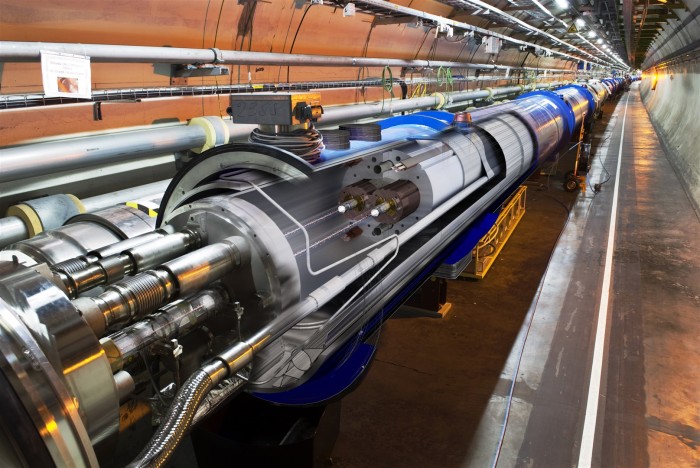 As the name “Very Large Hadron Collider” implies, the plans are essentially talking about the same basic build and functionality as the LHC — just with longer tunnels and stronger magnets. The expected cost for either collider is around $10 billion. No telling which candidate will be built, but CERN has said that if it builds the successor, excavation will probably begin in the 2020s, so that it’s completed before the LHC is retired in 2035.

In the shorter term, the International Linear Collider, a 31-kilometer-long (19.2 mile) particle accelerator, is already set for construction and is expected to be completed in or around 2026. The purpose of this device will be to conduct further tests involving the Higgs Boson, as well as to smash electrons together instead of protons in order to investigate the existence of dark energy and multiple dimensions. 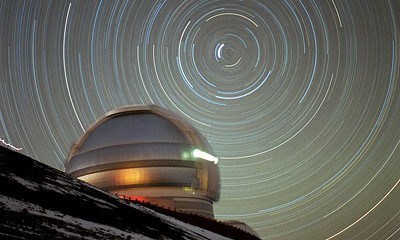 The future of high-energy physics is bright indeed, and with all this research into the deeper mysteries of the universe, we can expect it to become a much more interesting place, rather than less of one. After all, investigating theories does not dispel the mystery of it all, it only lets you know where and how they fell short. And in most cases, it only confirms that this thing we know of as reality is beyond what we previously imagined.