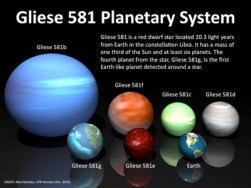 My apologies to all those expecting a post about zombies or post-apocalyptic stories. You see, my group and I are busy designing an entire world for our new anthology and we needed some mock-ups to help speed our imaginations to their goal. That’s been my obsession these last few days, that and visiting family. But alas, I have no idea how to post a PDF file to a Shaw Photo Share account, so I came here to do it instead. Behold… Our new Colony Ship!

The overall design is built around the concepts of a generation ship and a sleeper-ship, with the habitation module and the cryo-stasis bays in the center with the engine and shuttle bays at the rear and the command module at the front. And of course, for the people in the center area, the concept of an O’Neil Cylinder comes into play – a ship that utilizes a rotating section to generate gravity. And I think a long spine connecting it all together, which requires a cart since the gravity is at its lowest in the center, would also be cool.

Oh, and I should mention that we’ve selected a location for our story and done some additional mapping to give the setting a truly realistic feel. As already noted, the star system in question is Gliese 581, and the planet is 581 g, a real exoplanet that scientists believe could host life. And here is what it looks like, for our purposes anyway:

It’s called Yuva, a Turkish word which translates to “Home”. All the continents are named in honor of the scientists who helped discover Gliese 581’s planetary system. The rest, well, that’s all us baby! The polar continent, named New Gondwana, is named after the super-continent of Earth’s Precambrian period. And the vast stretches of sea are just tentative names that I thought seemed appropriate, given their position between the major landmasses. Note the color, which denotes levels of fertility, green being lush, grey being glacial, and yellow and light green being desert of savanna land.