In a statement made this past Sunday, the US State Department indicated that it will be extending its embassy and consulate closures until the end of the week. Offices were reopened in Iraq, Afghanistan and Algeria just yesterday, but another 19 will remain closed until Aug. 10 – including locations in Egypt, Yemen, Libya, Saudi Arabia and Kuwait.

These closures were made in response to an unspecified Al-Qaeda threat that indicated that an attack might be coming sometime in August, particularly in the Middle East and North Africa. According to the State Department, the decision to keep the embassies and consulates closed was “not an indication of a new threat,” but simply out of concern for the lives and safety of staff.

And according to another State Department source, the credit for uncovering this supposed threat goes to the NSA and the PRISM program – i.e. the extensive new data mining operation that has garnered a great deal of controversy of late. Specifically, it was the agency’s ability to monitor communications on cellphones and emails that was is credited with making the difference.

Senator Saxby Chambliss, he top Republican on the Senate Intelligence Committee, claimed in an interview that “There is an awful lot of chatter out there”. This “chatter” apparently took the form of communications among terrorism suspects about the planning of a possible attack, which he claimed was “very reminiscent of what we saw pre-9/11.”

No indication was given as to the nature of the threat or whether or not an actual attack might take place. But Chambliss was very quick to draw the connection between the NSA’s ability to gather information and the warnings his department received.

[Those programs] allow us to have the ability to gather this chatter. If we did not have these programs then we simply wouldn’t be able to listen in on the bad guys. This is the most serious threat that I’ve seen in the last several years.

This information-gathering program was one of many aspects of the NSA’s broad surveillance identified by former spy agency contractor Edward Snowden in his testimony to major media outlets. So it comes as no surprise that the State Department would be coming to its defense at a time like this.

And Chambliss and the State Department are hardly the only ones singing the NSA’s praises right now. This past Sunday, several prominent Republicans and Democrats expressed their support for the NSA surveillance program. One such individual was Dutch Ruppersberger, the senior Democrat on the House Intelligence Committee, who told ABC’s This Week:

The good news is that we picked up intelligence. And that’s what we do. That’s what NSA does. We’ve received information that high-level people from al Qaeda in the Arabian Peninsula are talking about a major attack.

U.S. Representative Adam Schiff, another Democrat on the House Intelligence Committee, characterized the security threat as being based on specific intelligence rather than generalized anti-U.S. threats. While on CNN’s State of the Union program, he said:

This is not the usual type of chatter. It had to be corroborated or come from very reliable sources to take this kind of action. 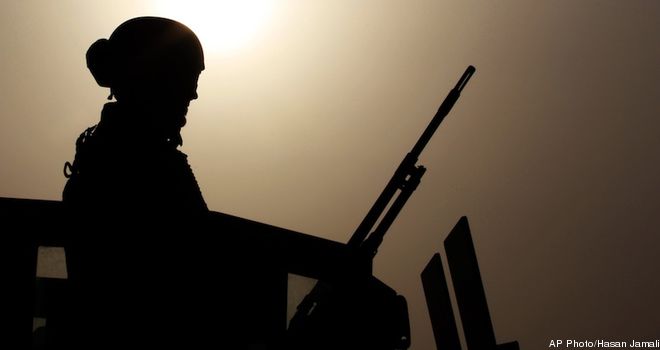 Naturally, there are those critics who would claim that the unspecified nature of the threat and the lack of oversight where PRISM is involved means that there is no way to tell if the “chatter” story is in fact real. Citing such examples as the “Orange Alert” controversy of 2004 – when Homeland Security Secretary Tom Ridge was pressured to raise the alert status leading up to the election – such critics would remind people that the US government has a history of issuing alerts based on factors other than hard data.

At the same time, it is important to note that the threat information also came ahead of the Eid celebration at the end of the Muslim holy month of Ramadan, which will be occurring later this week and just over a month before the anniversary of Al-Qaeda’s Sept. 11, 2001, attacks on a US ambassador and the American Embassy in Benghazi, Libya. In this sense, the alert may have been motivated by legitimate concern, even if hard data was lacking,

And the US is hardly the only nation responding to the warning seriously. The threat also has prompted some European countries to close their embassies in Yemen, where one of the most dangerous al-Qaeda affiliates is based. Interpol, the France-based international police agency, also issued a global security alert advising member states to increase vigilance against attacks after a series of prison breaks in Iraq, Libya and Pakistan.

The advisory prompted Canada’s Foreign Affairs Department to release its own warning this past Saturday for travelers and diplomats in the Middle East and North Africa region. In addition, the Canadian high commission office in Bangladesh was closed on Sunday, since Pakistan was one of several nations outside of the Middle East and North Africa to be named in the advisory.

A few things are certain at this point though: neither the threat of terrorism nor all that’s done in response to it are even close to being resolved. In addition, the controversy surrounding the response and whether or not it constitutes an overreaction or a calculated curtailment of people’s civil rights and liberties, is not over either. Not by a long shot.