The final installment of The Hunger Games trilogy is coming soon. Or, at least the first half of it. And the first trailer has arrived. As you can see from this just-under two minute promo, the revolution that began at the end of Catching Fire is now in full swing. The games are now over, in both the literal and figurative sense, with Katniss and the President openly sparring for the future of Panem.

However, it is also clear that the capitol has Peeta (Josh Hutcherson) in their clutches and is using him to stop the revolution before it spreads. And true to form, Katniss wants to go and rescue him. Man, that guy is truly annoying! He’s like the male version of Bella, another superfluous character who is always in need of rescuing. And worse, the love triangle is becoming disturbingly like that Team Edward/Team Jacob crapfest!

In any case, Julianne Moore is new to this film, playing the role of Alma Coin (leader of the resistance). Liam Hemsworth reprises his role as Gale, Woody Harrelson is back as Haymitch; and of course, Donald Sutherland is back in the austere and hauntingly-voiced role of President Snow. Part I airs this Nov. 21st, and Part 2 won’t be released until sometime in 2015.

Seriously, what’s with these money-grubbing Hollywood producers and YA franchises? First Harry Potter, then Twilight, and now this!

Here is the latest trailer from 20th Century Fox for the fifth and latest installment in the X-Men franchise. Set in the future, this movie is essentially a sequel that bridges with the prequel First Class, with the X-Men’s future selves teaming up with their past selves in order to prevent an all-out war between mutants and humanity that will lead to a big ol’ apocalyptic clusterf#$@! It’s a novel idea, and one which allows the cast to incorporate both the old cast with the new.

This includes Hugh Jackman, Patrick Stewart, and Sir Ian McKellen reprising their roles as Wolverine, Professor Xavier and Magneto in the future; and James McAvoy, Jennifer Lawrence, and Michael Fassbender playing Xavier, Mystique and Magneto in the past. New to the cast is Peter Dinklage (of Game of Thrones fame), who plays the character of Bolivar Task, the new villain for this movie. But as usual, the top billing appears to be going to Jackman and Wolverine… again!

Even though I don’t much care for prequels, one of the things that was nice about X-Men First Class was the fact that it wasn’t all about that guy, as opposed to the other five movies in the franchise. I mean, there are other characters in this series, right? And as expected, the movie is set to be released just in time for the summer blockbuster season – on May 23rd, 2014. Enjoy the trailer, it’s really quite action-packed:

Hi again folks. I know I’ve already satisfied this weeks quota for trailers, but I thought we could all use some good news. Over the weekend, a terrible tragedy took place in Boston and I thought it might do some good to remind people that some nice things happened as well. One of which was the release of the new trailer for the upcoming The Hunger Games sequel, known as Catching Fire.

The trailer premiered at the MTV movie awards this weekend, showcasing a new visual style, and providing a first glimpse of heroine Katniss Everdeen as champion of the Games, how this is having the effect of inspiring opposition to the Panem government, and how the president and his cronies intend to bring her down.

I hope you enjoy it and remember, only light can drive out the darkness. Check out the video below:

With 2013 now in full swing and summer not that far off, it’s once again time to announce all the remakes, relaunches and sequels that Hollywood has in the works. And much like last year, it seems the majority of the industry’s money is being placed on some safe bets. In other words, instead of investing in new and exciting projects, they are banking on previous successes and old favorites that are sure to cash in.

Oh Hollywood! Do you remember when it was exactly that you lost your passion for cinema and became a tired, old hack? I guess it’s not your fault, what with all the money that goes into generating these movies and all the money that comes out. Money! Screws up everything. And we the public are probably to blame too. If we didn’t lap your shit up, you’d stop slopping it us wouldn’t you?

But this isn’t a thought essay on the merits of marketing to the lowest common denominator or the ethics of mass consumption. Here’s some of what Hollywood and their affiliates have in store for us for the year of 2013. Surprisingly, not all of it sucks!

The original movie adaptation of Stephen King’s classic tale of alienation, teen judgement and psychotic, telekinetic revenge was… well, a classic! So why do we need a remake? Is there any possible reason other than wanting to cash in on the fame of the original? Or could it be they simply want to take advantage of updated special effects for the sake of the bloody prom night scene? Originally due to come out in March, the movie has been pushed back to October to coincide with Halloween. Good call there!

For fans of the Hunger Games, this return to the popular Suzanne Collins series promises to be big, bold and profitable. In this installment, Katniss Everdeen (once again played by Jennifer Lawrence) is on a Victory Tour of Panem and realizes that her win with Peeta has triggered a series of rebellions. Photos from the shoot have begun to leak, and the movie is slated for release in November. Probably won’t suck and I am interesting in seeing it, just as soon as I actually read the second book.

Once again, Hollywood is making a reboot just a few short years after a previous adaptation was already launched. They did the same with Spider Man last year and this time around, its Fantastic Four. Josh Trank, director of Chronicle, is rumored to be man who will be directing, and there are hints that the remake will look and feel somewhat like Alien. No news yet on who is being contemplated to play the lead roles, but rest assured, the remake will be splashy and a likely draw.

After seeing its release pushed back a year in order to incorporate 3D, the sequel to the first G.I. Joe movie is slated to be released this May. In addition to starring Dwayne “The Rock” Johnson, Bruce Willis is also making an appearance as a character that seems no different than John McClain or Church from The Expendables. No telling why the studio felt it was necessary for the movie to be shot in 3D considering all the action and big names, but I would imagine it’s because they didn’t have a lot of faith in these things alone.

News of the Superman remake has already been making waves, and considering the writing team, cast, and the trailers that have been released, it seems that this movie might actually be firing on all cylinders. Still, one has to wonder why the franchise needed to be repitched so soon after the last repitch, which took place back in the summer of 2007 with Superman Returns. Wasn’t that movie decent enough, and didn’t it drop all kinds of hints that there was more to come? But of course, some projects run out of steam and you have to start over fresh. And this is one relaunch that I will actually be seeing and (fingers crossed) enjoying thoroughly! 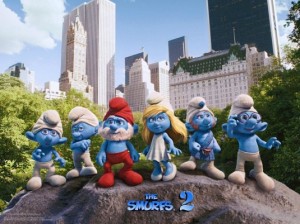 Yeah, you read that right. It seems we can all look forward to a sequel to the original adaptation of that children’s cartoon that for some reason aired in summer of 2011. I mean there’s nostalgic appeal and then there’s this! What going on, Hollywood. Did some call for a retro free-for-all? Neil Patrick Harris will be reprising his role from the first, no doubt because he’s contractually obligated to! Oh, and its being shot in 3D, which of course means the studio has a lot of faith in it 😉

Building on the success of the first movie, as well as the Avengers and all the other Marvel comics adaptations of late, this sequel sees Thor facing off against some “Dark Elves”, led by Christopher Eccleston (Doctor Who, 28 Days Later, Shallow Grave, The Others). Rumor has it that this movie will be directed by Game of Thrones veteran Alan Taylor, who’s apparently bringing some of the same realism he brought to that series to Asgard. Will that include blood, guts, and plentiful nudity? Guess things got a little darker and dirtier since the first one!

The third prequel in the X-Men franchise, this one once again focuses on Wolverine. Going with a storyline which is big with the fans of the original comic, this movie tells the story of how Wolverine went to Japan to learn the ways of the Samurai. Hugh Jackman will be reprising his role as the title character, and seems to have undergone some kind of surgical procedure to remove every ounce of fat for the role! Seriously, Hugh, I hope that’s photoshop because you don’t so much look buff as scary!

And that’s some of what the great filmakers of LA LA land plan to subject us to. Do you ever sit back and wonder just how many starving children could be fed with all the money that goes into financing these projects? Of course, I can’t criticize too much since I’ve already admitted that I’m planning to attend more than one. And what’s more, there are a few projects coming out which do seem exciting, original, or just plain overdue. But that’s another post!