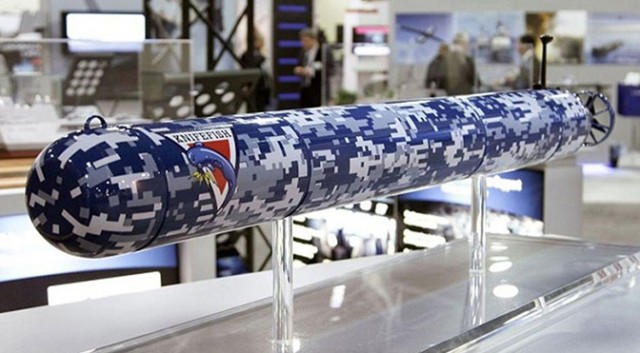 Yes, it seems the once heralded killer-dolphins of the US Navy are finally getting the pink slips, and not a moment too soon! With the Cold War now behind us, the use of water mammals as hunter-seekers – a controversial practice at the best of times – finally seems to be coming to an end. In the new age, an age of robots and unmanned vehicles, it seems the Navy will be taking a page from the US Air Force and replacing them with drone like the Knifefish (pictured above).

Designed by the Navy not only as a fiscally responsible and humane replacement for Dolphins, this new drone was also inspired by recent demands from the Pentagon to deal with the problems arising from tensions overseas.  Earlier this year, when Iran threatened to close down the Straight of Hormuz – the waterway between Oman and Iran where 17 million barrels of oil pass through every day – the Pentagon became worried. If such a channel were to be mined, clearing it would be dangerous, time consuming and costly work.

Already, they had considered using the the German-made Seafox, a 1.2 meter (4 foot), 45 kilogram (100-pound) semiautonomous drone that is controlled using fiber optic cable. Unfortunately, the limits of this model and the cost ($100,000 per drone) led many to conclude that a more cost-effective option was necessary. Hence, the Knifefish, a 5.8 meter (19 foot) 770 kilogram (1700 pound) robot that has an extended range and improved capabilities.

For starters, it is powered by lithium-ion batteries that give it an operational life of up to 16 hours. It also uses a low-frequency synthetic aperture sonar that can penetrate beneath a soft sea floor, giving it the ability to distinguish mines mines from submerged debris with better accuracy. Mines will be able to be fingerprinted in real time by using resonance patterns obtained during imaging and comparing them to known signatures.

Granted, this is not exactly a cheaper option than importing Seafoxes, but given the benefits to mine sweeping in the Persian Gulf and other potential areas of conflict, the Pentagon considers it a worthy investment. Eight units have been ordered and will be built jointly by General Dynamics and Bluefin Robotics, at a total cost of $20 million. Naval divers are still expected to carry out many mine clearing operations themselves, but drones will reduce dive frequency and associated risk.

The key here is that the Knifefish drones will be responsible for identifying and mapping underwater mines, not destroying them. Responsibility for performing such acts will no doubt be a matter for international bodies and courts to negotiate, applying martime law and international treaties to the mix. Also, the Knifefish is also being proposed as a means for private companies to monitor underwater pipelines and offshore oil rigs. So in addition to aiding in the protection against terrorism or naval blockages, the Knifefish could be used to ensure environmental safety.