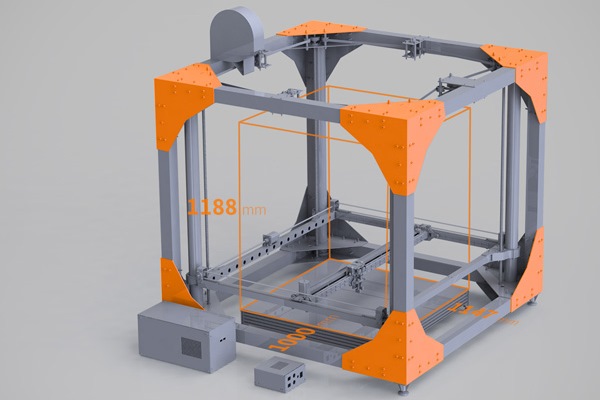 As always, it seems that additive manufacturing (aka. 3D printing) is on the grow. On an almost daily basis now, the range of applications grows with the addition of yet another product or necessity. With each and every addition, the accessibility, affordability, and convenience factor associated with these objects grows accordingly. And with these latest stories, it now seems that things like household furniture and prosthetic eyes are now printable!

Consider the BigRep One, a new design of 3D printer that allows users to manufacture full-scale objects. This has been a problem with previous models of printers, where the print beds have been too small to accommodate anything bigger than utensils, toys, models and small parts. Anything larger requires multiple components, which would then be assembled once they are fully printed. However, the BigRep One allows for a build volume of 1.14 by 1 by 1.2 meters (45 x 39 x 47 inches) – large enough to print full-scale objects.

Developed by Berlin-based artist Lukas Oehmigen and Marcel Tasler, the printer is has an aluminum frame, a print resolution of 100 microns (0.1 millimetres), and can print in a variety of materials. These include the usual plastics and nylons as well as Laywood – a mix of wood fibres and polymers for a wood finish – and Laybrick, a sandstone-like filament. It is even capable of being upgraded with Computer Numerical Control (CNC) so that it can carry out milling tasks.

One of the most obvious is the production of furniture and building materials, as the picture above demonstrates. This finely detailed sideboard was created as part of the printers debut at the 3D PrintShow in New York. The printer itself and will start shipping to customers in March/April, with the suggested price is US $39,000 per unit. However, prospective buyers are encouraged to contact BigRep through its website in order to get an accurate quote.

Next up, there’s the exciting news that 3D printing may be able to fabricate another type of prosthetic that has been missing from its catalog so far – prosthetic replacement eyes. Traditionally, glass eyes are time consuming to produce and can cost a person who has lost one (due to accident or illness) a pretty penny. However, UK-based Fripp Design, in collaboration with Manchester Metropolitan University, has developed a new process that offers greater affordability and production.

Compared to the hand-crafted and meticulously painted eyes, which are made to order, this version of replacement eyes are much cheaper and far less time-consuming to produce. And unlike traditional versions that are made from special glass or acrylic, these ones are printed in full color on a Spectrum Z-Corp 510 (a professional industrial printer) and then encased in resin. Each has a slightly different hue, allowing for matching with existing eyes, as well as a network of veins. 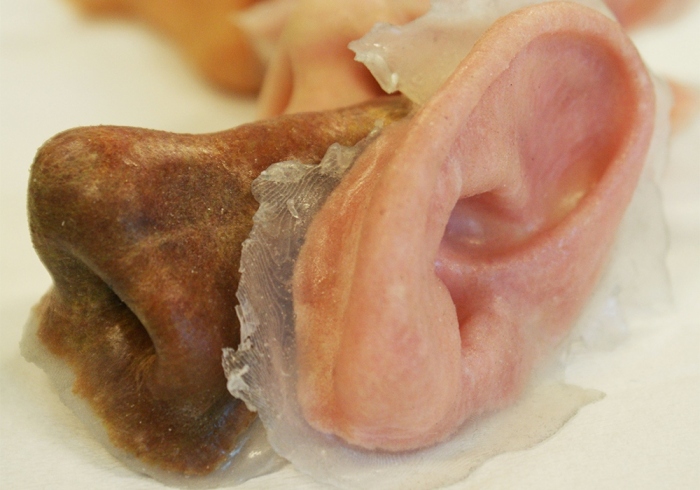 While prosthetic eyes can cost as much as much as 3000 pounds ($4,880) and take up to 10 weeks to make and receive after ordering, Fripp Design’s method can print 150 units in a single hour. However, finishing them is much slower because iris customization remains a time-consuming job. As Fripp Design founder Tom Fripp said in a recent interview with Dezeen:

Because each one is produced from the same system, the consistency is the same and the cost is drastically reduced to approximately 100 pounds ($163)

The 3D-printed prosthetic eyes may be ready for market within a year and could be especially popular in developing countries. In addition to eyes, Fripp Design is known for its 3D printed replacement noses, ears, and skin patches; all of the replacement parts that are in high-demand  but have previously been expensive and difficult to produce. But thanks to 3D printing, the coming years will see people who have been forced to live with disfigurements or disabilities living far more happy, healthy lives.

Click on the following links to see more of BigRep‘s design catalog, as well as Fripp Design‘s applications for skin and soft tissue replacements. And be sure to check out this video of the BigRep One demonstration at the 3D PrintShow in New York: