This past summer, the FBI was compelled to release information about the operational facial recognition database they working on. As part of its Next Generation Identification (NGI) program, this database is part of the FBIs efforts to build a “bigger, faster and better” means of biometric identification. Earlier this month, the FBI announced that the system is now working at “full operational capability”, and many people are worried…

To break it down, the NGI database is made up of millions of stored mugshots and other photos, which are then used when analyzing footage taken by CCTV feeds or other cameras around the country. The full deployment of the program comes three months after James Comey, the bureau’s director, announced that the agency was “piloting the use of mug shots” alongside the bureau’s other databases, in order to catch wanted criminals. 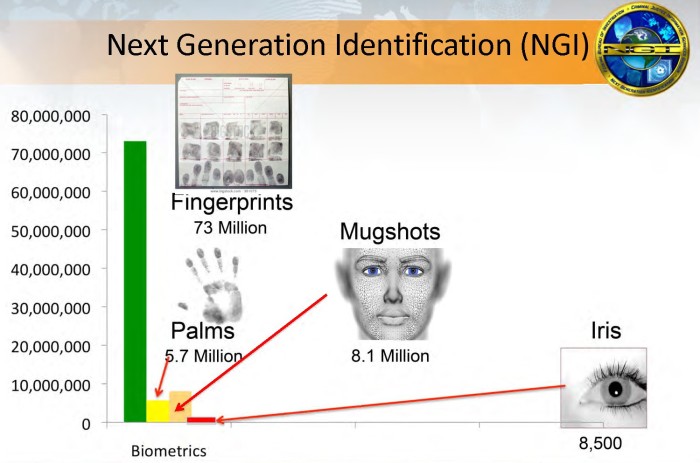 Designed to replace the bureau’s aging fingerprint database, the NGI is different in that it is designed to be multimodal. This means that it will link multiple forms of biometric data to biographical information such as name, address,  ID number, age and ethnicity. It’s currently focused on fingerprint and facial records, but it will also be capable of holding iris scans and palm prints, with the possibility of added voice recognition and gate analysis (i.e. how people walk).

As the FBI said in a statement on Monday, Sept. 15th, the NGI, combined with fingerprint database:

[W]ill provide the nation’s law enforcement community with an investigative tool that provides an image-searching capability of photographs associated with criminal identities.

Naturally, the worries that this database will be another step towards “Big Brother” monitoring. However, what is equally (if not more) worrisome is the fact that the details of the program are only a matter of public record thanks to a lawsuit filed by the Electronic Frontier Foundation. The lawsuit was issued in June of 2013, wherein the EFF compelled the FBI to produce records in accordance Freedom of Information Act to detail the program and its face-recognition components.

Citing the FBI documents, the EFF claims that the facial recognition technology is not very reliable and that the way the database returns results is fundamentally flawed, as well as pointing out that it will indiscriminately combine the details of both criminals and non-criminals. Based on their own interpretation, they claim it could fail 20 percent of the time, which could lead to innocent persons becoming the subject of police investigations.

Nevertheless, the bureau remains confident that the system will simplify and enhance law enforcement both locally and federally. As they said of the program when it was first announced back in 2011:

The NGI system has introduced enhanced automated fingerprint and latent search capabilities, mobile fingerprint identification, and electronic image storage, all while adding enhanced processing speed and automation for electronic exchange of fingerprints to more than 18,000 law enforcement agencies and other authorized criminal justice partners 24 hours a day, 365 days a year.

In 2012, the NGI database already contained 13.6 million images (of seven to eight million individuals) and by mid-2013, it had 16 million images. We now know it aims to have 52 million facial records in its system by next year, and those will include some regular citizens. This is another source of concern for the EFF and civil liberties advocates, which is the estimated 4.3 million images taken for non-criminal purposes.

Whenever someone applies for a job that requires a background check, they are required to submit fingerprint records. These records are then entered into federal databases. Right now, the FBI’s fingerprint database contains around 70 million criminal profiles, and 34 million non-criminal records. With the NGI database now up and running, photographs can be submitted by employers and other sources along with fingerprints, which puts non-criminals on file.

The database, while maintained by the FBI, can be searched by law enforcement at all levels. According to Jennifer Lynch, the EFF attorney behind the lawsuit:

Your image would be searched every time there is a criminal investigation. The problem with that is the face recognition is still not 100 percent accurate.” This means that the system is liable to make mismatches with data. If a camera catches a criminal’s face and that is compared to images in the database, there’s no guarantee that it will pop up an accurate result.

What’s more, when the database is searched it does not return a completely positive result; but instead provides the top hits, ranked by probability of match. So if your face just happens to be similar to a snapshot of a criminal caught in CCTV footage, you may become a suspect in that case. Combined with other forms of biometric readers and scanners, it is part of a general trend where privacy is shrinking and public spaces are increasingly permeated by digital surveillance. 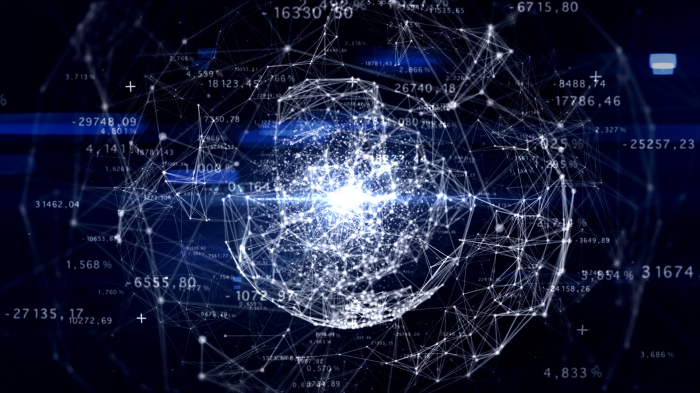 This sort of data exchange and on-the-ground scanning will be made possible by – and is one of the explicit aims of – FirstNet, the nationwide broadband network for law enforcement and first responders, colloquially referred to by some as the “internet of cops”. Much like all things pertaining the expansion of the internet into the “internet of things”, this sort of growth has the capacity to affect privacy and become invasive as well as connective.

As always, fears of an “Orwellian” situation can be allayed by reminding people that the best defense is public access to the information – to know what is taking place and how it works. While there are doubts as to the efficacy of the NGI database and the potential for harm, the fact that we know about its inner workings and limitations could serve as a legal defense wherever a potentially innocent person is targeted by it.

And of course, as the issue of domestic surveillance grows, there are also countless efforts being put forth by “Little Brother” to protect privacy and resist identification. The internet revolution cuts both ways, and ensures that everyone registered in the torrential data stream has a degree of input. Fight the power! Peace out!