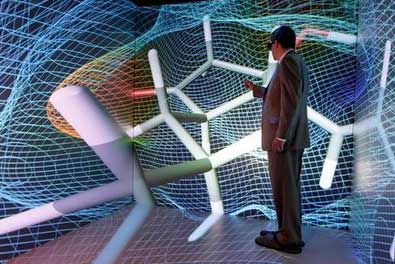 One of the most intriguing and fastest-growing aspects of digital media is the possibilities it offers for augmenting reality. Currently, that means overlaying images or text on top of the real world through the use of display glasses or projectors. But in time, the range of possibilities might expand far beyond the visual range, incorporating the senses of taste and smell.

That’s where devices like the Digital Taste Interface comes into play. Developed by Nimesha Ranasinghe, an electrical engineer and the lead researcher of the team at National University of Singapore, this new technology seeks to combine the worlds of virtual reality and gestation. As Ranasinghe explained it in a recent interview with fastcompany.com:

Gustation is one of the fundamental and essential senses, [yet] it is almost unheard of in Internet communication, mainly due to the absence of digital controllability over the sense of taste. To simulate the sensation of taste digitally, we explored a new methodology which delivers and controls primary taste sensations electronically on the human tongue.

The method involves two main modules, the first being a control system which formulates different properties of stimuli – basically, levels of current, frequency, and temperature. These combine to provide thermal changes and electrical stimulation that simulate taste sensations, which are in turn delivered by the second module. This is the tongue interface, which consists of two thin, metal electrodes.

According to Ranasinghe, during the course of clinical trials, subjects reported a range of taste experiences. These ranged from sour, salty and bitter sensations to minty, spicy, and sweet. But to successfully communicate between the control systems and sensors, Ranasinghe and her team created a new language format. Known as the TasteXML (TXML), this software specifies the format of specific taste messages.

While the team is currently in negotiations to make the technology commercially available, there are a few pressing updates in the works for the Digital Taste Interface. The first is a more appealing way to use the tongue sensors, which currently are attached while the mouth is open. To that end, they want an interface that can be held in the mouth, called the digital lollipop because it looks like the candy.

In addition to making the system look more aesthetically pleasing and appetizing, it will also allow for a deeper understanding of how electrical stimulation affects taste sensors on different parts of the tongue. In addition, they also want to incorporate smell and texture into the experience, to further extend the range of sensations and create a truly immersive virtual experience. 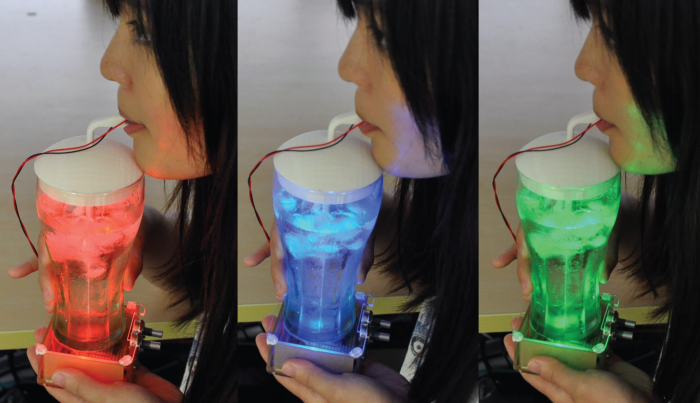 Ultimately, the Digital Taste Interface has many potential benefits and applications, ranging from medical advances to diet regimens and video games. As Ranasinghe explains:

We are exploring different domains such as entertainment (taste changing drink-ware and accessories) and medical (for patients who lost the sense of taste or have a diminished sense of taste). However, our main focus is to introduce the sensation of taste as a digitally controllable media, especially to facilitate virtual and augmented reality domains.

So in the coming years, do not be surprised if virtual simulations come augmented with a full-range of sensory experiences. In addition to being able to interact with simulated environments (i.e. blowing shit up), you may also be able to smell the air, taste the food, and feel like you’re really and truly there. I imagine they won’t even call it virtual reality anymore. More like “alternate reality”!

And of course, there’s a video: