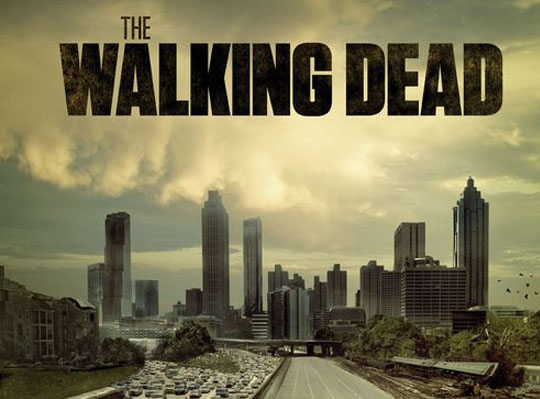 Morning all and welcome to another episode review of AMC’s The Walking Dead! As usual, this week’s episode provided lots of suspense and tense plot development as things get closer to the big confrontation between the Governor and the prison camp. As I’m sure you’re all aware, we are now just two episodes away from the end of the season, and now is the time for the show to be prepping all its plot threads for completion.

After last week’s episode where a meeting took place between Rick and the Governor, we were left with unmistakable knowledge that war was inevitable. Rick could not bring himself to hand over Michonne, even if it meant peace for his people. On the other hand, the Governor had no intention of abiding by the peace terms he set and openly admitted that their standoff would only end with Rick’s demise. And of course, Andrea was now set to betray him, the only question was when and how.. 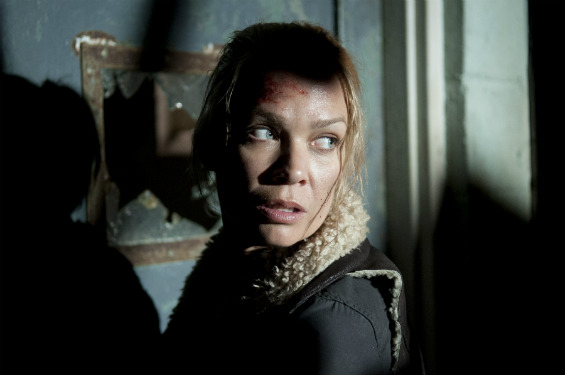 The episode opens with a flashback, where we see Andrea and Michonne together before they found Woodbury. Huddling around a fire and eating beans out of a can, Andrea asks Michonne where her “companions” – the jawless, armless Walkers – came from. Michonne tacitly admits that she knew them before they turned, and she expresses anger for them, says they “weren’t human to begin with.”

We are then taken to Woodbury, where Martinez is busy overseeing their preparations for their next “meeting” with Rick and his people. Andrea is stripped of her sidearm and talks to Milton, who tells her the deal the Governor proposed in a sham. What’s more, he shows her to a secret room the Governor has prepared for Michonne, which is basically a torture chamber.

Andrea heads for the wall, where she meets Tyreese and Sasha. After failing to trick them into leave their posts, she scales the wall and tells them she’s leaving. Tyreese tries to stop her but Andrea pulls her knife and he is forced to let her go. Allen, one of their people, is angry and worries that Tyreese’s failure will jeopardize their position within the community. What’s more, he is still angry over the way Tyreese mercy-killed his wife Donna after she was bit.

The Governor forgives Tyreese and Sasha, but becomes very angry with Milton when he realizes he knew Andrea intended to leave. He is even angrier when he learns that Milton told her about the deal, how he demanded Rick hand over Michonne. Rather than send anyone after her, he takes a truck and heads out to bring Andrea in himself. After spotting her in an open field, a chase ensues…

This leads them both into an abandoned warehouse where the Governor begins to stalk her. She refuses to come out and “come home”, so the Governor begins breaking windows with a shovel and attracting Walkers. After finding a service door, Andrea sees that it leads to a stairwell filled with Walkers. When the Governor corners her there, she slips through and forces him to deal with them, and escapes again to the forest.

Meanwhile, Martinez takes Tyreese, Sasha, Allen and Ben along on a mission to one of their Walkers traps. Tyreese realizes that they are being used as weapons and refuses to help. This leads to a fight between him and Allen, whom he almost throws in with the Walkers. He is sent back to town with Sasha, knowing that they will likely be kicked out. Later that night, a truck pulls up the to the trap and an unidentified begins dousing them in gasoline and setting them ablaze.

Andrea finally makes it to the prison and sees Rick manning the tower, but the Governor catches her before she can get his attention. He returns to town and claims he never found her, and goes to speak with Tyreese and the others. He manages to assure them that the Walkers are just for show, and seems content that they had nothing to do with lighting them on fire.

He then meet with Milton, repeats the lie to him about Andrea, and is told “its a shame about the pits”. The Governor construes from this that it was Milton who set them on fire, and he replies that he already knows who did it. The episode ends with a slow return to the torture chamber, where he find Andrea dirty, bloodied, and restrained in the chair.

Summary:
What more can be said about this show now? They’ve put together a good season, and this week’s episode did everything it was meant to: making us worry more about Andreas fate, show the Governor descend further into madness, and set up Milton and Tyreese’s people for the coming showdown. Now that Andrea has made her choice and is due to suffer for it, that leaves Milton and the rest  to make up their mind on where they stand.

By now, its obvious Milton has lost all faith in the Governor, but Tyreese and his group are still ambivalent. At the same time, it seems like their group is subdivided, with Tyreese and Sasha doubting the Governor and his decision to go to war, and Allen and Ben who want stick by him. Not only is Allen desperate for a home where he and his son will be safe, it’s clear he harbor animosity towards Tyreese for killing his wife after she became infected.

And the show managed to hit on some more key elements from the comic book, which is good considering that it has diverged quite heavily from the source material at this point. For instance, Tyreese and his family were friends with Rick and their bunch long before anyone else. What’s more, he was a very important member of their crew, so the fact that they neglected to incorporate him until now seems a bit odd, frankly.

But they are managing to develop his character now and in such a way that it fits with the comic book. For one, Tyreese was a terrible shot, which they showed here when he and Sasha were doing target practice on top of Woodbury’s wall. He was strong but gentle man too, but after witnessing so much death (including that of his daughter) he began to lose his grip and went a little rampage-y. In this episode, they managed to convey some of that in the way he almost killed Allen.

And then there’s the big change with Michonne’s character. In the comic book, she was captured by the Governor, tortured and raped repeatedly by his men. They hinted at that a little with his treatment of Maggie, but now it seems that Andrea is standing in for her as his primary victim. Though they have established why the Governor hates Michonne – she killed his daughter and took his eye – they kind of sidestepped her reasons for doing that. In the comic, it was in revenge for his brutal treatment of her; whereas in the show, it just sort of happened in the course of a tense showdown between them.

But I digress. This week’s episode focused entirely on things inside Woodbury, which is to be expected given all the threads that are on that side of the story. Next week, we can expect an episode that shows both camps as they prepare for the final standoff. Rick is expected to return to their previous meeting place, where an ambush will be waiting.

But of course, he will be going in prepared and ought to have surprises of his own lined up. While we won’t see it all unfold until  the end of March, I anticipate they will be dropping more hints as to how it’s all going to go down and who will betray whom… Looking forward to it!