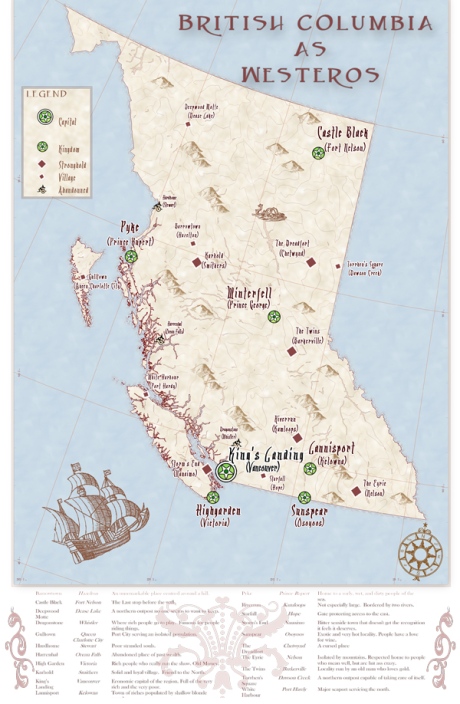 What would your town be if it happened to fall within the A Song of Ice and Fire universe? That’s the question British Columbia resident Andrew Cuthbert asked himself when he created a map trying parallel the geography from Game of Thrones to his (and my) home province. Specifically, the map has been repitched using locations from Westeros, the setting of much the story, with townships that bear the greatest geographical and cultural resemblances becoming their Westerosi equivalent.

As Cuthbert was sure to admit during an interview with CBC Radio’s Rick Cluff on The Early Edition, his comparisons are entirely tongue-in-cheek. As he put it, “The whole map is supposed to be a joke, so it’s meant to be taken in good faith.” Hard to imagine anyone would be offended by something like this, but I certainly understand his point. When it comes to matters of city comparisons and civic pride, one must tread carefully.

And his timing couldn’t have been better, since season four is set to premier in just under two weeks time! After last seasons blood bath, fans are hoping for something a bit more cheerful no doubt. Too bad they won’t get their wish 😉 And I do hope to see more maps like this in the near future. In fact, here’s hoping it becomes a full-fledged meme, with people drawing up maps that compare their home province, state, or territory to the geography from Game of Thrones!

Two High-Definition cameras designed to stream detailed views of Earth from the International Space Station blasted off into space yesterday. The cameras are the work of UrtheCast, a Vancouver-based company that distributes operational software for publicly accessibly HD cameras and broadcasts. Once installed, they will provide a view of Earth that is usually reserved for astronauts.

The cameras – one still and one video camera – launched at 3:52 p.m. ET from the Baikonur Cosmodrome in Kazahkstan on an unmanned Russian Progress spacecraft aboard a Soyuz rocket. The two cameras will be attached to a platform on the underside of the space station that was brought up by a previous Progress flight in July and installed by Russian cosmonauts during a spacewalk.

The cameras will be able to view a large band of the Earth between the latitudes of 51 degrees north and 51 degrees south, covering everything from the Canadian Prairies and the southern tip of Chile and Argentina. What’s more, their resolution will be high enough that people will be able to see things as small as cars, boats, their own homes, and even small groups of people.

The company stressed though that individual people would not be discernible as the resolution is simply not high enough to make out facial features. The fixed, still camera will take a continuous video panorama of Earth 50 kilometres wide as the space station orbits Earth 16 times each day. Meanwhile, the other camera will be pointable and able to be directed at specific points on the globe. 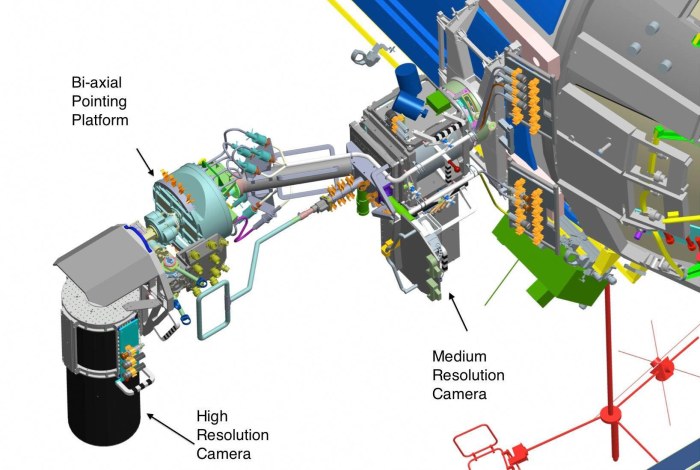 And while many of the images they take will be available free online just a few hours after they were captured, customers will also have access to specific footage captured by the second, pointed camera. So for a small fee, people will be able to take part in what the company likes to call the “world’s first near-live HD video feed of Earth.”

The company expects customers to include governments, non-governmental organizations and corporations that would like particular types of live and archival images for purposes such as monitoring the environment. As Chris Carter, director of wealth management for ScotiaMcLeod and CBC Radio’s Vancouver business columnist, claims that this expectation is valid since UrtheCast’s business model allows it avoid a major hurdle.

Basically, the greatest impediment to providing space-based footage of the Earth is the astronomical (no pun!) cost of getting cameras into space. UrtheCast has gotten around this hurdle by partnering with Roscosmos, the Russian Space Agency, who transported their cameras in exchange for free access to images that it might otherwise have to pay for.

According to a statement made by the company earlier this month, as of Sept. 30, the company – which trades on the Toronto Stock Exchange – had annual purchase commitments worth $21 million:

The democratic space age is looming, people. Between regular updates on social media and webcasts from NASA rovers and space satellites, to live feeds from publicly-accessible cameras, we are entering an age where exploration and research are accessible like never before. Add to this the dream of telexploration, and we could be looking at a future where astronauts do NOT get to have all the fun! 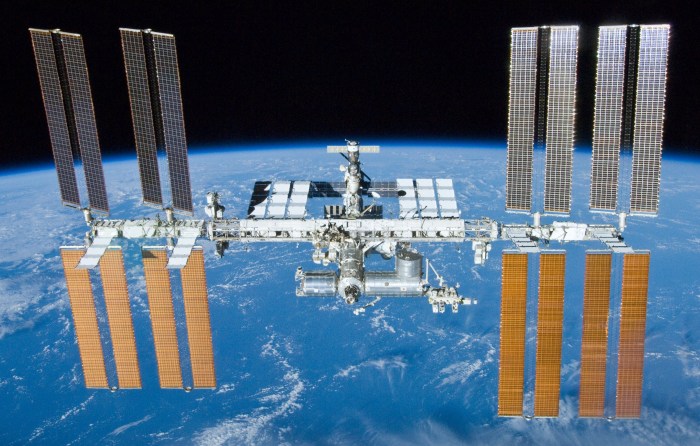 A Vancouver-based company recently announced that it would be streaming images from the ISS to Earth, giving people a rare glimpse of what astronauts in orbit see on a daily basis. In an age where space travel is becoming increasingly public, thanks in part to social media, it now appears that at least one company want to get in on the ground floor of making space more accessible.

Scott Larson, CEO of Urthecast (get it?), said in a recent interview with CBC’s Curt Petrovich how his company is making this happen. This past Sunday, Urthecast launched a platform to the space station aboard the unmanned Russian Progress M-20M spacecraft as part of a delivery of 2.4 tonnes of supplies – including food, water, fuel and scientific equipment.

This platform will soon be attached to the outside of the station and augmented with two HD cameras that will allow people to see things on Earth as small as one meter wide. One will be fixed will take a continuous video panorama of Earth 50 kilometers wide as the space station orbits Earth while the other will be a pointable one that customers will be able to aim at a particular spot on Earth, for a price.

These cameras will be launched aboard a different Progress flight on Nov. 20 and attached to the platform upon arrival. Though Urthecast has not specified what kind of fees will be involved for those looking to download pics of Earth, it has claimed that it intends to sell the video to corporations, governments and non-governmental organizations such as the United Nations for a wide range of need. 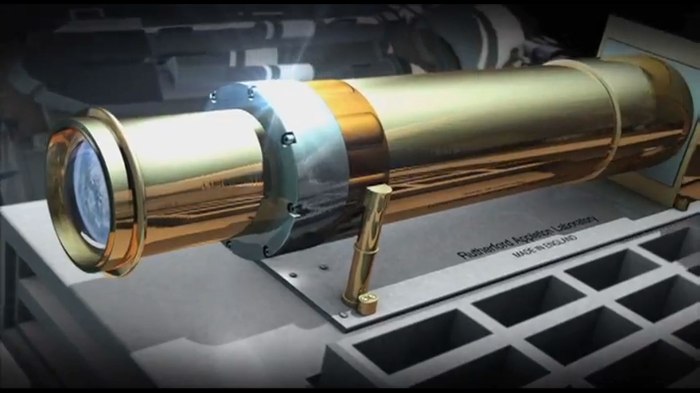 However, these customers will not include the military since the apparatus will be on the International Space Station, which by law can only be used for “peaceful purposes”. Canadian law also requires the company to shut off the cameras as they pass over sensitive targets, if requested to do so by the federal government. Nevertheless, at least some investors are confident the company will make money of this idea. Since it first went public last month, Urthecast has raised some $46 million.

As part of what the company calls the “world’s first near-live HD video feed of Earth”, their cameras are expected to cover the planet between the latitudes of 51 degrees north (covering northern Canada, Russia and Scandinavia) and 51 degrees south (the southern tip of Chile and Argentina, South Africa and Australia). Once captured, the images will be downloaded to ground stations on Earth and be made available just a few hours later. 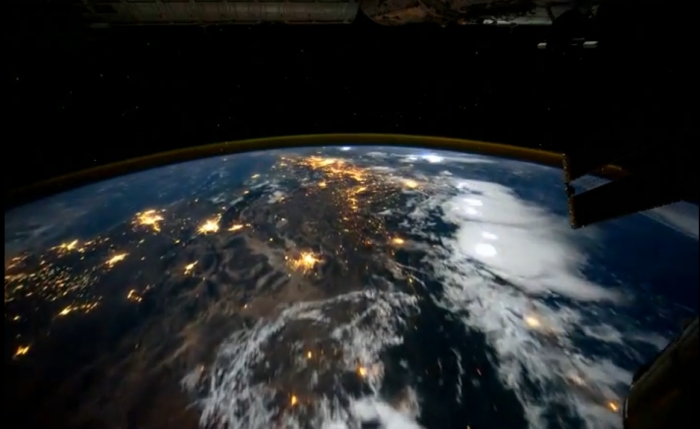 So, between the accuracy of the cameras and the range they have to survey the planet, people will be able to capture images of their homes, neighborhoods, and even people that are accurate to a single meter. My advice? Get a portable device, lie down in your driveway, and then punch in your coordinates. And be sure to wave for a long time, so that when you download your images, you can see you waving back at yourself!

In the meantime, check out this video produced by Urthecast, and be sure to check out the company’s website to see how you can get in on this.