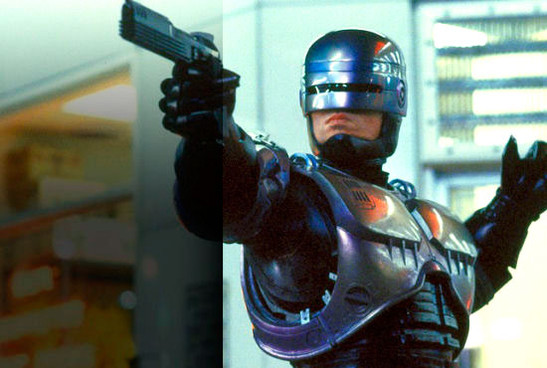 Hilarious, yet somehow socially relevant. Recently, Peter Weller joined the people at funnyordie.com to make a public announcement. Apparently, several citizens of the Motor City announced that they want to erect a statue of Robocop to commemorate their city and how it was the setting for that franchise. However, Mayor Bing shot the idea down, referring to it as “silly”. In response, Weller went online to call the mayor out and lend his support to the idea.

Through a series of comical displays and a cheeky speech, he indicated how the themes of Robocop are in fact appropriate for a city which is suffering from rampant unemployment, a decimated manufacturing sector and corporate greed. After all, these were all central to the story of the movie, so it makes sense to Weller and others that his trademark character get a statue.

And it does, if you think about it. Robocop was all about a good cop who sacrificed his life, only to be turned into an icon for corporate control over a once fair and proud city. He turned the tables by becoming a popular hero, taking on the very corporate moguls who made him what he was.

Follow the link below to watch the full video. I would have embedded, but the damn folks at Youtube disabled it. Dorks!

2 thoughts on “Robocop Speaks to Detroit”