Hey all, again! Last time I talked about drugs and sci-fi, I mentioned all the examples I could draw from classic science fiction franchises. Today I thought I’d share the one’s I came up with myself, which were partially inspired by some of the examples I mentioned. They all come from the same place, known as the Legacies universe. This is the setting of my short stories, Eyes in the Dark, Flights of the Icarus, Turncoats and Vega Rising. I’ve listed them based on where they emerged in the course of the expanded storyline. Here they are:

Adapted from THC and multiple strains of genetically modified cannabis, Tar is the street name for a form of superhash that grew in popularity during the 21st century. Widely used as an inhalant, usually with the help of a vaporizer, it can also be consumed in solid or liquid form.

With the development of stronger and more effective synthetics, the use of Tar and other cannabis drugs diminished by the late 21st century. However, the drug remained in use well into the late 22nd century and was even a source of income for remote agricultural colonies.

Though it never constitutes more than a small portion of the interstellar drug trade, Tar remains a controlled substance on many worlds. However, authorities have often been known to turn a blind eye when it comes to enforcement. In some port cities, it is even legal and distributed by licensed authorities, often in the same places where one can purchase Tröpic (see below).

By the mid-21st century, deep-space mining operations and off-world colonization began in earnest As a result, private and governmental aeronautics agencies began collaborating on a drug that would ensure their pilots would stayed sharp at the helm and passengers could be brought out of cryosleep and assume their duties without a lengthy recovery period.

Thus the designer drug EBME (endormorphinbenzoylmethylecgonine)was created, aka. “Shine”. Chemically engineered to be a stimulant devoid of side effects, with the exception of a mild euphoric state, the drug became widely used by miners, spacers, and those forced to enter into cryosleep for long journeys through space.

However, it did not take long for long-term effects, such as growing dependency, mood swings, hallucinations and even psychosis to become evident. In controlled use, Shine was a relatively harmless drug with obvious benefits and a low likelihood of chemical dependency. Unfortunately, the psychological addiction factor was underestimated and non-commercial (i.e. recreational) use became widespread.

By 2137, the development of the FTL subspace drive system meant that Shine was no longer needed for as cryosleep slowly became obsolete. Thus the UNE officially made Shine illegal on Earth, while colonial administrations, under the Directorate’s power, were slower to respond. It was felt that with the lives of colonists, often marked by hardship and tough conditions, required a little “chemical cheer” to keep things running smoothly.

It was not until the late 22nd century that Shine was officially banned in every corner of the known universe. It remains a popular black market item on every colonized world and the distribution of it is usually handled by one syndicate or another. The most notable of these are the Akuma, the Sadruzhestva, the Lumbre and the Shé, who are responsible for the distribution of this and other drugs on the inner colonies.

In all times, a little departure from reality is always sought after. And if that departure should take you to a place renowned for its bright colors and ecstatic feel, so much the better! That was the idea behind MDD (methylenedioxydiethylamide), otherwise known as Tröpic. Although it is unclear how and where it first appeared, this powerful hallucinogen was in widespread use by the late 21st, early 22nd century.

Initially, its use was confined to Earth to the Solar colonies, where bohemian art cultures and psychedelic music gave rise to Tröpic clubs. In time, the practice of combining this drug with the music scene, specifically music geared to stimulate users (known as trope), became widespread throughout the inner colonies. However, within the outer colonies, where conditions are harder and there is less of an “artistic scene” to speak of, it is considered somewhat pretentious!

The development of cybernetics as a commercially-available option also led the emergence of new drugs. In this case, it was the medicinal narcotic known as Enkavelazepam, a drug designed for the maintenance and regeneration of nerve tissue after cybernetic surgery. Patented for use on many worlds, this drug was also known by the trade names shinkei, koltaziz and nevrikon, and the street name Sharp.

Though it was never officially banned, recreational use of the drug is considered a crime on all colony worlds, particularly when used in conjunction with Pump or Juice to achieve performance enhancing effects. In addition, it would often be used on its own by mercenaries, enforcers and anyone who’s livelihood depended on sharp reflexes and fast reactions. 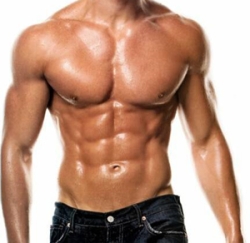 Here we have another example of a drug that began as a legal substance designed to combat the effects of deep space travel. During the 21st and much of the 22nd century, spacers were forced to travel for extended periods of time in low-gravity of zero-gravity environments. Even with the invention of the subspace engine in 2137, artificial gravity was not an option until several decades later.

As a result, Luyten corporation, a shipping magnate, mandated the use of Hydorzene, a synthetic steroid that promoted muscle growth and bone density. Going by its street name “Pump”, the drug began a wide system of black market distribution, being used by everyone from professional athletes to bodyguards and hired muscle.

Paired with other enhancing substances, such as Sharp and Juice, the term “Juicer” emerged to describe anyone who underwent artificial muscle enhancement.

Much like Pump, Juice was a synthetic steroid and growth hormone that was developed for commercial use. However, in this case, the developer was the TDF (Terran Defense Forces) who developed it give their soldiers the ability to carry heavy weapons and equipment, as well as the ability to function in high-gravity environments.

Naturally, this drug was also made available alongside Pump for civilian use, particularly among planetary miners. Much like military personnel, these were people for whom added strength and the ability to withstand gravity in excess of 1 g was not only desirable but necessary to survive.

Use of the drug was short-lived however, as lightweight nanomaterials and the development of mechs and exoskeletons eliminated the need for augmented strength. But once again, the black market was quick to pick up the slack and ensure that the drug maintained production and was available to all those willing to use it.

By the early 22nd century, the popularity of Tröpic led to the development of even more powerful psychotropics. One such development was known as Oblivion, a Hermian invention which was apparently designed in a chemical engineers own home, presumably in an attempt to attract the attention of the Akuma.

Named in honor of its chief effect, helping its users to achieve oblivion, this inhalant became all the rage amongst connoisseurs and the underclass alike. Reported users quickly became addicted due to the drugs tendency to induce powerful visions, usually of transcendent phenomena or death. It is for this reason that Oblivion has been reported as being used as part of religious ceremonies within several cults and sub-sects as well.

Aside from its addictive nature, side effects include a diminished ability to distinguish reality from fantasy, waking visions, psychosis, and delusions of a messianic nature. It is also for this reason why Oblivion remains a banned substance on all colonized worlds, and the manufacture and distribution of it remain a bone of contention between the Akuma and Sadruzhestva cartels.

Last, but certainly not least, we have the pharmaceutical drug known as Neurozene. Known by its street name “Blinding Light”, this painkilling neurostimulant saw widespread use after it was invented during the early-mid 22nd century. Originally developed as a surgical painkiller, neurozene was different from hydromorphone or diacetylmorphine in that it blocked pain and triggered euphoria through the targeted stimulation of neurons in the brain.

Unlike other drugs, the syndicates do not maintain much in the way of control over this drug’s distribution. Since it is not physically addictive and remains legal and regulated for medicinal use, it is not typically sought after by users and underworld elements very much. For the most part, recreational use is limited to those looking for a positive high without much in the way of side effects.

Well, that’s my list of fictional drugs, all written up by me some eight years ago. I’ve added some here and there, but the core group remains the same. Assuming people don’t mind hearing about sci-fi stuff that strictly mine, I think I’ll do one or two more. I’ve had awhile to invent this stuff, so there’s a fair bit to share ;)!