A very interesting anniversary came to pass this past October 14th. It was exactly 65 years ago to the day that pilot and daredevil Chuck Yeager became the first man to break the sound barrier. Yeager was just 24 years old when he made history on that day, and his exploits went on to be  chronicled in the book (and film) “The Right Stuff”. And wouldn’t you know it; Yeager, now 89, chose to make the occasion by breaking the sound barrier again. 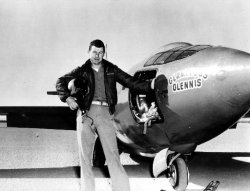 But before getting into that, I would like to provide a recap on the events surrounding Yeager’s historic accomplishment. The year was 1947, the Second World War had ended just two years before, and for those old enough to remember, the world was a pretty scary place as Russian and American scientists competed to be the first to break scientific and technological barriers. In this particular race, the US was the first, when from his Bell X-1 rocket craft, Yeager reached a speed of 1126 km/h (700 miles per hour), or Mach 1.06, at an altitude of 13100 meters (43,000 feet). 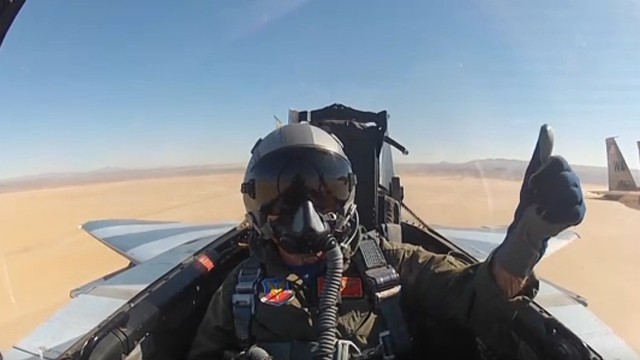 For many years, Yeager found himself being chased by younger pilots in newer craft as they sought to challenge him and break new records in speed. Never the one to shy away from a fight, Yeager continually outdid them, setting new records for supersonic speed until his eventual retirement, by which time the astronauts were making the big headlines by being the first human beings to make it into space and orbit the planet.

Yeager retired with honors, having earned himself the rank of Brigadier General in the Air Force. And just the other day, Yeager celebrated the anniversary of his historic flight by stepping into the back seat of a retired F-15 fighter that broke the sound barrier at 10:24 a.m. on Sunday.

Check out the video of Yeager’s latest flight below.