If you were to get into a discussion with a true Star Wars fan, it would only be a matter of time before the subject of the Kessel run came up. Long considered one of the biggest enigmas to come out of the franchise, Han’s boast in A New Hope about his ship’s capabilities – with the Kessel Run as a reference – still has some people scratching their noggins and scrambling for explanations today.

To refresh people’s memory, this is how the boast went down in the course of Han’s introduction to Luke and Obi-Wan at the Mos Eisley Cantina:

Han: “Fast ship? You’ve never heard of the Millennium Falcon?”
Obi-Wan: “Should I have?”
Han: “It’s the ship that made the Kessel Run in less than twelve parsecs!”

See what I mean? A parsec is a unit of distance, not time, so from an astronomical perspective, it made no sense. How could Han have used it to explain how quickly his ship could travel? Well, as it happens, there are some possible and even oddball explanations that have been drafted as the franchise has expanded over the years. 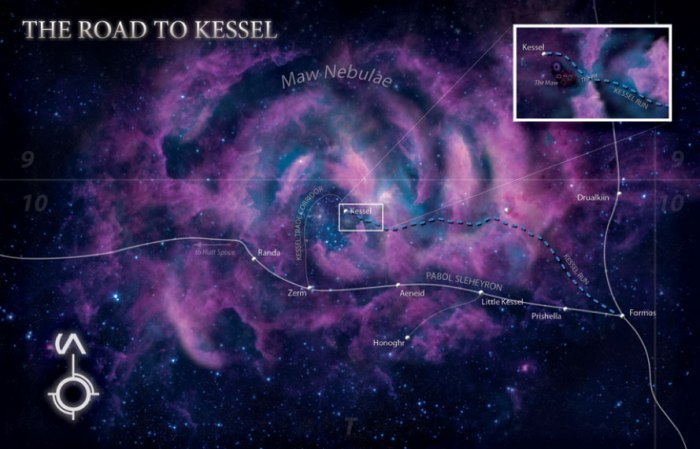 Another important point to make here is about the Kessel Run itself. As a smuggler, Han was deeply involved in running “glimmerstim spice” during his pre-Rebel days (a clear rip off from Dune, but whatever). This took him to and from Kessel, a remote planet located in the Outer Rim that is surrounded by a black hole cluster known as the Maw. As an unnavigable mess, it provided a measure of protection for smugglers running the Imperial blockade that guarded the space lanes near the planet.

All of this comes up in the Jedi Academy Trilogy, a series of novels written by Kevin J. Anderson that are part of the expanded Star Wars universe, and is the first case of the Run being detailed. From these an other sources, we are told that the Run is an 18-parsec route that led away from Kessel, around the Maw, and into the far more navigable area of space known as The Pit. Here, smugglers had to contend with asteroids, but any smuggler worth his salt could find their way through without too much difficulty, and didn’t have to worry about Imperial patrols from this point onward.

To cut down on the distance traveled, pilots could dangerously skirt the edges of the black holes, a maneuver dangerous because it involves getting pulled in by their gravitational forces. If a ship were fast enough, it could risk cutting it closer than most, thus shaving more distance of the route while still being able to break free after it all to complete the run.

Hence we have the first possible explanation to Han’s ambiguous statement. Han’s boast was not about the time taken for him to complete the Run, but the fact that Millennium Falcon was so fast that he was able to cut a full third of the Run off and still make it out. The Falcon would have to be a pretty sweet ship to do that! And it would also fit in with all his other boasts, about how the ship could  “make 0.5 past light speed”, and was the “fastest ship in the fleet”.

However, there are other explanations as well. For starters, this expanded universe explanation does not jive with what Lucas himself said, what was presented in the novelization of the original movie, and of course what astronomers and megafans have to say. In the first instance, Lucas claimed in the commentary of the Star Wars: Episode IV A New Hope DVD that the “parsecs” are due to the Millennium Falcon’s advanced navigational computer rather than its engines, so the navicomputer would calculate much faster routes than other ships could. 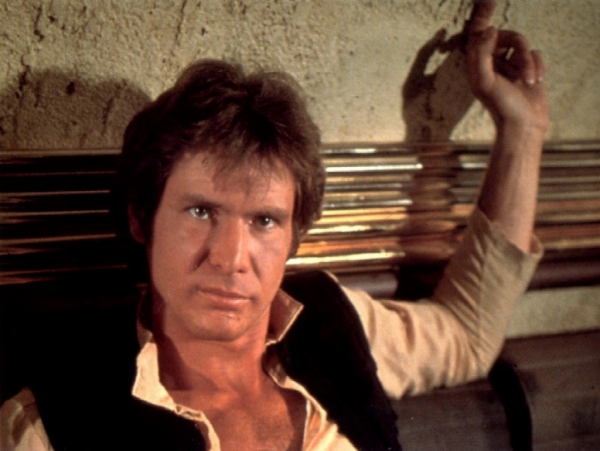 In the A New Hope novelization, Han says “standard time units” in the course of his conversation with Luke and Ben, rather than “parsecs.” And in the revised fourth draft of A New Hope that was released in 1976, the description for “Kessel Run” is described as a bit of hapless misinformation that Obi-Wan doesn’t believe for a second. In short, Han erred when he said it and didn’t realize it.

And then there is the far more farfetched and mind-bending explanation as made by Kyle Hill in a recent article by Wired magazine. Here, he argues that the true intent of Han’s statement was that he was, in fact, a time traveler. By combining some basic laws of physics – namely that the speed of light (c) is unbreakable and 0.99 ad infinitum is as fast as anything can go – and the details of Han’s boast, a more clear picture of how this works emerges.

First, because the shortened Kessel Run spans 12 parsecs (39.6 light-years), a ship traveling nearly light-speed would take a little more than 39.6 years to get there. Factoring in time dilation, anyone watching the Kessel Run would see Solo speeding along for almost 40 years, but Solo himself would experience only a little more than half a day. So basically, in the time it takes Han to complete just one Kessel Run, the rest of the galaxy continues on its usual path for 40 years, which pushed the date of Han’s birth 40 years into the past. 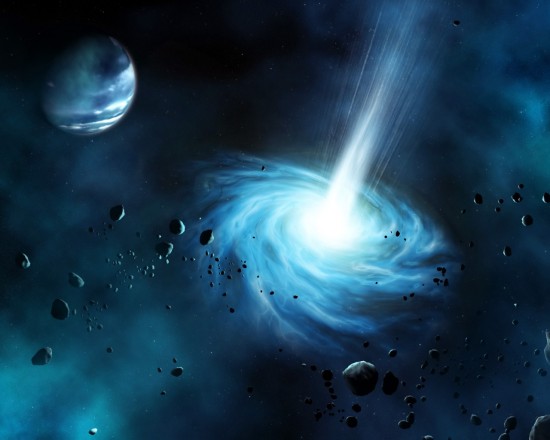 Confused yet? Well, the idea is that Han would have been born long before events in A New Hope, and even The Phantom Menace took place. After completing his run, no doubt trying to avoid Republic authorities or some such equivalent, he came upon a universe that had gone through the ringer with a Sith coup d’etat, Imperial oppression, and a looming Civil War. What could he do but stick to smuggling and hope to make a living?

REALLY doesn’t make sense in terms of the storyline, does it? Ah, but what can you do? People like to find quirky explanations for things that don’t make sense. It can be fun! But of course, there’s a final and much, much simpler explanation that I haven’t even mentioned yet, and it’s one that’s far more believable given the so-called evidence. 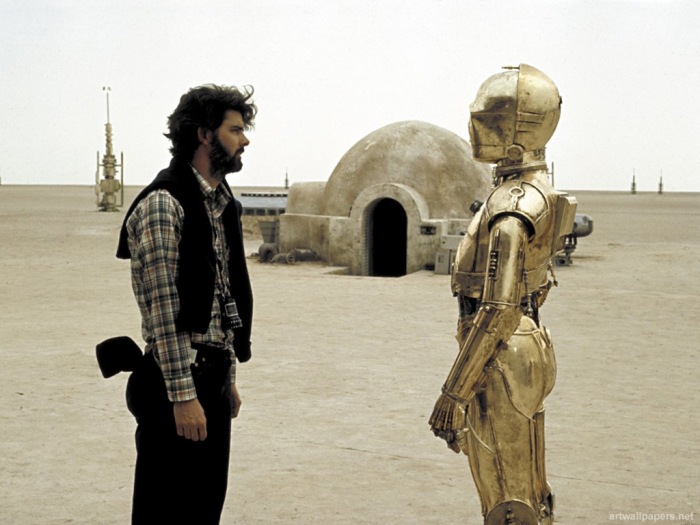 Put simply, Lucas made a mistake. The parsecs line was a misfire, an oversight, and/or brain fart on his part. Nothing more, and all these attempts at explanation are just an obvious attempt to make something that doesn’t fit fit. It makes perfect sense when you think about it: since A New Hope was the first Star Wars movie, that meant Lucas was directing it all by himself. The assistance he sorely needed in terms of directing, writing, editing, etc. didn’t come until the movie was almost complete and he was looking bankruptcy and a nervous breakdown in the eye.

And remember, this is the same movie where a Storm Trooper walked head first into a door aboard the Death Star, Luke yells “Carrie” to Carrie Fisher while they are shooting, the cast and camera can be seen in numerous widescreen shots, and just about every technical problem that could go wrong did go wrong, some of which even made it into the final cut. As far as bloopers, outtakes and errors are concerned, the first Star Wars movie was a mess!


See? So really, is it hard to imagine a simple oversight like a typo could have made it on screen and no one caught it? Hell no! And frankly, I think fandom would be a lot happier if Lucas had remembered these early days of his career and not decided to make the prequels all by himself. Sure, there were plenty of people to catch these kinds of simple errors the second time around, but his many flaws as a movie maker found other ways to shine through – i.e. Jar Jar, lazy directing, too much special effects, wooden dialogue, confused storyline, continuity errors and plot holes galore!

Ah, but that’s another topic entirely. Point is, Star Wars had simple beginnings and plenty of mistakes were made along the way. One can’t expect something so grand and significant in terms of popular culture to be consistent or error free. And Lucas was never really good at producing a seamless product. In the end, it was a fun ride until the new ones came out, and even then he was still making money hand over fist.

And with Disney at the helm now, chances are we’re in for a real treat with some high-budgets and high-production values. And I’m sure there will be plenty of things for the meganerds and uberfans to poke fun at and make compilation videos of. And I of course will be writing about all of it 😉