We are now less than a year away from the release of the long-awaited Ender’s Game movie! And as expected, the producers are beginning to release teasers to stoke the collective appetite of fans. These included the official logos for the four armies at the Battle School. Take a gander at Asp army, Salamander army, Rat army and Dragon army. 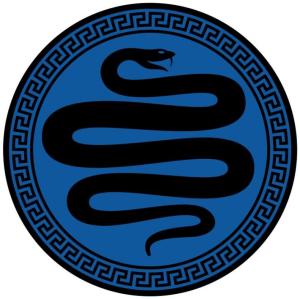 In other Ender related news, casting news has been released, and according to IMBD, they include: Asa Butterfield (of Hugo) in the role of Ender Wiggin, Harrison Ford (Han Solo himself!) as Colonel Hyrum Graff, Viola Davis (The Help, Doubt, Solaris) as Major Gwen Anderson, Ben Kingsley (Ghandi, Schindler’s List) as Mazar Rackham, Hailee Steinfeld (True Grit) as Petra Arkanian and Aramis Knight (Rendition, Crossing Over) as Bean.

In addition, Gavin Hood, who has directed such sci-fi X-Men Origins: Wolverine, Rendition and Tsotsi, is attached as director and has collaborating with Orson Scott Card to produce the screenplay. And as you can see from the stills below, production is well underway with a number of key scenes from the Battle School being completed. 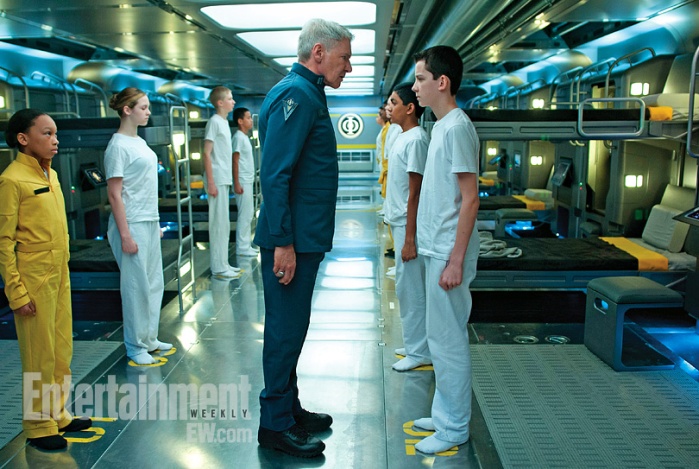 As you can see, the first is of Harrison Ford in his role as Col. Graff confronting Ender and the other new recruits at the Battle School. Second, there is Hailee Steinfeld and Asa Butterfield in the roles of Petra and Ender, talking it over in the Battle School mess hall.

Don’t know about the rest of you, but I’m starting to get antsy! Damn you studio, one would think you were trying to unfairly entice e or something. And that would be just downright nutty!