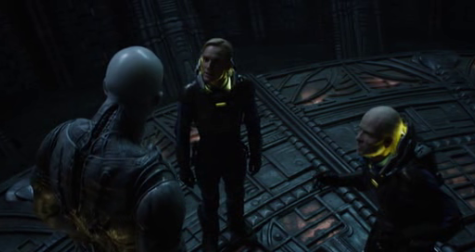 Remember that scene in Prometheus when David, the ship’s AI, was studying ancient languages in the hopes of being able to speak to the Engineers? The logic here was that since the Engineers were believed to have visited Earth many millennia ago to tamper with human evolution, that they were also responsible for our earliest known languages. In David’s case, this meant reconstructing the ancient tongue known as Proto-Indo-European.

Given the fact that my wife is linguistics major, and that I love all things ancient and historical, I found the concept pretty intriguing – even if it was a little Ancient Astronauts-y. To think that we could trace words and meaning back through endless iterations to determine what the earliest language recognized by linguists sounded like. Given how many tongues it has “parented”, it would be cool to meet the common ancestor.

And now there is a piece of software that can do just that. Thanks to a group of linguists and computer scientists in the US and Canada, this program has shown the ability to analyze enormous groups of languages to reconstruct the earliest human languages, long before there was writing. By using this program and others like it, linguists may one day know how people sounded when they talked 20,000 years ago.

Alexandre Bouchard-Côté, a University of British Columbia statistician, began working on the program when he was a graduate student at UC Berkeley. By using algorithms to compare sounds and cognates across hundreds of different modern languages, he found he could predict which language groups were most related to each other. Basically, a sound that remained the same across distantly-related languages most likely existed early in our linguistic evolutionary tree.

Modern linguists speculate that the earliest languages that led to today’s tongues include Proto-Indo-European, Proto-Afroasiatic and Proto-Austronesian. These are the ancestral language families that gave rise to languages like Celtic, Germanic, Italic and Slavic; Arabic, Hebrew, Cushite and Somali; and Samoan, Tahitian, and Maori. Though by no means the only language family trees (they do not account of Sub-Saharan Africa or the pre-Columbian Americas, for example), they do encompass the majority of spoken languages today.

For their purposes, Bouchard-Côté and his colleagues focused on Proto-Austronesia, the family which led to today’s Polynesian languages as well as languages in Southeast Asia and parts of continental Asia. Using the software they developed, they were able to reconstruct over 600 ancient Proto-Austronesian languages and published their findings in the December issue of Proceedings of the National Academy of Sciences.

In their paper, Bouchard-Côté and his researchers said this of their new program:

“The analysis of the properties of hundreds of ancient languages performed by this system goes far beyond the capabilities of any previous automated system and would require signiﬁcant amounts of manual effort by linguists.”

Ultimately, this program could allow linguists to hear languages that haven’t been spoken in millennia, reconstructing a lost world where those languages spread across the world, evolving as they went. In addition, it could be used for linguistic futurism, anticipating how languages may evolve over time and surmising what people will speak and sound like hundreds or even thousands of years from now.

Personally, I think the ability to look back and know what our ancestors sounded like is the real prize, but I’d be a poor sci-fi nerd if I didn’t at least fantasize about what our language patterns will sound like down the road. Lord knows its been speculated about plenty of times thus far, with thoughts ranging from Galego (a Slavic-English hybrid from Dune), the Chinese-English smattering used in Firefly, and City Speak from Blade Runner.

Hey, remember this little gem? Bonus points to anyone who can translate it for me (without consulting Google Translate!):

6 thoughts on “Reconstructing the Earliest Languages”