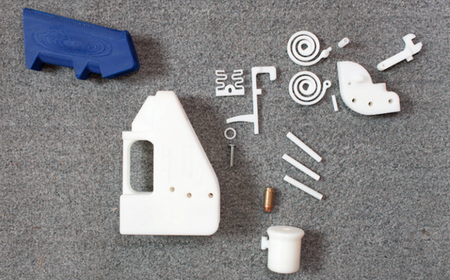 Just a few days ago, Defense Distributed announced the creation of the world’s first gun that is made entirely out of 3D-printed parts. And as anticipated, it didn’t take long for a crackdown to ensue. The group’s leader Cody Wilson, after conducting the first successful firing test of “The Liberator”, claimed that the blueprints would be uploaded to the open-source website Defcad so they would be available to anyone.

Yesterday, less than a week after the announcement was made, Mr. Wilson claimed that Defcad is “going dark” at the request of the U.S. Department of Defense Trade Controls. Defense Distributed runs the website, which has been a provider of weapons-related 3D printer blueprints since the group was founded.

As of yesterday, the site contained only a brief message explaining why it the Liberator blueprints were no longer available:

Defcad files are being removed from public access at the request of the U.S. Department of Defence Trade Controls. Until further notice, the United States government claims control of the information.

#DEFCAD has gone dark at the request of the Department of Defense Trade Controls. Take it up with the Secretary of State.

The weapon itself was the result of eight months of research and testing on behalf of Wilson and his group. In that time, the group has become a source of controversy due to their dedication to making blueprints for printable gun parts available online. These include components for AR-15 assault weapon and extended magazines for an AK-47 assault rifle. 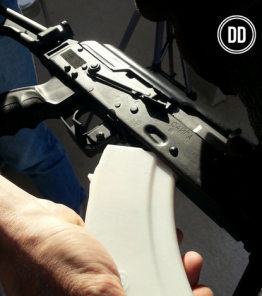 However, the Liberator, named in honor of the single-shot pistols that were dropped on France during the Second World War, was the first set of blueprints that was made entirely out of ABS plastic, making it the first open-source “Wiki-weapon” that would be available to anyone with the means to print it.

As a result of their commitment to open-source weaponry, Defense Distributed has become the subject of penalties and restrictions. In fact, Defcad was created after Makerbot Industries chose to purge all of the group’s gun blueprints from the website. Shortly after they test-fired an AR-15 that included printed parts, Wilson and his associates also had their 3D printer, which they had been leasing, seized. 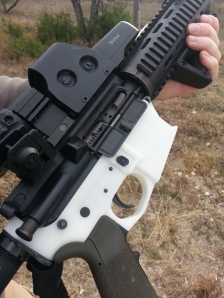 This latest decision targets their activities at their source. However, the decision to take the plans off of Defcad did not present an estimated 10,000 downloads. However, it is not clear if those who obtained the plans will be able to print them off at their local printing shop. Only those who already possess a 3D printing unit, which is likely to run them between $1000 and $3000 dollars will be able to produce their own version of the Liberator.

In short, this issue is not yet resolved. Knowing Wilson and his admirers, open-source, printable weapons are likely to remain a contentious issue for some time to come…