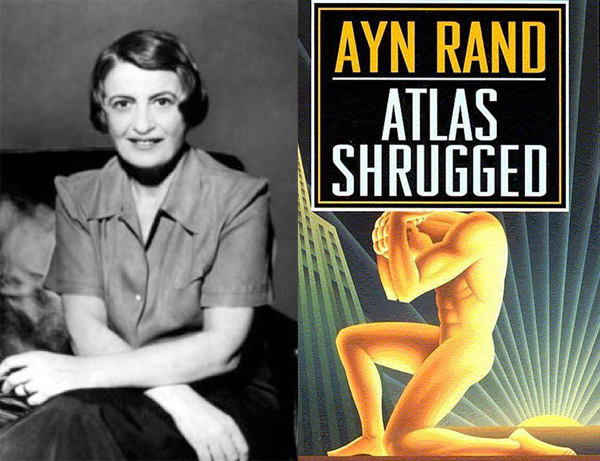 Some of you may recall how a few months back, I posted a video from Mr. Jack Collins that provided a breakdown of Ray Bradbury’s Fahrenheit 451. As it turns out, that video was just the tip of the iceberg for what he and others are doing over at Academic Earth, a website dedicated to media literacy and education in an age of evolving technology.

So far, I’ve found several items of interest, but this other video breakdown of another dystopian classic – Ayn Rand’s Atlas Shrugged – was especially eye-catching. Here, Collins breaks down the books plot, themes, characters and message with the same thoroughness and incisive commentary that he brought to Bradbury’s classic tale of a society base on censorship and mindless leisure.

Of note is how Rand’s philosophy of Objectivism – which combines individualism, freedom and self-interest – is unapologetically portrayed in this book. Having witnessed the horrors of Soviet Communism firsthand, she had a good deal to say about a society that promoted social equality at the expense of creativity, enterprise and personal merit. Rand’s book has often been criticized as “hateful” and the perfect example of class-antagonism, but to conservative thinkers and fans of dystopia alike, it remains a classic.

Years later, Atlas Shrugged remains a controversial story, due to its stern and at times vitriolic attack on what Rand saw as systems that promoted mediocrity in the name of “social justice”. In contrast to the idea that the wealthy have a social obligation to those less fortunate than themselves, Rand retorts by stating that those with wealth exist by their own merits and are essentially holding up the needy, poor, and working classes of society – a la Atlas.

By urging these people to “shrug” off this burden, Rand was rejecting the idea that the social classes owe each other anything and claimed that society would be made better by enshrining the ideal of self-interest and unfettered rewards for individual effort. And as Mr. Collins notes, by story’s end, it was… for some people.

In short, there’s a reason people like Glenn Beck, Michelle Malkin, Sean Hannity and Rupert Murdoch love this book and its author. Nothing says “go capitalism” or promotes Cold War-era ideology like a Russian emigre who thinks that the free market is the pinnacle of civilization and things like charity, welfare, and social assistance are crutches that need to be kicked out. I’m biased, I know. But then again, so was Rand…

And as usual, I’m looking forward to using this somewhere down the line, should this book ever appear on my student’s reading list. Check out the full video at the link below: