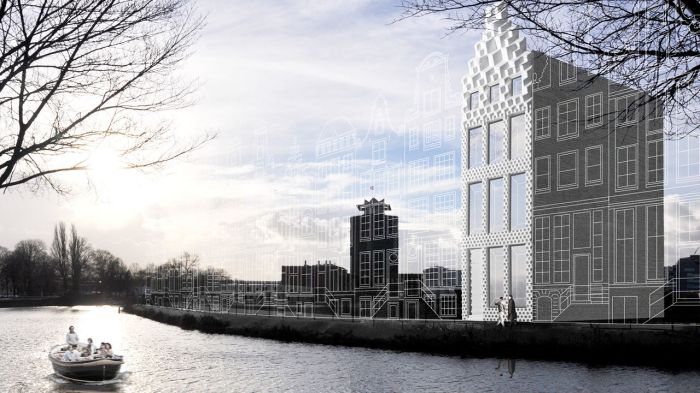 Many thanks to Rami for putting me onto this story in the first place. Thanks Rami! For years now, proponents of additive manufacturing (aka. 3D printing) have been looking for ways to expand the technology’s already impressive catalog to include the fabrication of buildings. Whether it is office buildings, apartment blocks, or individual houses, the next great leap for 3D printing is arguably the construction of entire domiciles – or at least the building blocks that go into making them.

Such is the goal of Dus, a Dutch architect bureau that announced last year that it was seeking to create the world’s first 3-D printed home along one of Amsterdam’s many iconic canals. Known as the “3D Print Canal House” project, the plan was to break ground within sixth months, before two other firms got there first with their own new-age designs. Now, almost a year to the day later, they have launched their demonstration project. 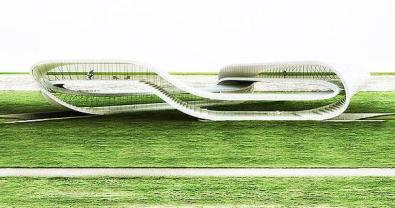 In the long run, it still remains to be seen who will be the first company to create an actual 3D printed home, and Dus’ is up against some stiff competition from companies like fellow Dutchman Janjaap Ruijssenaars with his Möbius-strip shaped Landscape House, and the London-based Softkill Design’s fibrous, naturalistic ProtoHouse. Both design concepts seek to utilize 3-D printing in order to save time, energy, and eliminate the waste that is associated with traditional construction.

The Landscape House design calls for the economizing of space by turning the floor into the ceiling and the ceiling into the floor in an endless loop, providing all the living space a family needs while staying very compact. The latter concept looks like something out of the pages of a sci-fi novel – an organic, mollusk-like construction made out of fibrous threads of plastic that economize on weight and material usage. 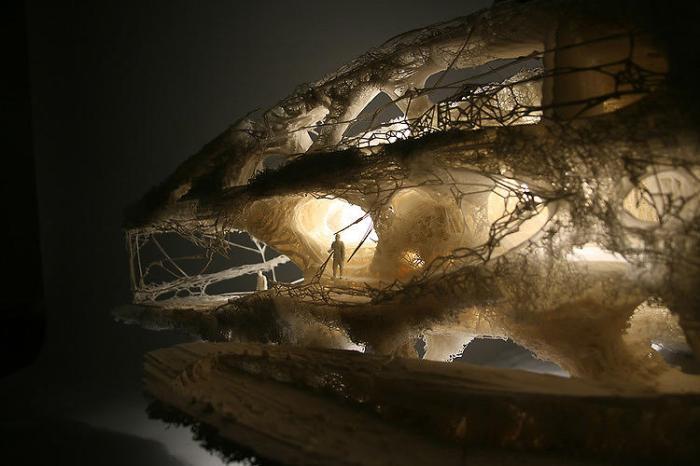 But unlike these other projects, which rely in part on traditional construction methods (such as poured concrete), the Dus concept is built by printing all of the home components onsite. This is done using a massive printer called the KamerMaker, a 6-meter (20-foot) tall “room-builder” that rests inside a shipping container. This ensures that the manufacturing center is portable and can fabricate all the necessary components on-site, removing a significant amount of transport.

Basically, the KamerMaker is a scaled-up version of the open-source home 3D printer made by Ultimaker, a popular tool with hobbyists, and is currently one of the largest printers on the planet. Since it’s creation, the company has held public demonstrations to showcase the printer at work and fabricate furniture and other household objects. On the company website, they describe the machine as:

…a real architectural pavilion [that could play host to events]. In other words: The KamerMaker itself is a pavilion, that can reproduce small pavilions!

But ultimately, the goal of Dus’ demonstration project, which officially launched this month, is not so much to print a functioning house. Rather, as Hedwig Heinsman – a Dus architect and co-founder of the company- explains it, the aim is to discover and share the potential uses of 3D printing in construction by creating new materials, trying out designs and testing building techniques to see what works.

Heinsman also points out that parts of the house will likely be built and re-built several times over the next three years as 3-D printing technology develops. In the meantime, Dus has opened up an expo center at the site of the 3D Print Canal House so the public can witness the creation process and learn more about the technology involved. For those who may be in the of Amsterdam, tickets to the expo are € 2.50 (roughly $3.50 US/ $3.86 CA), and the hours of operation are available at their website.

And be sure to enjoy this video that talks the launch of the 3D Print Canal House, the KamerMaker, and the drive to create the world’s first 3D printed house – courtesy of 3DPI.TV:

5 thoughts on “The 3D Printing Revolution: The KamerMaker House”