In what is sure to be a barn-burner of a debate, the former head of the National Security Agency – General Keith Alexander – will be participating tomorrow in a with ACLU Executive Director Anthony Romero. The televised, surveillance-themed debate, will take place tomorrow –  June 30th, 10:30am Eastern Time – on MSNBC. The subject: whether or not the NSA’s vast surveillance and data mining programs are making American’s safer.

While many would prefer that the current head of the NSA be involved in the debate, General Alexander is a far better spokesperson for the controversial programs that have been the subject of so much controversy. After all, “Emperor Alexander” – as his subordinates called him – is the man most directly responsible for the current disposition of the  NSA’s cyber surveillance and warfare program.Who better to debate their merit with the head of the ACLU – an organization dedicated to the preservation of personal freedom?

And according to classified documents leaked by Edward Snowden, General Alexander’s influence and power within the halls of government knew no bounds during his tenure. A four-star Army general with active units under his command, he was also the head of the National Security Agency, chief of the Central Security Service, and the commander of the US Cyber Command. It is this last position and the power it wields that has raised the greatest consternation amongst civil-libertarians and privacy advocates.

Keith Alexander is responsible for building this place up between 2005 and 2013, insisting that the US’s inherent vulnerability to digital attacks required that he and those like him assume more authority over the data zipping around the globe. According to Alexander, this threat is so paramount that it only makes sense that all power to control the flow of information should be concentrated in as few hands as possible, namely his.

In a recent security conference held in Canada before the Canadian Security Intelligence Service (CSIS), Alexander expressed the threat in the following, cryptic way:

What we see is an increasing level of activity on the networks. I am concerned that this is going to break a threshold where the private sector can no longer handle it and the government is going to have to step in.

If this alone were not reason enough to put people on edge, there are also voices within the NSA who view Alexander as a quintessential larger-than-life personality. One former senior CIA official who agreed to speak on condition of anonymity, claimed:

We jokingly referred to him as Emperor Alexander—with good cause, because whatever Keith wants, Keith gets. We would sit back literally in awe of what he was able to get from Congress, from the White House, and at the expense of everybody else.

And it is because of such freedom to monitor people’s daily activities that movements like the February 11th “The Day We Fight Back” movement – an international cause that embraced 360 organizations in 70 countries that were dedicated to ending mass surveillance – have been mounted, demanding reform. 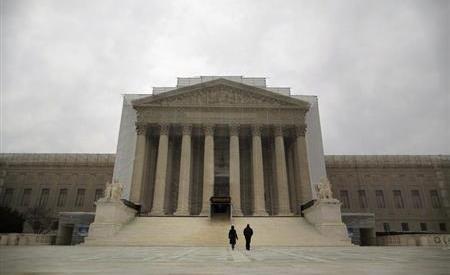 In addition, a series of recent ruling from the US Supreme Court have begun to put the kibosh on the surveillance programs that Alexander spent eight years building up. With everything from cell phone tracking to cell phone taps, a precedent is being set that is likely to outlaw all of the NSA domestic surveillance. But no matter what, the role of Snowden’s testimony in securing this landmark event cannot be underestimated.

In fact, in a recent interview, the ACLU’s Anthony Romero acknowledged a great debt to Snowden and claimed that the debate would not be happening without him. As he put it:

I think Edward Snowden has done this country a service… regardless of whether or not what he did was legal or illegal, whether or not we think the sedition laws or the espionage laws that are being used to possibly prosecute Snowden are too broad, the fact is that he has kick-started a debate that we did not have. This debate was anemic. Everyone was asleep at the switch.

One can only imagine what outcome this debate will have. But we can rest assured that some of the more predictable talking points will include the necessities emerging out of the War on Terror, the rise of the information revolution, and the dangers of Big Brother Government, as well as the NSA’s failure to prevent such attacks as the Boston Marathon Bombing, the Benghazi Embassy bombing, and a slew of other terrorist incidents that took place during Alexander’s tenure.

Do I sound biased? Well perhaps that’s because I am. Go ACLU, stick to Emperor Alexander!

One thought on “Cyberwars: ACLU and NSA ex-Director to Debate Tomorrow!”