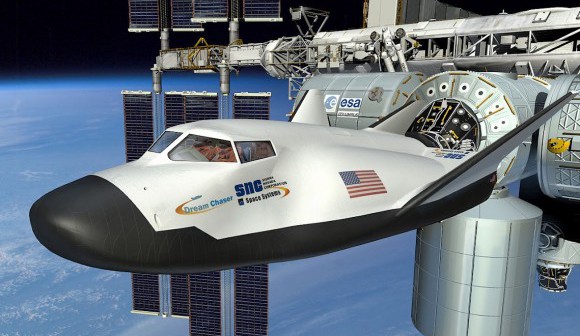 With the cancellation of the Space Shuttle program, and the termination of NASA’s operations with the Russian Federal Space Agency (Roscosmos), NASA has been pushing ahead with several programs designed to restore their access to low Earth orbit and the International Space Station (ISS). One such program is the Dream Chaser, a joint venture between the Sierra Nevada Corporation and Lockheed Martin that aims to create a winged mini-shuttle.

Earlier this month, the program reached an important milestone when the composite airframe structure was unveiled at a joint press conference by Sierra Nevada Corporation and Lockheed Martin at the Fort Worth facility. The assembly of the airframe took place at NASA’s Michoud Assembly Facility (MAF) in New Orleans, where Lockheed Martin is busy fabricating the structural components for the composite structure.

From here, the completed components are shipped to Lockheed Martin’s Aeronautics facility in Fort Worth, Texas for integration into the airframe and assembly. Designed to be launched into orbit atop a United Launch Alliance (ULA) Atlas V rocket and then fly back and land on its power, the Dream Chaser will carry a mix of cargo and up to a seven crewmembers to the ISS before landing on commercial runways anywhere in the world.

According to Mark N. Sirangelo, corporate vice president of Sierra Nevada’s Space Systems, the company chose to partner with Lockheed Martin because of its long history in the development of commercial aerospace technology:

As a valued strategic partner on SNC’s Dream Chaser Dream Team, Lockheed Martin is under contract to manufacture Dream Chaser orbital structure airframes… We competitively chose Lockheed Martin because they are a world leader in composite manufacturing, have the infrastructure, resources and quality control needed to support the needs of an orbital vehicle and have a proven track record of leading our nation’s top aviation and aerospace programs. Lockheed Martin’s diverse heritage coupled with their current work on the Orion program adds an extra element of depth and expertise to our program. SNC and Lockheed Martin continue to expand and develop a strong multi-faceted relationship.

Dream Chaser measures about 9 meters (29 feet) long with a 7 meter (23 foot) wide wing span, and is about one third the size of the Space Shuttle Endeavor and all other NASA orbiters – which were retired beginning in 2011. Upon completion of the airframe manufacturing at Ft Worth, it will be transported to SNC’s Louisville, Colorado, facility for final integration and assembly.

SNC announced in July that they successfully completed and passed a series of risk reduction milestone tests on key flight hardware systems that brought the private reusable spacecraft closer to its critical design review (CDR) and first flight. The Sierra Nevada Corporation is now moving ahead with plans for the Dream Chaser’s first launch and unmanned orbital test flight in November of 2016, which will take place atop an Atlas V rocket from Cape Canaveral, Florida.

Dream Chaser is among a trio of US private sector manned spaceships being developed with seed money from NASA’s Commercial Crew Program in a public/private partnership to develop a next-generation crew transportation vehicle to ferry astronauts to and from the International Space Station by 2017 – a capability totally lost following the space shuttle’s forced retirement in 2011.

These include the SpaceX Dragon and Boeing CST-100 ‘space taxis’, which are also vying for funding in the next round of contracts to be awarded by NASA around September 2014. Between a reusable mini-shuttle, a reusable space capsule, and reusable rockets, NASA not only hopes to restore indigenous space capability, but to drastically cut costs on future space missions. 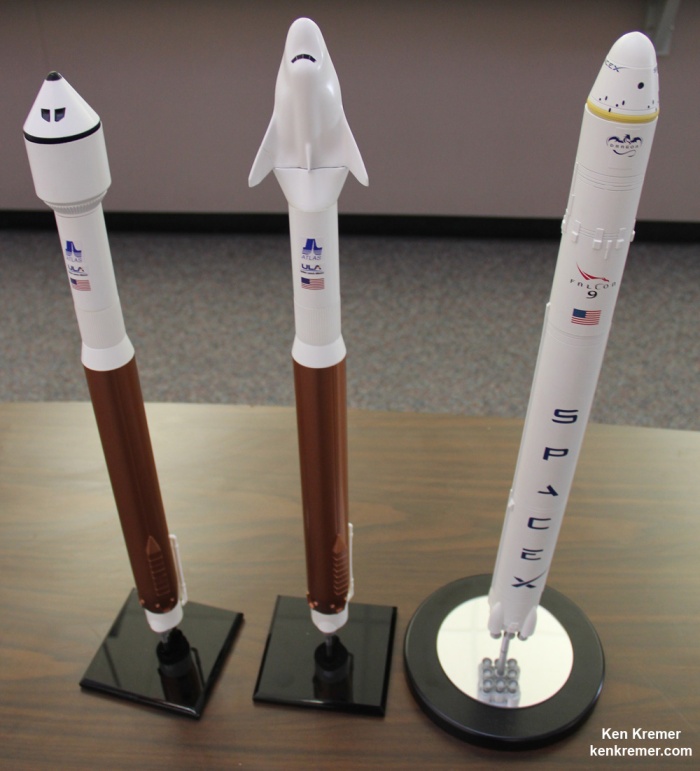