Last week, during a test flight in McGregor Texas, a new space SpaceX Falcon 9 Reusable Development Vehicle 1 (F9R Dev 1) exploded in midair. This three-engine variant of the F9 is the latest in SpaceX’s arsenal of vertical takeoff, vertical landing (VTVL) rockets designed to allow for easy recovery and reuse. Previously, Grasshopper had only used a single Merlin rocket engine; but for this test, a three-engine version of the vehicle was being used.

The F9R Dev 1 is a second-generation test vehicle rocket based on the SpaceX Grasshopper. Built as part of SpaceX’s program to develop a fully reusable launcher system and spacecraft with all components capable of a powered landing, the F9R has lighter, retractable landing legs and is 50 percent longer than the Grasshopper. It made its first flight last April and is capable of flight operations up to 3,000 m (10,000 ft).

This marks the first major failure for SpaceX’s commercial space launch program, and in a statement, SpaceX says the initiated its self-destruct sequence automatically after detecting an anomaly. Nearby residents saw the fireball and local television station KXXV caught the incident on video. From the footage (seen below), the new test rocket is seen going up, turning 90 degrees to horizontal, and then detonating with a rather neat fireball.

Mercifully, no one was harmed (including the local livestock). Following the incident, Elon Musk tweeted that the vehicle “auto-terminated,” but there were no injuries or near-injuries, and that “Rockets are tricky …” SpaceX also released the following statement saying:

Earlier today, in McGregor, Texas, SpaceX conducted a test flight of a three engine version of the F9R test vehicle (successor to Grasshopper). During the flight, an anomaly was detected in the vehicle and the flight termination system automatically terminated the mission.

Throughout the test and subsequent flight termination, the vehicle remained in the designated flight area. There were no injuries or near injuries. An FAA representative was present at all times.

With research and development projects, detecting vehicle anomalies during the testing is the purpose of the program. Today’s test was particularly complex, pushing the limits of the vehicle further than any previous test. As is our practice, the company will be reviewing the flight record details to learn more about the performance of the vehicle prior to our next test.

SpaceX will provide another update when the flight data has been fully analyzed. 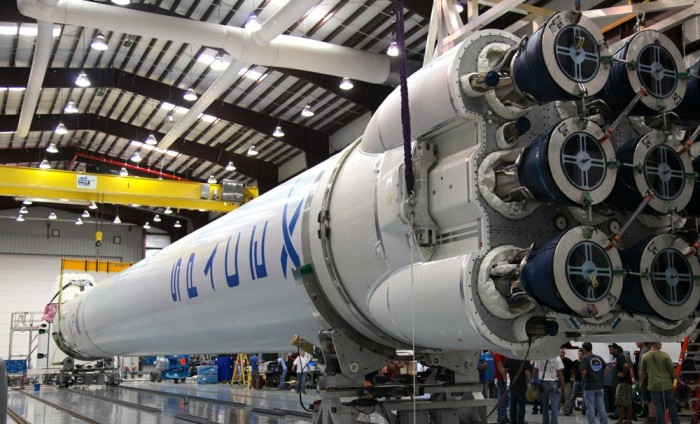 In short, SpaceX was attempting something new and exciting and it didn’t quite go as planned. And although it cost them millions of dollars, rocket scientists know from experience that a controlled detonation in the air is far better than an uncontrolled one on the ground. Should a rocket lose control and crash into the Earth, it will detonate all of its unspent fuel and can cause extensive damage and loss of life.

At this point it’s impossible to say what kind of anomaly was experienced by the rocket, but SpaceX is poring over the gigabytes of flight telemetry data to try and find out what went wrong. In the meantime, space enthusiasts are hoping people will remember that mishaps are part of the development process, and that we’ve come very far since the early days of NASA and Project Mercury, where mistakes and deaths were far more common.

And if SpaceX wants to create the world’s first reusable space launch system, and crack the cheap, commercial space travel market wide open, there are going to be a few fireballs along the way. But as long as it’s just the test launches that explode, we should count our blessings. And in the meantime, be sure to check out the footage obtained by KXXV of the failed test flight: