It seems to be the trend these days. You take a predictions that was once the domain of science fiction and treat it as impending science fact. Then you recommend that before it comes to pass, we pre-emptively create some kind of legal framework or organization to deal with it once it does. Thus far, technologies which are being realized have been addressed – such as autonomous drones – but more and more, concepts and technologies which could be real any day now are making the cut.

It all began last year when the organization known as Human Rights Watch and Harvard University teamed up to release a report calling for the ban of “killer robots”. It was soon followed when the University of Cambridge announced the creation of the Centre for the Study of Existential Risk (CSER) to investigate developments in AI, biotechnology, and nanotechnology and determine if they posed a risk. 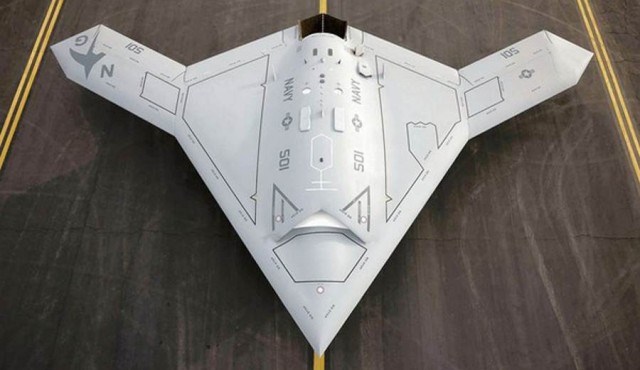 And most recently, just as the new year began, a report funded by the Greenwall Foundation examined the legal and ethical implications of using biologically enhanced humans on the battlefield. This report was filed in part due to advances being made in biotechnology and cybernetics, but also because of the ongoing and acknowledged efforts by the Pentagon and DARPA to develop super-soldiers.

The report, entitled “Enhanced Warfighters: Risks, Ethics, and Policy”, was written by Keith Abney, Patrick Lin and Maxwell Mehlman of California Polytechnic State University.  The group, which investigates ethical and legal issues as they pertain to the military’s effort to enhance human warfighters, received funding from the Greenwall Foundation, an organization that specializes in biomedicine and bioethics.

In a recent interview, Abney expressed the purpose of the report, emphasizing how pre-emptive measures are necessary before a trend gets out of hand:

“Too often, our society falls prey to a ‘first generation’ problem — we wait until something terrible has happened, and then hastily draw up some ill-conceived plan to fix things after the fact, often with noxious unintended consequences. As an educator, my primary role here is not to agitate for any particular political solution, but to help people think through the difficult ethical and policy issues this emerging technology will bring, preferably before something horrible happens.”

What’s more, he illustrated how measures are necessary now since projects are well-underway to develop super soldiers. These include powered exoskeletons to increase human strength and endurance. These include devices like Lockheed Martin’s HULC, Raytheon’s XOS, UC Berkeley’s BLEEX, and other projects.

In addition, DARPA has numerous projects on the books designed to enhance a soldiers abilities with cybernetics and biotech. These include VR contact lenses, basic lenses that enhance normal vision by allowing a wearer to view virtual and augmented reality images without a headset of glasses. There’s also their Cognitive Technology Threat Warning System (CT2WS), which is a computer-assisted visual aid that instantly identifies threats by augmenting their visual faculties.

And in the cognitive realm, there are such programs as Human Assisted Neural Devices (HAND) that seeks to strengthen and restore memories and the Peak Soldier Performance (PSP) program that will  boosthuman endurance, both physical and cognitive. But of course, since post-traumtic stress disorder is a major problem, DARPA is also busy at work creating drugs and treatments that can erase memories, something which they hope will give mentally-scarred soldiers a new lease on life (and military service!)

And of course, the US is hardly alone in this regard. Every industrialized nation in the world, from the EU to East Asia, is involved in some form of Future Soldier or enhanced soldier program. And with nations like China and Russia catching up in several key areas – i.e. stealth, unmanned aerial vehicles and aeronautics – the race is on to create a soldier program that will ensure one nation has the edge.

But of course, as Abney himself points out, the issue of “enhancement” is a rather subjective term. For example, medical advancements are being made all the time that seek to address disabilities and disorders and also fall into the category of “enhancement”. Such ambiguities need to be ironed out before any legal framework can be devised, hence Abney and his associates came up with the following definition:

“In the end, we argued that the best definition of an enhancement is that it’s ‘a medical or biological intervention to the body designed to improve performance, appearance, or capability besides what is necessary to achieve, sustain or restore health.”

Working from this starting point, Abney and his colleagues made the case in their report that the risk such enhancements pose over and above what is required for normal health helps explain their need for special moral consideration.

It’s complicated, and if it’s something the powers that be are determined to do, then they need to be addressed before they become a going concern. Last thing we need is a whole bunch of enhanced soldiers wandering around the countryside unable to turn off their augmented killer instincts and super-human strength. Or, at the very least, it would be good to know we have some kind of procedure in place in case they do!