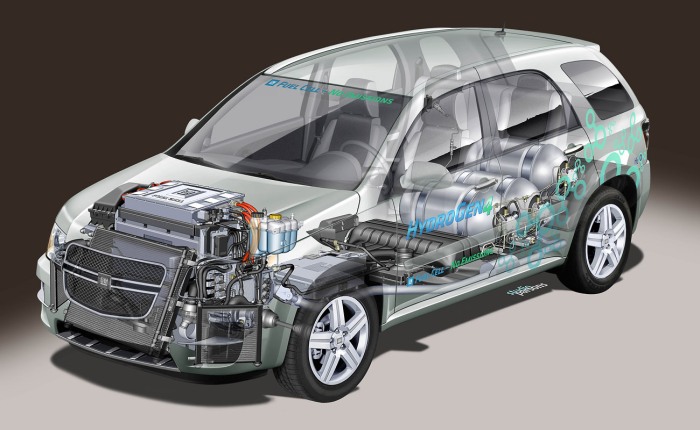 One of the greatest challenges facing renewable energy is making it affordable and cost effective, to the point where it will naturally offset such sources as fossil fuels and coal. And when it comes to hydrogen fuel cells, a recent development may have accomplished just that. Quite surprising when you consider that it came from Alberta, home of the Athabasca Oil Sands and an output of roughly 4 million barrels of crude a day.

It all happened late last month, when researchers at the University of Calgary published a paper in the Journal of Science that they had come up with a much cheaper and easier way to build an electrolyzer. This is the device that uses electricity to break up water into hydrogen and oxygen, which are then used to power hydrogen fuel cells.

For some time now, these fuel cells have been considered the most promising means of powering automobiles with a clean, renewable energy source. By recombining the two basic elements of hydrogen and oxygen, energy is generated and the only waste product is water. The only difficulty is the means of production, as electrolyzers often depend on expensive and sometimes toxic metals.

The most common of current methods involves the use of expensive rare earth metals in precise crystalline arrangements to catalyze, or speed up, the reaction. But with the new process developed by Chris Berlinguette and Simon Trudel comes into play, which involves catalyzers built out of common metals without the need for the crystal structure, the process will not only be vastly simplified but extremely cheaper.

Based on the estimates presented in their paper, Trudel and Berlinguette estimate that their new eletrolyzer will deliver results comparable to current techniques but at a cost of about one-one-thousandth the norm. The implications for clean, renewable energy,  such as wind or solar generators, could be enormous. Not only would it be far cheaper and more efficient, there would be far less toxic waste materials produced.

Not only that, but another major stumbling block for clean energy could be overcome. As is the case with just about any type of renewable power source – wind, solar, tidal – is that it is dependent on conditions which limit when power can be generated. But stored hydrogen energy can be used at anytime and could easily replace gas and coal, just as long as the production process is cost-effective. 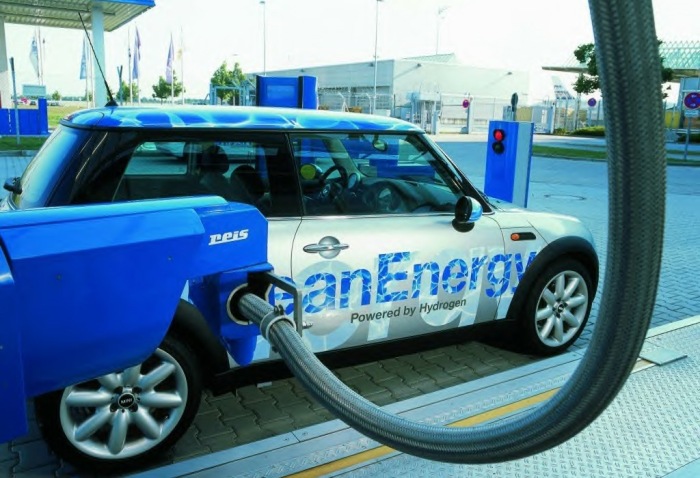 As Berlinguette himself pointed out, making and electrolyzer cost-effective means being able to produce power on demand and to scale:

In anticipation of the inevitable investment this will attract, Berlinguette and Trudel have already formed a company called FireWater Fuel Corp. to market their work and expect to have a commercially available electrolyzer by next year. So for those of you with money to invest and a socially-responsible, environmental outlook, get out your check books out and be prepared to invest!

Fans of Total Recall may recall the Johnnycab, a robot taxi service that helped Arny get to where he was going and flee his armed assailants. Well, as it turns out, personal automated podcars (aka. robotaxis) are not a thing of the future anymore. Yes, as it turns out, Masdar City in the United Arab Emirates has a taxi service that consists of a small fleet of autonomous taxis which run entirely on electricity.

Invented by a European company named “2GetThere”, the service accommodates somewhere in the vicinity of 25,000 people per month. As part of the growing project to create a self-sustaining city that runs on clean, renewable energy, these rails are consistent with the city’s ethos and are expected to pave the way for clean mass transit. Best of all, the 2GetThere models don’t have weird-looking animatronic robot busts sitting in the front seat to creep you out and provide needless comic relief!

But of course, the UAE is not the only place where robotaxis can be found, nor is 2GetThere the only company investing in this revolutionary technology. In San Jose, the so-called “Capital of Silicon Valley”, similar efforts are being made to create clean, sustainable transportation. In this case, it takes the form of the Personal Rapid Transit System; or as it is more widely known, Podcars.

The system involves a series of on-call, point to point transit cars which move about on main lines and intermediate stations to find the quickest route to a destination. Under normal conditions, this means of transit has been shown to be faster than other forms of mass transit or automobile. The “matrix”, or looped layout structure of the network, allows for high-volume and is also expected to lessen the burden on conventional transit systems.

Granted, both networks are in their infancy, but both the science and the planning behind them is sound and expected to take off in the near future. Much like mag lev and light rail train systems, they are part of a growing Eco-friendly attitude towards city planning and mass transportation which is anticipated to become the mainstay of urban development and renewal in the 21st century.

And of course, Google and other companies are also hard at work trying to bring us other designs and concepts. Amongst them are true self-driving cars, the kinds that may very well involve robot drivers. But in all likelihood, these will take the form of truly “smart” cars – i.e. the kind that can guide themselves, pick optimal routes, and avoid accidents and traffic congestion. Sad to think that the days of driving might actually be coming to an end. But hey, at least we might save the planet in the process!