We come to it at last, the finale of the webseries BSG: Blood & Chrome! And much like with the rest of the show, my feelings were largely positive, with just a few rejoinders. There were some flaws, some weaknesses; mainly things that pointed to some writing and/or production issues. But overall, it was a testament to the enduring appeal of the relaunched franchise and its creative team.

And I look forward to when the Syfy network will be airing it this month, as I imagine an official launch will correct a lot of these bumps. As I’m sure we can all agree, there’s nothing that can’t be fixed with bigger budgets and more oversight! But of course, I digress. Here’s what happened in the final two episodes and the culmination of the webseries.

The series opens once again with our heroes being held up inside the resort on Djerba after the Cylon attack. Toth is dead, and once again, an argument erupts over what they are to do. Adama and Kelly insist they continue, but Coker raises his weapon at her and demands that she divulge the details of their mission first. She begins explaining that the target is an automated communications hub located on the planet, and her mission is to upload a virus contained in her dogtags.

They proceed on foot to the communications hub and find it undefended. Kelly hops on the Cylon terminal and begins to upload the contents of her dogtags, but Coker shoots her when he sees a Battlestar on the display screen. He tells Adama that she is a traitor, and that the Cylons spared her back at the resort because they saw what she was carrying in her dogtags and realized she was one of them. Kelly shoots Coker and holds Adama at gun point, and explains that her betrayal is necessary since the Cylons are just defending themselves and value life more than humans do. 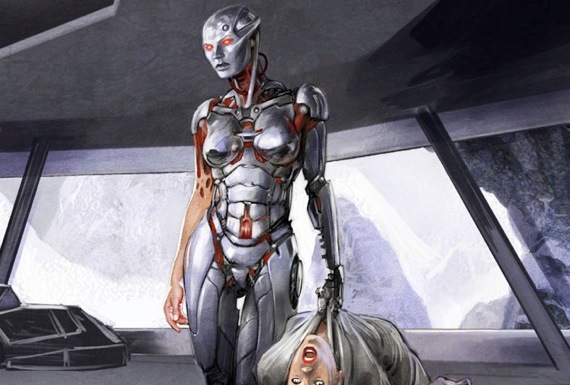 Adama shoots Kelly and destroys the array. She leaves Kelly behind and drags Coker away from the array. Together, they wait outside in the snow for a rescue and Coker reveals that he has a wife waiting for him back at home. Coker then gives Adama the photo and apparently dies, and a Raptor arrives to pick them up. Back at the array, a semi-humanoid Cylon comes to Kelly and tells her that her “more enlightened” views do not excuse her from the Cylons hatred, and then snaps her neck.

Adama finds himself aboard the Galactica and is met by Commander Nash, who explains to him that they knew of Kelly’s planned betrayal and moved accordingly. While they were on Djerba and the Cylons were following Kelly’s transmission, the “ghost fleet” struck at a dozen Cylon installations and bases along the front. He gives Adama a pep talk about the need to sacrifice all things, even the facts, for the sake of the war effort, and Adama reluctantly accepts. He is transferred to a Viper squad and is reunited with Coker, who appears to be alive after all.

Adama joins the fleet and begins flying as a combat pilot. The war continues, with Colonial forces winning, and the series ends with Adama sealing a letter to his father. 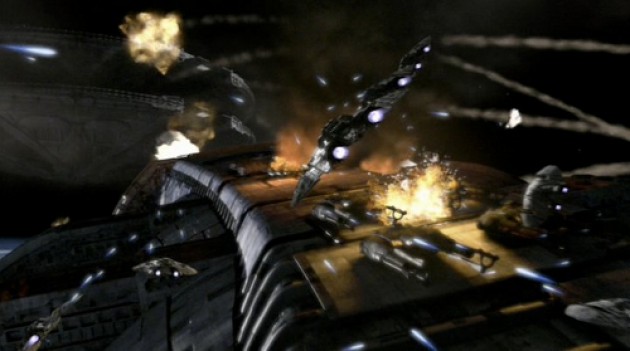 Summary:
Like I said, there were some weaknesses in this final installment which I could not overlook. It still managed to deliver and ended on a high note, but the bumps along the way need to be acknowledged. First, there were some scripting errors which were pretty similar to stuff found in previous episodes and evidence of cut corners. This could be written off as due to budgets and the need for quick production, but what can you say? These things tend to stand out.

First off, there was the fact that Toth is written off and is not seen again after his quick death in episode 8. Much time was dedicated to the fact that this man was as a survivor who managed to stay alive in a hostile environment permeated by Cylons and their ugly creations. But as soon as the attack party shows up, he goes down mighty quick and is never heard from again. Feels weak.

And then, in the course of yet another argument of what they are to do, Coker and Kelly discuss the true nature of their mission, and it sounds like a broken record on repeat. Basically, she tells him that their target is an automated communications array not once, not twice, but thrice! All the while, he keeps demanding she tell him everything, but she just says the same thing each time:  “The target is an automated facility. The automated facility is six km from here. It’s automated so it’s undefended.” That’s basically what she says. Did the writer forget to proofread or something?

And they also confirm in these last episodes that the resort was a place where the Cylons were carrying out experiments on human anatomy that were clearly part of their ongoing efforts to merge the organic with the synthetic. So… why was Toth based there? If this was a Cylon facility, why was the lone survivor of the special ops team hiding out there and using it as his base of operations? Wouldn’t that be considered bad tactics, camping out in the enemy lair?

And then came the scene where Kelly is confronted by the quasi-humanoid Cylon that is meant to call to mind Caprica Six and the other flesh and blood Cylons from the new series. It is still in production and only has flesh along one arm, the rest composed of an anthropomorphized shell and with a female voice. After finding her wounded, this sympathizer who tried to help them, it simply tells her that “we don’t hate you any less just because you side with us”, and then proceeds to snap her neck.

Seriously, that was kind of dumb. This is a woman with operational intel of the Colonial Fleet who helped to design them. Why would they kill her, except out of some sense of blind, irrational hatred designed to prove that the Cylons really and truly were evil? That was my feeling in this scene, that it was set up to disprove everything she said about how the Cylons value life more than humans. And I couldn’t help but feel that a much better plot point would be that they decide to take Kelly and use her expertise to further their experiments with biological machinery.

Last, but not least, there’s the way the twist ending pretty much contradicts everything we were told up until that point. Early in the series, Adama is told by the Admiral that his gung-ho attitude will get people killed, hence why he gives eager recruits “milk runs” until they calm down. But by the end, we learn that the whole “milk run” was actually cover for an extremely vital mission.

So… they deliberately sent a rookie and a malcontent to conduct the most important mission of the war? Was that part of the cover? Or was it that they were only supposed to transport the doctor to the attack fleet, but inadvertently became involved once it was clear that things weren’t going according to plan? Hard to say, really. But they never attempted to explain it. By the show’s end, we’re just meant to accept that this was their plan all along and it worked!

But of course, there were good parts as well and plenty of saving graces. For example, I was kind of wondering what happened to the rest of the ghost fleet after the Osiris jumped to Djerba to do their attack run. Turns out, it was earmarked for a big offensive in other sectors that turned the tide of the war, which made sense and provided a simple but effective resolution. What’s more, the ending provided some hints that a continuation would be in the works, a series that follows how the Colonial Fleet went from fighting a losing war to beating the Cylons and sending them into exile.

And sure enough, the special effects, tone, and tempo of the show never failed to impress. In the end, as with the rest of the series, you get the unmistakable sign of quality and attention to detail which anyone who loved the relaunched series or Caprica would come to expect. Yeah, at times you get that artificial environment or “that doesn’t look real” feeling, but sure as shit, the CGI has come a long way in the past few years and its shows here.

Well, that about wraps up the BSG: Blood & Chrome series. As I said, it is expected to air as a televised movie this month on the Syfy network, and based on the popularity of that, could turn into the next BSG miniseries. Fingers crossed, because I think there’s plenty of potential to be had here! Not only are William Adama and Coker, as portrayed by Luke Pasqualino and Ben Cotton good characters, but I personally felt that Brian Markinson (who played Commander Nash) didn’t get enough screen time and would be an awesome character.

And of course, there’s plenty of story arc to be had. In addition to all the action and warfare, you could also show how Adama and Tigh first met, how Adama worked his way up the chain of command to become an officer. How he and Tigh fell on hard times, and delve into the motivations of the Cylons and how they came to meet the Final Five and were given resurrection technology way back when. Ordinarily, I’m not a fan of prequels, but I tell ya, there’s plenty of material here! Exploit, people, exploit!