In the past few years, medical researchers have been able to replicate real, living tissues samples using 3-D printing technology – ranging from replacement ears and printed cartilage to miniature kidneys and even liver cells. Well now, thanks to a team of researchers from the University of Cambridge, eye cells have been added to that list.

Using a standard ink-jet printer to form layers of two types of cells,  the research team managed to print two types of central nervous system cells from the retinas of adult rats – ganglion cells (which transmit information from the eye to the brain), and glial cells (which provide protection and support for neurons). The resulting cells were able to grow normally and remain healthy in culture.

Ink-jet printing has been used to deposit cells before, but this is the first time cells from an adult animal’s central nervous system have been printed. The research team published its research in the IOP Publishing’s open-access journal Biofabrication and plans to extend this study to print other cells of the retina and light-sensitive photoreceptors.

In the report, Keith Martin and Barbara Lorber – the co-authors of the paper who work at the John van Geest Centre for Brain Repair at the University of Cambridge – explained the experiment in detail:

Our study has shown, for the first time, that cells derived from the mature central nervous system, the eye, can be printed using a piezoelectric inkjet printer. Although our results are preliminary and much more work is still required, the aim is to develop this technology for use in retinal repair in the future.

This is especially good news for people with impaired visual acuity, or those who fear losing their sight, as it could lead to new therapies for retinal disorders such as blindness and macular degeneration. Naturally, more tests are needed before human trials can begin. But the research and its conclusions are quite reassuring that eye cells can not only be produced synthetically, but will remain healthy after they are produced.

Clara Eaglen, a spokesperson for the Royal National Institute of Blind People (RNIB), had this to say about the breakthrough:

The key to this research, once the technology has moved on, will be how much useful vision is restored. Even a small bit of sight can make a real difference, for some people it could be the difference between leaving the house on their own or not. It could help boost people’s confidence and in turn their independence.

Combined with bionic eyes that are now approved for distribution in the US, and stem cell treatments that have restores sight in mice, this could be the beginning of the end of blindness. And with all the strides being made in bioprinting and biofabrication, it could also be another step on the long road to replacement organs and print-on-demand body parts. 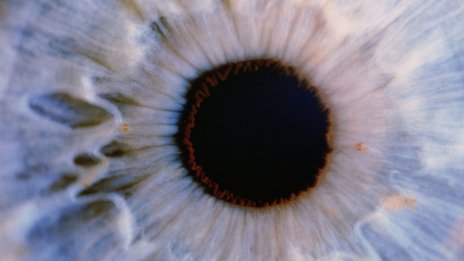 According to a recent study in Nature Biotechnology, a significant leap has been made towards the curing of blindness. Using stem cells, researchers at the Moorfields Eye Hospital and University College London claim that the part of the eye which actually detects light can be repaired. An animal study revealed that it could be done, and human trials are now a realistic prospect.

Experts described it as a “significant breakthrough” and “huge leap” forward, and for good reason. In the past, stem cell research has shown that the photoreceptors in the eye that degrade over time can be kept healthy and alive longer. But this latest trial shows that the light-sensing cells themselves can be replaced, raising the prospect of reversing blindness.

The Moorfields research team used a new technique for building retinas in the laboratory, collecting thousands of stem cells, which were primed to transform into photoreceptors, and injecting them into the eyes of blind mice. The study showed that these cells could hook up with the existing architecture of the eye and begin to function.

However, with ongoing trials, the results remain limited. Of the 200,000 or so stem cells injected into the eyes of the blind mice, only about 1,000 cells actually hooked up with the rest of the eye. Still, the margin for success and the fact that they were able to rehabilitate receptors thought to be dead was quite the accomplishment.

This is a real proof of concept that photoreceptors can be transplanted from an embryonic stem cells source and it give us a route map to now do this in humans. That’s why we’re so excited, five years is a now a realistic aim for starting a clinical trial.

The eye remains one of the most advanced fields of stem cell research, with clinical trials aiming to correct macular degeneration, astigmatism, and other degenerative and inherited traits. And compared to other fields, like neurological disorders and impairments, it is a relatively simple one. Hence, much less cells would also be needed to make a difference, as opposed to other organs, like a failing liver or kidney.

Whereas reversing something like dementia requires stem cells to hook up and repair far more cells across the brain, light sensing cells are easier to deal with, since they only have to pass their electrical message to one or more cells. What’s more, the immune system is relatively weak in the eye, which means the chances for stem cell rejection.

As Chris Mason, a Professor from the University College London, told the BBC:

I think they have made a major step forward here, but the efficiency is still too low for clinical uses. At the moment the numbers of tiny and it will take quite a bit of work to get the numbers up and then the next question is ‘Can you do it in man?’ But I think it is a significant breakthrough which may lead to cell therapies and will give a much expanded knowledge on how to cure blindness.

In short, the results are encouraging and human trials could begin within five years. And given the likelihood for success, blindness could very become a thing of the past within a decade or so.