Thanks to increasing efficiency in solar panels, as well as dropping costs for manufacture and installation, generating renewable electricity at home or in commercial  buildings is becoming increasingly viable. And this fast-growing trend has been manifesting itself in an impressive list of “world’s largest” projects, with government and industry pairing to make renewable energy a major power source.

For example, back in January, the world’s largest solar bridge was completed in London on the Blackfriars Bridge. As part of Blackfriars Station in London, the bridge was fitted with 4,400 photovoltaic panels between 2009 and 2014 – which are expected to reduce the station’s CO2 emissions by an estimated 511 tonnes (563 tons) per year. Considering London’s issues with air quality and mass transit, this is a major step towards sustainability. 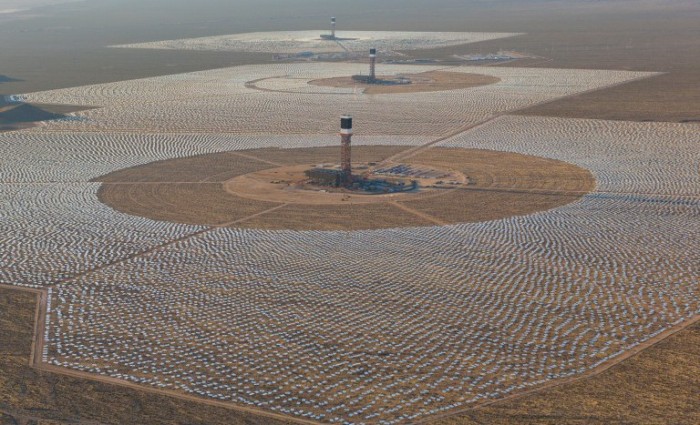 Then in February, the Ivanpah Solar Electric Generating System (ISEGS) – the world’s largest solar-thermal plant – became fully operational in the Mojave Desert in southeastern California. The 392 MW plant, which was developed with funding from NRG Energy, Google, and BrightSource Energy, is expected to generate enough electricity to power 140,000 homes, each year.

And in April, Jaguar joined Audi, Ferrari and Renault by installing fields of solar panels on top of its new Engine Manufacturing Center in South Staffordshire. This solar field is now the largest rooftop array in the UK, comprising over 21,000 photovoltaic panels and a capacity of 5.8 MW. Jaguar estimates the installation will meet more than 30 percent of the centers energy needs and reduce the plant’s CO2 footprint by over 2,400 tonnes (2,645.5 tons) per year.

And now, Windstream Technologies – a commercial wind and sun generating firm aimed at bringing renewable energy to municipalities, commercial buildings and homes -has installed what it says is the world’s largest wind-solar hybrid array on the roof of the Myers, Fletcher, & Gordon (MFG) lawfirm in Kingston, Jamaica. The array is expected to generate over 106,000 kWh annually and demonstrates the ability to maximize energy production with limited roof space.

MFG’s installation is a part of an effort by Jamaica’s sole energy provider, Jamaica Public Service, to make the capability for producing renewable energy for its approximately one-million citizens more widely available. The array is expected to generate 25kW of wind power and 55kW of solar power, and the electricity generated can either be used, stored off-grid or fed back into the grid.

The installation incorporates 50 of WindStream’s SolarMill devices, with each different model comprising one or more solar panel and three or more turbines. This is to ensure that the daily and seasonal trends of wind and solar resources are all mitigated by capturing both at any time of the day or year. Windstream says it will return its investment within four years and will produce savings of around US$2 million over the course of its estimated 25-year lifespan.

Merging solar, wind and other renewable technologies into communities, commercial spaces and housing is not only a means of cutting emissions and utility bills, it is also a way to tackle two of renewable energy’s greatest stumbling blocks. These are the problems of storage and intermittency – generating energy when it’s needed and getting it to where it’s needed.

And be sure to check out this video of the rooftop array from Windstream Technologies:

Deep Space Industries, a private aerospace company, has been making a big splash in the news lately. Alongside SpaceX, they have been pioneering a new age in space exploration, where costs are reduced and private companies are picking up the slack. And in their latest bid to claim a share of space, the company announced plans late in January to begin asteroid prospecting operations by 2015.

For some time, the concept of sending spaceships to mine asteroids and haul ore has been explored as a serious option. Within the asteroid belt that lies between Mars and Jupiter, countless tons of precious metals, carbon, silicates, and basaltic minerals. If humanity could tap a fraction of a fraction of that mineral wealth, it would be able to supply Earth’s manufacturing needs indefinitely, without all the harmful pollutants or run off caused by mining.

So to tap this potential goldmine (literally!) known as the Asteroid Belt, DSI plans to launch a fleet of mini spacecraft into solar orbit to identify potential targets near to Earth that would be suitable to mine. Lacking the resources of some of the bigger players in the space rush, DSI’s probes will ride-share on the launch of larger communications satellites and get a discounted delivery to space.

Initially, a group of 25kg (55 pounds) cubesats with the awesome designation “Firefly” will be launched on a journey lasting from two to six months in 2015. Then, in 2016, the 32 kilograms (70 pound) DragonFly spacecraft will begin their two-to-four-year expeditions and return with up to 68 kilograms (150 pounds) of bounty each. Beyond this, DSI has some truly ambitious plans to establish a foundry amongst the asteroids.

That’s another thing about the Belt. Not only is it an incredibly rich source of minerals, its asteroids would make an ideal place for relocating much of Earth’s heavy industry. Automated facilities, anchored to the surface and processing metals and other materials on site would also reduce the burden on Earth’s environment. Not only would there be no air to befoul with emissions, but the processes used would generate no harmful pollutants.

In DSI’s plan, the foundry would use a patent-pending nickel gas process developed by one of DSI’s co-founders, Stephen Covey, known as “sintering”. This is the same process that is being considered by NASA to build a Moon Base in the Shackleton Crater near the Moon’s south pole. Relying on this same technology, automated foundries could turn ore into finished products with little more than microwave radiation and a 3D printer, which could then be shipped back to Earth. 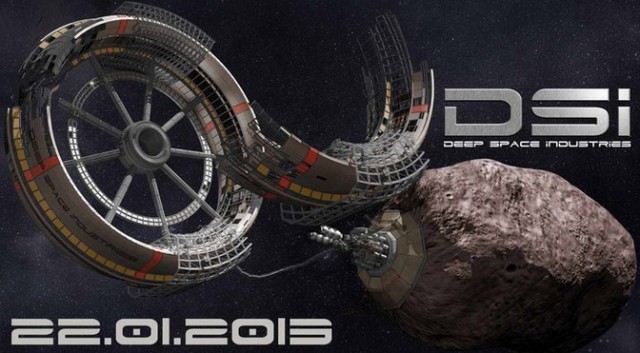 Naturally, DSI will have plenty of competition down the road. The biggest comes from Google-backed Planetary Resources which staked it claim to an asteroid last April. Much like DSI, they hope to be able to mine everything from water to fuel as well as minerals and rare earths. And of course, SpaceX, which has the most impressive track record thus far, is likely to be looking to the Asteroid Belt before long.

And Golden Spike, the company that is promising commercial flight to the Moon by 2020 is sure to not be left behind. And as for Virgin Galactic, well… Richard Branson didn’t get crazy, stinking rich by letting opportunities pass him by. And given the size and scope of the Belt itself, there’s likely to be no shortage of companies trying to stake a claim, and more than enough for everyone.

So get on board ye capitalist prospectors! A new frontier awaits beyond the rim of Mars… 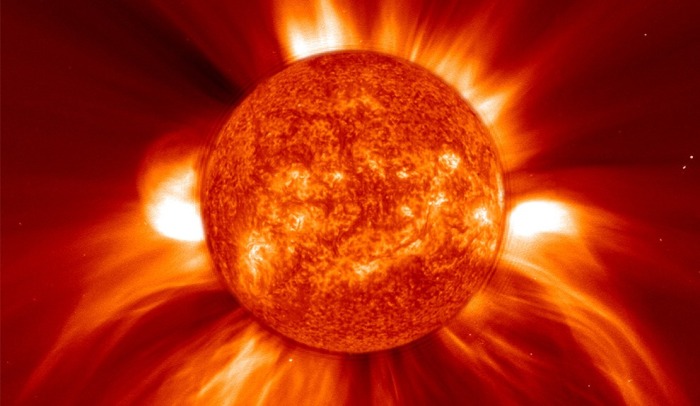 Welcome back to another installment in PBTS! Today’s news item is a rather interesting one, and it comes to us from the University of Delaware where researcher Erik Koepf has come up with an interest twist on solar power. In most cases, scientists think to use cells that can absorb photons and use them to generate a flow of electrons. But in Koepf’s case, sunlight is used in a different way; namely, as a means of creating alternative fuels.

Basically, the concept for Koepft’s new solar-powered reactor revolves around the idea of getting directly to the hydrogen that is found in conventional fuels, i.e. coal and fossil fuels. While they are decent enough energy sources, they do not burn clean, due to the extensive impurities they carry and by-products they create. If it were possible to remove the essential hydrogen from them, we would have a clean burning and efficient energy supply without the hassle of pollution.

And that’s where the solar reactor comes in. As the name suggests, the reactor relies on the Sun’s energy, which it then uses to split water molecules to get at their hydrogen atoms. This is done by exposing a zinc oxide powder on a ceramic surface to massive amounts of focused sunlight. From there, a thermochemical reaction happens that splits water apart into oxygen and hydrogen.

Though it may sound complicated, the sheer beauty of this concept lies in that fact that it uses the Sun’s infinite energy to do the heavy lifting and accomplish atom smashing. No particle accelerators, no nuclear fusion or fission; and best of all, no pollution! Since the process creates no emissions or Greenhouse gases, this is perhaps one of the most environmentally friendly energy concepts to date.

But of course, the project has some additional requirement which fall under the heading, “additional parts sold separately”. For one, the reactor needs to get seriously hot – between 1750° to 1950° Celsius (3182° to 3542° Fahrenheit) – before it can get to the work of splitting water molecules. For this, a focusing mirror that is roughly 13 square meters, flawlessly flat and 98% reflective is needed. 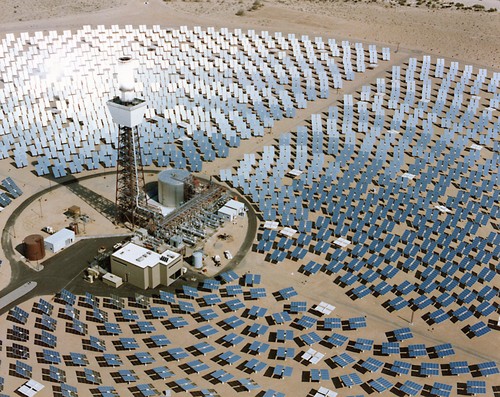 No much mirror existed when Koepf and Michael Giuliano (his research associate) got started, so they had to develop their own. In addition, that mirror needs to focus the solar energy it collects onto a tiny six centimeter circle that has to be precisely aimed. If the light is just a millimeter or two off to one side, the entire reactor could be damaged. In essence, the system is simple and ingenious, but also temperamental and very fragile.

What’s more, just how efficient it is remains to be seen. While the first tests were successful in creating small amounts of hydrogen, the  the real test will take place next month when the duo present their reactor in Zurich, Switzerland, where it will be running at full power for the very first time. Naturally, expectations are high, but it is too soon to tell if this represents the future or a failed attempt at viable alternative power.