When it comes to providing energy in the “developed world”, the challenge is in finding ways to generate electricity, heat, and cooling in a way that will not burden our environment. Whereas providing these things in the past has never been much of a challenge, finding ways to meet future demand in a way that is sustainable and renewable often is. Lucky for us, we have the means to meet this challenge head on.

But in the “developing world”, where the infrastructure does not readily exist, populations continue to grow exponentially, and the concerns about the natural environment are quite grave already, the challenge of providing for people’s basic needs presents a significant challenge. At the same time however, it presents an opportunity for creative solutions.

What follows is just a few examples of what engineers and designers have come up with in recent years. These devices are especially innovative because they are capable of increasing the supply of safe, cheap energy on a user-by-user basis, bypassing the years it takes to extend a power grid to remote places, the resources needed to increase a country’s energy production capacity, or the environmental damage involved. 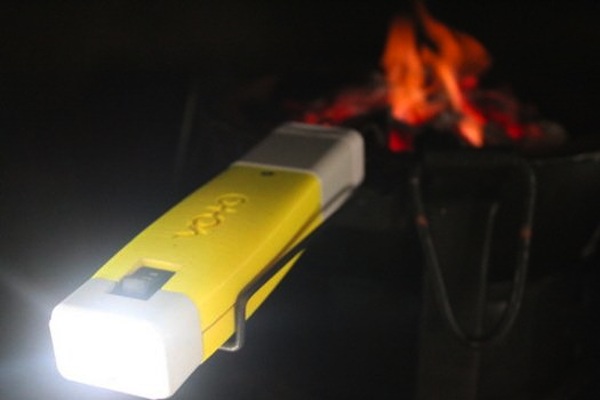 1. The Voto: Millions of people around the world use coal or wood-fired stoves to provide for their cooking and heating needs. Developed by the company Point Source Power, the VOTO converts the energy these fires release as heat into electricity, which can power a handheld light, charge a phone or even charge a spare battery. Initially designed for backpackers and campers, the company is also trying to find a way to make it accessible to residents of the developing world, where it will be much more useful.

2. Window Socket: Here we have what is perhaps the simplest solar charger in existence. Simply attach the suction cup to a window or any sun-exposed surface, let sit for 5 to 8 hours, and the solar panels will store enough electricity to power a device for up to ten hours. Created by Kyuho Song and Boa Oh of Yanko Design to resemble a normal wall outlet as closely as possible, the charger can be taken and used anywhere, making it truly versatile. 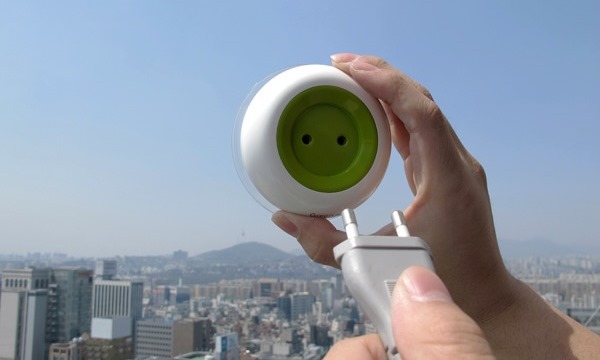 3. The Berkeley-Darfur Stove: In recent years, health researchers have come to the conclusion that open-fire stoves lead to millions of deaths in the developing world. Hence this design by Potential Energy, a nonprofit dedicated to adapting and scaling technologies to help improve lives in the developing world. Featuring a tapered wind collar, a small fire box opening, nonaligned air vents that reduce the amount of wind allowed to stoke or snuff the fire, and ridges that ensure the optimal distance between the fire and pot, this stove is safe, fuel-efficient, and requires less wood to power. Over 25,000 units have been distributed to the Darfur region and Ethiopia so far. 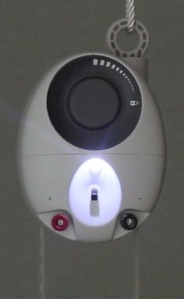 4. Gravity Light: Along with wood-burning stoves, kerosene-burning lamps are also a major health concern because of the fumes they create. Hence the simple and elegant solution known as the Gravity Light. Developed by the research initiative deciwatt.org, the device is powered by attaching a 20 lbs bag or rocks or dirt to a cord and then lifting it into place. The potential energy stored in that lifting motion is then gradually converted to electricity as the the bag descends over the course of about 30 minutes, powering a light or other electrical device in that time.

5. SOCCKET: Soccer is easily the most popular sport in the world, with millions of people playing daily. And in an attempt to turn this daily activity into an efficient form of energy that would replace kerosene lamps, Uncharted Play, a for-profit social enterprise, has created a ball that uses a kinetically-powered pendulum to generate and store electricity. After about 30 minutes of play, the ball stores enough energy to power an attachable LED lamp for 3 hours. Development of the product was funded via Kickstarter, and the first ones will ship in the next few weeks. A percentage of all retail sales will go to providing SOCCKETs to schools in the developing world. 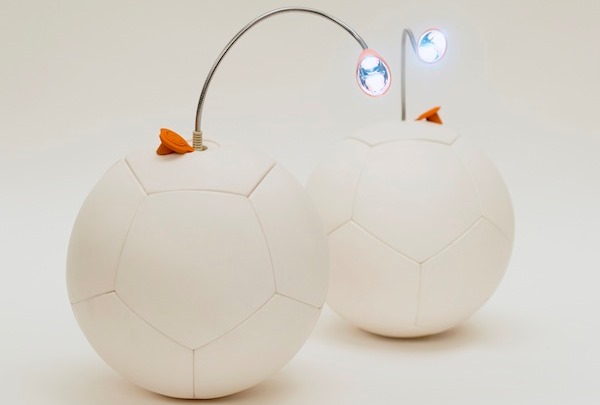 When it comes right down to it, these devices are especially innovative because of the way they marry  new technology to basic utility. In the end, what people get are things that are simple to use, effective, clean, and safe. And if history and sociological research have taught us anything, it’s that little things that make life healthier and easier have a profound impact on the lives of people.

Combined with large-scale concept (like 3D-printed structures) simple solutions like these are likely to make a big difference in the lives of millions of people. By ensuring that people have access to lighting and heating that does not compromise their health, is better for their environment, and less-labor intensive and expensive, the daily grind that characterizes far too many people’s existence is sure to get easier and allow for new opportunities.

Though they might seem like minor improvements, incremental changes have a way of adding up and can lead to serious and positive social change. And I for one am eager to see it happen!