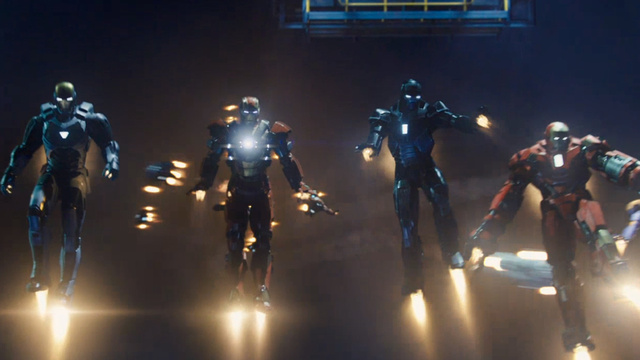 I just can’t resist posting the latest from HISHE whenever they come up with a new movie spoof. For those who have yet to see Iron Man 3 (myself included), it may not make much sense, and does come with a warning that it contains some spoilers. So if you haven’t seen it yet, do so this weekend (like me), and then come back and we’ll all have a good laugh together.

Otherwise, enjoy the clip and – for the love of God – don’t tell the rest of us why it’s hilarious! I for one still plan to see it and hope to realize it’s significance for myself. Enjoy! 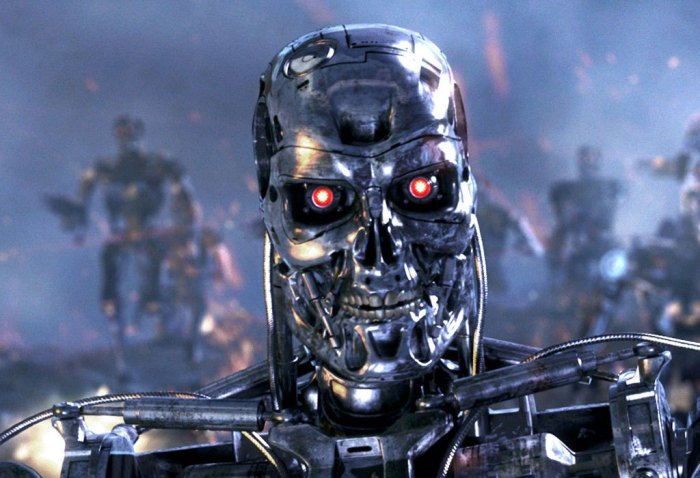 As usual, HISHE has graced us with a silly, scathing and common-sense analysis of how a movie franchise was so full of plot holes so big, you could drive a truck through them! And in this installment, they tackle the ongoing (and worsening) Terminator series. Lucky for all of us this franchise is getting a reboot, because the last two movies really did a number on its credibility!

And doing a little crossover with Back to the Future, they pretty much tackled the central premise which emerged with the ongoing Terminator movies. Why send killing machines back in time to epochs that are closer and closer to the future in question? Why not go back in time to when they were a toddler and still toilet training? You could catch them while they’re on the potty instead of all grown up and qualified to use firearms!

In keeping with their usual sarcastic wit and keen observations, the folks at HISHE have released another Star Wars spoof. And as usual, you have to admit, it does present a few inconvenient plot holes, contrived twists and continuity errors that didn’t quite make sense. Especially when one considers the problems arising out of them Star Wars prequels…

Basically, if Anakin didn’t know he had kids in the first place, why didn’t he react more angrily when the Emperor told him? Wouldn’t he have been like, “You don’t me I killed my wife? How did she have kids?” And why did Yoda and Obi-Wan let Luke risk his life to go face Vader? And why didn’t Vader using that little thing known as the Force to keep his son from attempting to fall to his death?

It’s been awhile since I checked HISHE, and it seems they tackled a few gems while I was out doing other things. The latest in their lineup is this, a parody on Peter Jackson’s latest adaptation from the Tolkien universe. While I have yet to see the movie, I read the book and am familiar with just about everything the movie did by reputation alone. And I think these guys stuck it pretty good, as usual!

In fact, I would recommend checking out the site when you’re done watching this video and seeing what they did for Lord of The Rings as well. Not only do they tie together, but are a pretty example of how a more sensible ending can cut down on some serious screen time!

Here in the link to the site. Enjoy the video!

Hi all! Remember HISHE, the hilarious animated website that does alternate ending to movie? Turns out they had an Avengers ending which I thought I shared, but never did! Why, I ask myself? Granted, they didn’t so much as challenge the movie on plot holes as much as mock the fact that the movie made a sh*tload of money! Well, they did that too, but like the movie itself, we are encouraged to look past that and see just how much freaking money it made! And of course, the entire team gets to sit in the superhero cafe, which is where Superman and Batman always wind up after talking about their respective adventures. So what the hey, it’s funny right? Enjoy!

I came across this video some time ago on the HISHE website, but hesitated to post it with the others. For one, I liked the movie, and these guys, in their signature, trademark way, dealt it some pretty smarting blows. But of course, all they were doing was highlighting the plot holes which were pretty clear to anyone who has seen Alien and remembers the particulars of that classic. For one, the Engineer/Space Jockey was discovered in the pilot’s seat, was he not?

But then again, the planet where the Derelict was discovered in Alien and the Sulaco returns to in Aliens was LV-426, not LV-223 where the Prometheus traveled to. So… what gives? Clearly, this is not the planet where Alien took place, but that just raises more questions, questions which are rumored to be answered in subsequent prequels. Now didn’t they say that Prometheus would be the movie that answered all these questions?

Yeah, basically I feel that enough time has passed that I can raise these plot holes and not worry about spoiling the movie for anyone. And this video is a pretty good start. In addition, it’s also quite funny. Enj0y!

Remember HISHE and how they deconstructed Prometheus and the The Dark Knight Rises? Well, turns out they did  a number on Lucas’ baby too. I plan to search their archives and find every single video dedicated to the prequels! In the meantime, enjoy this video. Got to admit, it does raise some pretty good points 🙂

My thanks to Rami for reminded me this site existed! It must have been a year ago that I saw the clip of how the original Superman should have ended, with Superman making down the missiles and not going on a scavenger hunt for the kyrponite. The Prometheus ending was even more apt, pointing out how the Engineer was supposed to die in his chair, not on the floor of an escape pod. But this one was even better!