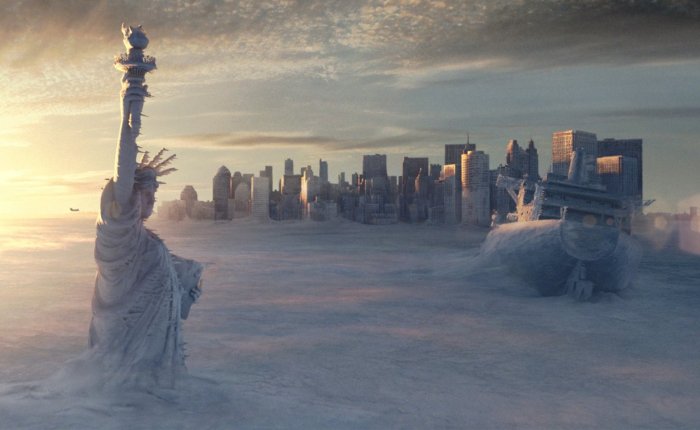 Welcome back Maria Ramos! Today, she would like to talk to you all about another aspect of the science fiction landscape – a lesser-known subgenre known as “cli-fi”. Embracing dystopian narratives and speculative fiction that looks at the future through the lens of environmentalism and climate change, cli-fi is very similar to other sub-genres of science fiction. In the end, its all about cautionary tales and agitating for change. But I’ll let her explain it, as she’s better at this sort of thing!

Dystopian fiction has always provided a means of commenting on and critiquing the political and social statuses of the eras they were created in. From George Orwell’s 1984 and Animal Farm to the more recent P.D. James’ The Children of Men and Kazuo Ishiguro’s Never Let Me Go, the fiction changed with the prevalent issues of the times, from the cold war and communism to concerns over reproductive rights. Throughout the genre the fear of too much government control over some or all aspects of our lives has remained a central theme. More recently, focuses have turned to nature and the negative effect that humanity has on the environment.

While existing for decades, the recent upsurge in dystopian fiction has taken a turn into the newly coined sub genre of “cli-fi” or climate change fiction, which depicts current and very valid concerns over environmental, overpopulation, and global warming issues. Much of this fiction also targets a young adult audience. Perhaps this is to encourage the next generation of scientists and technology experts to work with the current generation in seeking solutions for our environmental issues. Such problems include a steady increase of the amount of carbon dioxide in our atmosphere since 2007, creating what the National Oceanic and Atmospheric Administration (NOAA) has reported are the highest levels in 650,000 years. Some cli-fi books even tackle this very issue head on.

Two of the best-known examples of young adult cli-fi are The Hunger Games trilogy and The Maze Runner trilogy, both with blockbuster movie counterparts. In each of these, the characters live in a world depleted of natural resources because of some sort of man-made, or at least man-assisted, environmental disaster. While The Hunger Games doesn’t provide the specifics of what caused the world to become Panem, it’s clear that a central government controls the limited resources that are left while the general population struggles. While criticized for ignoring such issues as racial tensions, it nonetheless ticks the boxes of government excess leading to suffering for the general populace.

In The Maze Runner, the cause for the world’s destruction is more specifically attributed to solar flares, which devastated the majority of the planet and left the few survivors destitute. Further government meddling then caused many of those survivors to degenerate into a crazed and animalistic existence in which they tear each other apart. While neither of these trilogies, nor many of the other works of cli-fi, provide solid solutions for fixing the world once it’s gotten to the post-apocalyptic point of the stories, they remind us that consequences will remain devastating if we do nothing now.

The term “cli-fi” is popularly attributed to Dan Bloom in 2008, but nonetheless can define works of fiction created as early as the mid-20th century. Before there was such a term, authors such as J.G. Ballard were producing works of fiction describing a post-apocalyptic world caused by the effects of global warming, works such The Wind from Nowhere in 1961, The Drowning World in 1962, and The Burning World in 1964. Describing different worlds ravaged by hurricane-force winds, melting polar ice caps, and worldwide drought, respectively, such works provide early warning of the ravaging effects of global warming if left unchecked.

More recent examples that existed before 2008 include the first novel of Margaret Atwood’s MaddAddam trilogy, Oryx and Crake, written in 2003. Set closer to the present, this trilogy delves into the possible detrimental effects of biotechnology on both the environment and on the human inhabitants of the planet. It also takes aim at multinational corporations that ignore and/or deny their role in global warming and environmental disasters, alluding to real issues faced by today’s environmentalists worldwide. Other examples of more adult-oriented dystopian novels that address the possibility of environmental catastrophes include The Road, the excellent post-oil-crisis novel The Windup Girl, and The Children of Men.

Whether the rise in recent works of cli-fi is having any effect on our actions toward being more environmentally responsible or not, artists and writers have always found ways to provide commentary through entertainment. In the case of saving our planet, any means of getting the message across is welcome and necessary.