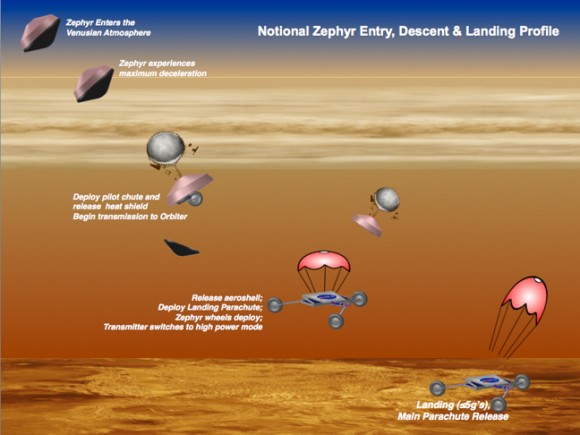 In addition to their ongoing plans to explore Mars for signs of life, the Jovian moon of Europa, and tow an asteroid closer to Earth, NASA also has plans to explore the surface of Venus. For decades, scientists have been yearning to get a closer look at this world’s pockmarked surface, but the volcanic activity, clouds of sulfuric acid and extreme heat are not exactly favorable to robotic rovers.

But according to NASA’s Innovative Advanced Concepts program, a windsailing rover could be just the means through which the hellish surface environment could be surveyed. This rover, nicknamed Zephyr, would use the high speeds and hot temperatures of Venus to its advantage, deploying a sail after entering the atmosphere and sailing to the ground. 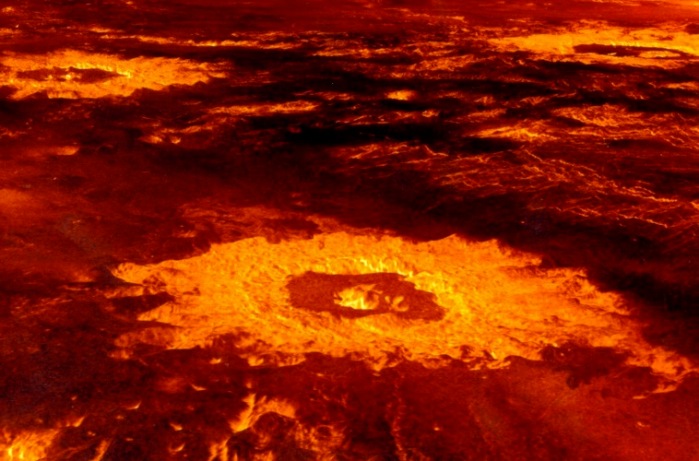 The rover would not be able to move around the surface, but would have electronics inside that are able to withstand the temperatures of 450 degrees Celsius (840 degrees Fahrenheit). Whenever the science team wanted to move some distance, however, they would deploy another sail that could use the wind to transport it across the surface. But mainly, the rover would remain on the ground conducting surface analysis.

Geoffrey Landis, who is with NASA’s Glenn Research Center and a part of the project to develop Zephyr, has long been an advocate of exploring Venus. This has included using solar powered airplane to explore the atmosphere, and colonizing the planet with floating cities. On the subject of Zephyr, he stated that:

A sail rover would be extraordinary for Venus. The sail has only two moving parts-just to set the sail and set the steering position-and that doesn’t require a lot of power. There’s no power required to actually drive. The fundamental elements of a rover for Venus are not beyond the bounds of physics. We could survive the furnace of Venus if we can come up with an innovative concept for a rover that can move on extremely low power levels. 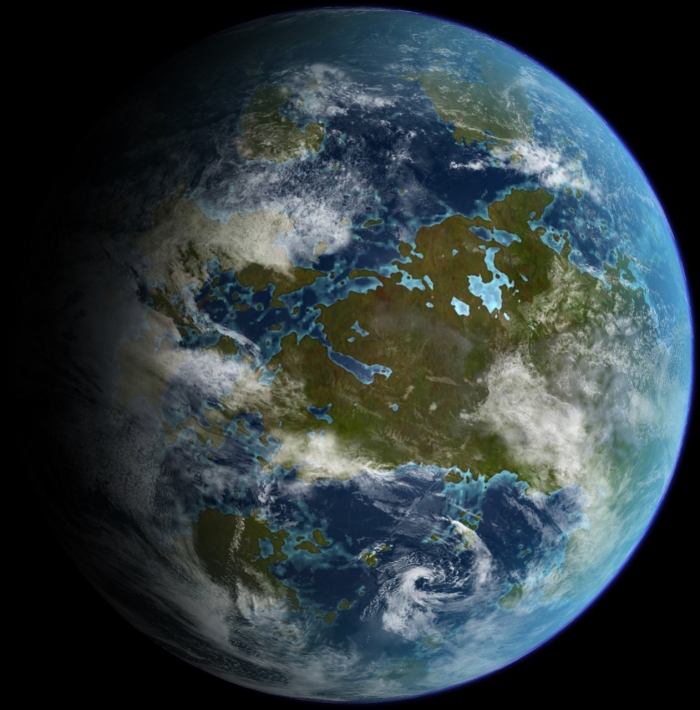 In addition to providing volumes of information on the planet’s, exploring the surface of Venus could yield some interesting clues as to how it came to look like something out of Dante’s Inferno. It has been suggested that at one time, Venus may have boasted an atmosphere and surface water similar to Earth’s, but was transformed into a toxic nightmare thanks to a runaway Greenhouse Effect.

Studying how this came to happen would go a long way to helping scientists understand Climate Change here on Earth, and as well as give them the chance to test out possible solutions. And of course, any working solutions might go a long way towards terraforming Venus itself, which is something many scientists are currently advocating since it might be cheaper and less time consuming than transforming Mars.

Then again, if the resources and budget are there, there’s no reason why we can’t try to retool both for human settlement. After all, we might not have much a choice in the coming centuries. Human beings aren’t exactly known for their slow population growth or conservation skills!