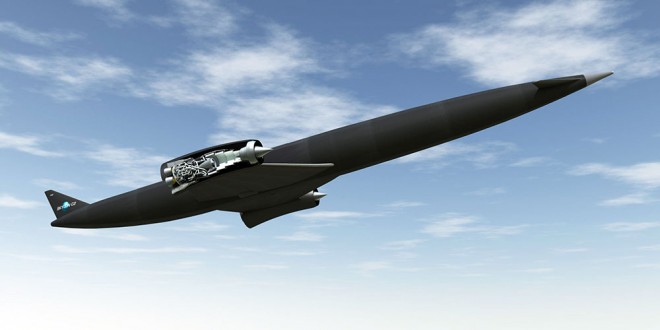 Behold the Skylon! The Mach 5 hypersonic aerospace ship that is the future of commercial flight. Well, that’s the hope anyway, and if a British company known as Reaction Engines Limited get’s its way, it very well could be…

For some time now, hypersonic commercial flight has been batted around as an idea. And with billionaire Richard Branson promising commercial space flight to the world, it seemed like only a matter of time before aerospace flights became the norm. As it turns out, we may be closer than anyone previously thought, thanks to a heralded breakthrough by Reaction Engines.

In a recent statement, the British company claimed they have made “the biggest breakthrough in aerospace propulsion technology since the invention of the jet engine.” In the past, hypersonic flight has been hampered by the problem of propulsion, since at speeds beyond Mach 2, a jet engine has trouble getting the oxygen needed for combustion. Attempts to remedy this have already been made, such as with the SR-71 Blackbird which managed to reach speeds in excess of Mach 3. But for high-altitude and aerospace craft, where Mach 5 and above are essential, the problem remains, as does the issue of the amount of heat generated.

Reaction Engines claims it has solved the problem with a design that could allow a vehicle to take off, reach orbit using a combination of an air-breathing engine and rocket, then return to Earth. The secret is cooling the air as it enters the hypersonic SABRE engine. The air-breathing engine will accelerate a vehicle to about Mach 5.5, according to the company, after which a liquid oxygen tank will supply a rocket engine for the portion of the flight in space. But unlike current space vehicles, there will only be one stage involved for the entire flight thanks to the boost from the SABRE design.

In the same press release, RE claims the “pre-cooler technology is designed to cool the incoming airstream from over 1,000 Celsius to minus 150 Celsius in less than 1/100th of a second, without blocking with frost.” The company further claims to have conducting 100 test runs of the new engine’s cooling system and believes they can begin production of a prototype by 2015. The European Space Agency also says it has evaluated the design and is in negotiations to support further development.

To put it in terms every jetsetter and international traveler can understand, their proposed aerospace craft – known as the Skylon – will allow a passenger to enjoy breakfast in New York City and then lunch in Tokyo. And with a few years and plenty of investment, not just from the ESA, but NASA and the RSA as well, Skylons could be ferrying people all over the world in a matter of hours.

5 thoughts on “Skylon: The Future of Commercial Aerospace Flight?”