Last week, a bar in Seattle banned the use of Google Glass. The pub declared on their Facebook page that if anyone wanted to order a pint, they had better remove their $1500 pair of augmented reality display glasses beforehand. Citing the glasses potential to film or take pictures and post them on the internet, the bar owner unflinchingly declared that “ass-kickings will be encouraged for violators.”

This is the second case of what some are dubbing a new wave of “Cybernetic hate crimes”. The first took place back in July 2012 when Steve Mann, a Canadian university professor known as the “father of wearable computing”, was physically assaulted at a McDonalds in Paris, France. In this case, three employees took exception with his wearable computer and tried to physically remove it, an impossibility since it is permanent screwed into his head, and then three him out of the restaurant.

Taken together, these two incidents highlight a possible trend which could become commonplace as the technology grows in use. In some ways, this is a reflection of the fears critics have raised about the ways in which these new technologies could be abused. However, there are those who worry that these kinds of fears are likely to lead to people banning these devices and becoming intolerant to those who use them.

By targeting people who employ augmented reality, bionic eyes, or wearable computers, we are effectively stigmatizing a practice which may become the norm in the not too distant future. But Google responded to the incident with optimism and released a statement that cited shifting attitudes over time:

It is still very early days for Glass, and we expect that as with other new technologies, such as cell phones, behaviors and social norms will develop over time. 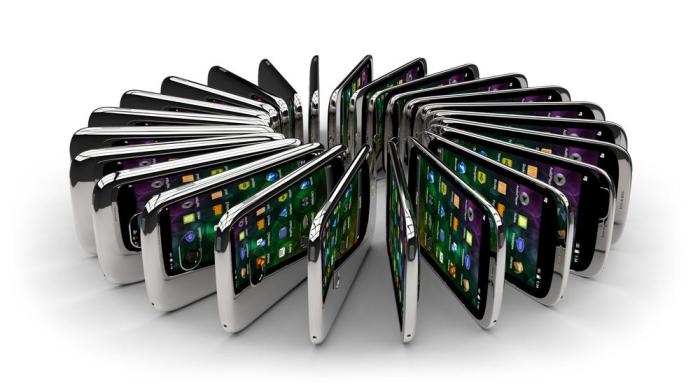 Yes, one can remember without much effort how similar worries were raised about smartphones and camera phones not that long ago, and their use has become so widespread that virtually all doubts about how they might be abused and what effect they would have on social norms have gone quiet. Still, doubts remain that with the availability of technologies that make it easier to monitor people, society is becoming more and more invasive.

But to this, Mann, responds by raising what he had always hoped portable computing would result in. Back in the 1970’s when he first began working on the concept for his EyeTap, he believed that camera-embedded wearables could be both liberating and empowering. In a world permeated by security cameras and a sensory-sphere dominated by corporate memes, he foresaw these devices a means for individuals to re-take control of their environment and protect themselves.

This was all in keeping with Mann’s vision of a future where wearable cameras and portable computers could allow for what he calls sousveillance — a way for people to watch the watchers and be at the ready to chronicle any physical assaults or threats. How ironic that his own invention allowed him to do just that when he himself was assaulted!

And in the current day and age, this vision may be even more important and relevant, given the rise in surveillance and repressive measures brought on in the wake of the “War on Terror”. As Mann himself has written:

Rather than tolerating terrorism as a feedback means to restore the balance, an alternative framework would be to build a stable system to begin with, e.g. a system that is self-balancing. Such a society may be built with sousveillance (inverse surveillance) as a way to balance the increasing (and increasingly one-sided) surveillance.

Raises a whole bunch of questions, doesn’t it? As the issue of dwindling privacy becomes more and more of an issue, and where most people respond to such concerns by dredging up dystopian scenarios, it might be helpful to remind ourselves that this is a form of technology that rests firmly in our hands, the consumers, not those of an overbearing government.

But then again, that doesn’t exactly ease the fears of a privacy invasion much, does it? Whether it is a few functionaries and bureaucrats monitoring us for the sake of detecting criminal behavior or acts of “sedition”, or a legion of cyberbullies and gawking masses scrutinizing our every move, being filmed and photographed against our will and having it posted is still pretty creepy.

But does that necessitate banning the use of this technology outright? Are we within our rights, as a society, to deny service to people sporting AR glasses, or to physically threaten them if they are unable or unwilling to remove them? And is this something that will only get better, or worse, with time?

7 thoughts on “Of Cybernetic Hate Crimes”