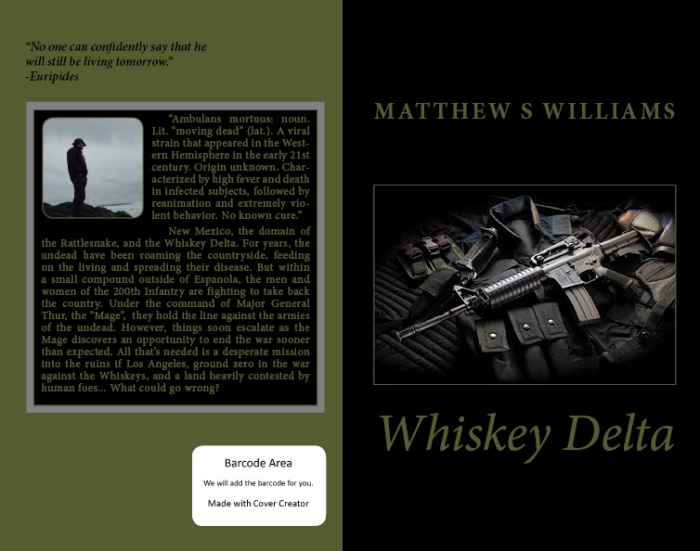 Hi folks. As the title suggests, more reviews have come in for Whiskey Delta and the sale figures are going up! Unfortunately, that’s where the good news ends. Of those buyers who chose to offer opinions about my book, the same combination of “good story, but needs some serious editing” was apparent in their comments.

Here’s what the latest reviewers had to say (note the first review has been shortened due to it being very wordy!):

An exciting and well told story (4.0 out of 5 stars):
This is a great book – exciting storyline driven by gripping and well laid out plot lines that keep the reader ‘on the edge of their seats’ right to the end. Even better is the superb characterization of the two main characters and also the driver Whitman, however, considering the small number of characters in the book, I thought the author could have spent a bit of extra ‘fleshing’ out of some of the others a bit more.

The reason the book was a four star not a five star, was that it had simply the worst editing I have come across on Kindle and I am not someone who cares that much about the odd misspelling or use of ‘their’ when you mean ‘there’ and so on as I am usually so lost in the story I barely notice… I must say though, that I am very happy that I did overcome my ‘scruples’ and bought the book in the end as the story was completely riveting from start to finish and the writing itself – aside from typos and little slip ups are all forgotten when caught up in the thrilling ride the author takes you on. Highly recommend it.

Not bad huh? The full length comment contained traces of displeasure about the lack of editing, but the overall feeling is that I wrote something pretty good. Well get a load of what this guy had to say:

Not a grammar Nazi but…, (2.0 out of 5 stars)
By Heuchler:
Thought it was a decent story, but the editing or the lack thereof killed it for me. Ever dozen pages seems to have a spelling or grammar mistake. Even basic things that could be caught with spell-check are there, which leaves me wondering how they were not caught.

Again, not to be petty, but the “not grammar Nazi” made some typos of his own there. And I know I’m going to hell for saying this, but with a name like Heuchler, that last thing you want to make is a Nazi reference!

Still, after reading these, it tore it for me. Whiskey Delta needs to be cleaned up and re-released! The public is speaking with one voice on this, and those who are giving it low marks are starting to bring down the overall rating. As it stands, WD is ranked 3.0 stars out of 5 and that’s just not acceptable. For any indie looking to establish a reputation and garner sales, a 3.5 or higher seems like the desirable place to be in.

What’s more, three copies have been returned after purchase. I can only assume they started reading and were deterred by the errors. And though this represents a mere 1% margin, it doesn’t seem too acceptable to me at this juncture. Barring accidental purchases, every copy sold should stay sold, in my opinion.

Lucky for me, I won’t have to take it down to fix it up, but it will mean the updated version will be clearer and (hopefully) polished whereas the ones that are currently selling will not. I can live with that, and hope the market won’t really notice much. Right now, the sales and positive reviews have me highly jazzed about prepping and releasing the second installment and working on the third. But for that to work, I need the first installment to be as good as it can be and get better reviews.

15 thoughts on “More Reviews Are In!”