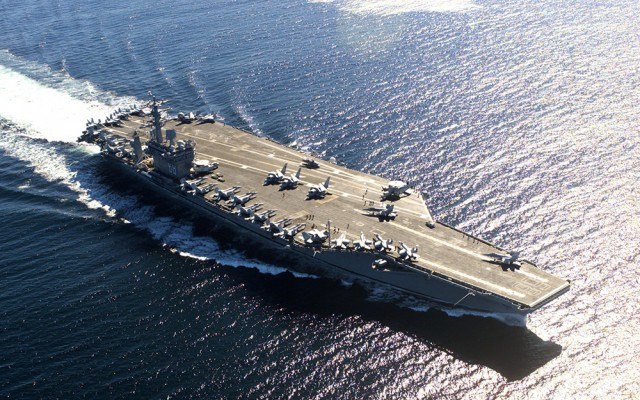 It’s no secret that NASA has turned to 3D printing as a way of opening up new frontiers of space exploration and resolving potential problems – like building moon bases or feeding astronauts. And now, it seems that the only other organization that can rival the space agency in terms of funding and scale – the US Navy- has something similar in mind.

The US Navy already boasts most of the world’s largest moveable structures – the Nimitz-class aircraft carrier taking the cake. Whats more, modern aircraft carriers are basically floating cities already, complete with conventional manufacturing facilities to provide a good portion of what the crew might need while at sea. It therefore makes perfect sense to incorporate a high-quality 3D printer into the mix.

While the ultimate goal may be the ability to print actual replacement fighters and ordinance, the current plan is to incorporate printers that can print off replacement parts and possibly even small drones. With the technology already in place, it is not difficult to imagine a carrier, or perhaps even a large land vehicle, outfitted with a high-quality 3D printer, several tons of raw materials, and a few pre-fabricated cameras and circuit boards.

What’s more, this could also make transport of basic supplies more efficient, holding powder and casing materials separately and combining them to make bullets and munitions as needed, rather than storing them in a way that takes up vast amounts of space. Researchers at Virginia Tech even told the Armed Forces Journal that they believe 3D printing could produce high-quality propellants themselves – meaning an aircraft carrier could produce its own supplies of fuel and missiles. 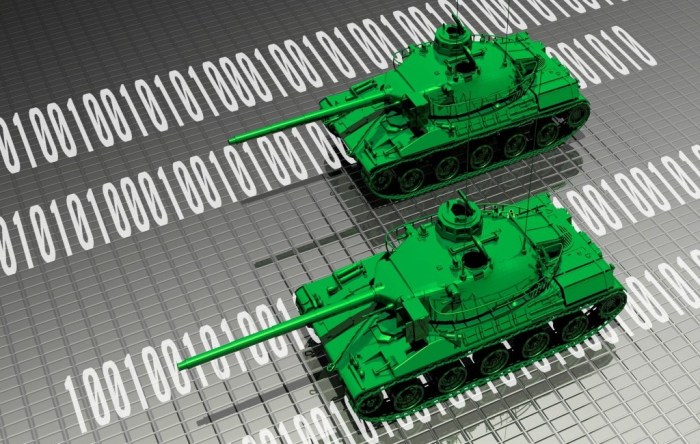 This idea drives home a number of things that are likely to become the mainstay with military technology. One is the increasing gap between the military haves and have-nots, and the increasing importance of cyber warfare in the modern world. No army or insurgent militia is likely to be able to withstand a mobile drone factory, nor is a nation that does not possess the technology be able to compete with one that does.

At the same time, simple defects, caused by cybernetic intrusion, could render such a mobile factory useless and counterproductive. In any future arms race between nations where 3D manufacturing is part of the arsenal, hacking will certainly be a factor. And last, but certainly not least, the ability to independently produce components, weapons and tools also opens up the possibility to create fully-autonomous ships and bases, complete with recycling programs that can turn waste into reusable raw material.

Such are the concerns of today’s military and all those who need to plan for the future. And as always, the prospects are frightening for all – not only because they make the nature of future conflicts uncertain, but because any serious advancement on one side is likely to cause others to scramble to get their hands on it as well. As any student of history knows, arms races lead to escalation and increased tension, and those rarely end well!