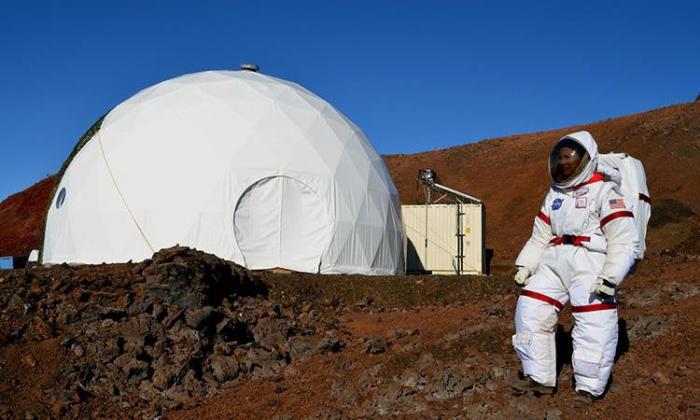 Throughout the summer, six people participated in an experiment designed to test how people will deal with the physical and psychological strangeness of a manned space journey. Known as the “Hawaii Space Exploration Analog and Simulation” (HI-SEAS) study, the research took place on a desolate slope of an abandoned quarry in Hawaii, 8,000 feet above sea level.

Here, the volunteers lived in a two-story geodesic dome and put on a full space suit to venture outside. Their communications were limited, their shower time rationed, and each spent much of their time conducting individual “space” experiments. But most importantly, they were eating food fit for a Mars astronaut. This was the main purpose of the experiment, testing the menu that manned missions to Mars will have to offer. 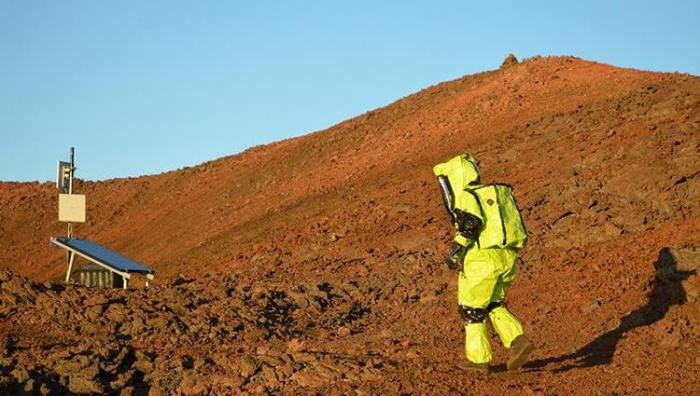 For years now, scientists have been trying to find ways to make astronaut food more palatable. In space, the food is either dehydrated and requires water and heat to process, or is rendered in liquid form that has to be drunk right out of the package. But on Mars, where there would be gravity, astronauts could actually cook their own food from “shelf-stable” ingredients.

The goal of the HI-SEAS study, run by investigators at the University of Hawaii at Manoa and Cornell University, has been to figure out the best strategies for nourishing Mars astronauts. On any long and isolated mission, especially on one as long as a hypothetical Mars mission. “menu fatigue” is a real danger. Astronauts need to consume a set amount of calories a day, otherwise they might lose body mass and bone density.

For the sake of testing the menu, the mission relied on a six-member crew of scientific-minded professionals who kept detailed logs of their food adventures. They filled out smell, taste, and appearance questionnaires for each meal; weighed each food item; tracked water consumption, cooking and cleanup time; and even monitored their sense of smell to see if food boredom had any physiological effects.

Another fun aspect was that they also tested crowdsourced recipes submitted by the public. Each recipe was limited to using the list of ingredients available. There was “Cajun Style Spam Jambalaya” and “Oatmeal Thickened Beef Stew” for dinner, “Blueberry Lemon Cornmeal Pancakes” for breakfast, and even a spicy veggie sushi as an appetizer.

Kate Greene, a science and technology journalist on the mission, had this to say about the menu:

I’ve enjoyed so many meals here, actually. A quinoa salad, breakfast tacos, borscht, beef tagine, and all the breads we make with our bread maker… We’ve also had cakes and puddings and pies, grilled cheese sandwiches and soups like seafood chowder.

With today’s technology, it could take as long as 300 days to even get there. But even with fully-stocked shelves, life on a Mars mission would still be a major challenge. In addition to fighting menu boredom, there was also the issue of regular boredom. Confined to their shelters and forced to wear space suits to go outside, the “astronauts” began to miss the everyday activities they used to take for granted. 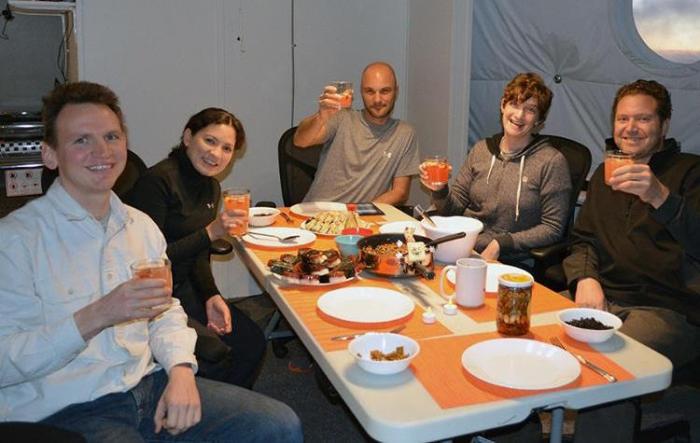 As Greene indicated, she came to miss such things as walking about outside, biking, and swimming, and gained a new appreciation for her old life:

Something I realized about my day-to-day life on Earth is that it’s full of novelty. I see new people all the time and I go to different places. In the habitat, novelty has been a lot harder to come by, and it was subtle when I found it–a new recipe, a different way to arrange the furniture, or someone saying something completely out of character. When I noticed these slight changes, my joy and excitement was embarrassingly disproportionate.

On August 13th, Greene and her five colleagues emerged into the daylight without a spacesuit for the first time in months. After a media event and a debrief with the principal researchers on the NASA-funded project, they continued to sift through all of their research data, which ranged from scientific research, their food study, and even a record of their sleep cycles. 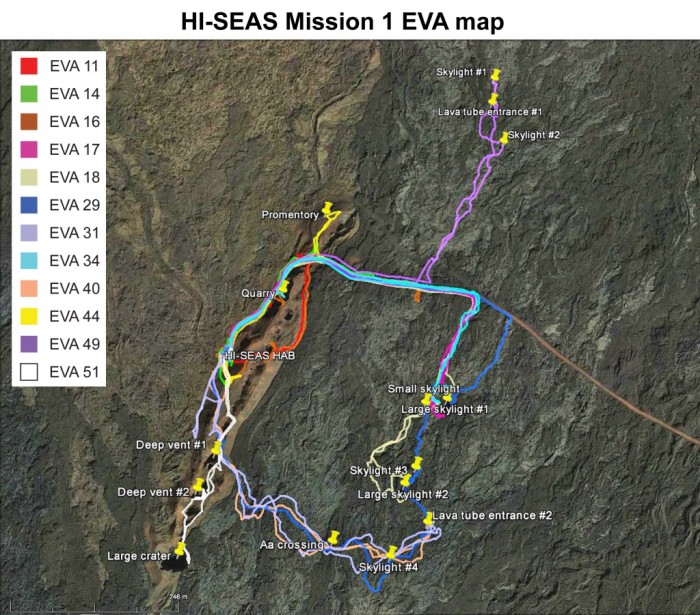 All of this information is likely to be very useful in coming years and decades. Back in August, on the one-year anniversary of the Curiosity Rover’s landing on Mars, NASA chief Charles Bolden said he believed that human footprints would follow in its path, and 2030 remains the projected date for putting those boots on the Red Planet.