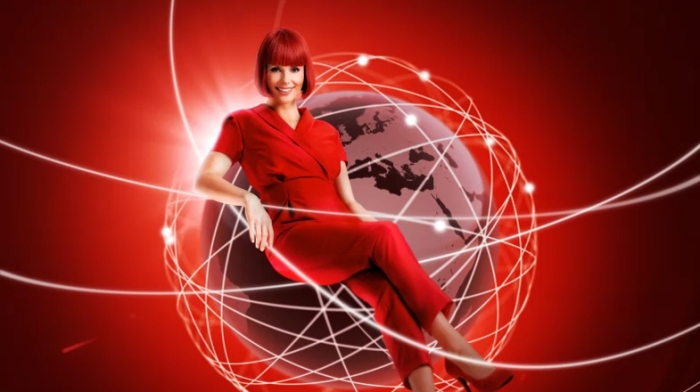 There are certainly no shortages of electronic shows happening this year! It seems that I just finished getting through all the highlights from Touch Taiwan which happened back in August. And then September comes around and I start hearing all about IFA 2013. For those unfamiliar with this consumer electronics exhibition, IFA stands for Internationale Funkausstellung Berlin, which loosely translated means the Berlin Radio Show.

As you can tell from the name, this annual exhibit has some deep roots. Beginning in 1924, the show was intended to gives electronics producers the chance to present their latest products and developments to the general public, as well as showcasing the latest in technology. From radios and cathode-ray display boxes (i.e. television) to personal computers and PDAs, the show has come a long way, and this year’s show promised to be a doozy as well.

Of all those who presented this year, Sony seems to have made the biggest impact. In fact, they very nearly stole the show with their presentation of their new smartphones, cameras and tablets. But it was their new Xperia Z1 smartphone that really garnered attention, given all the fanfare that preceded it. Check out the video by TechRadar:


However, their new Vaio Tap 11 tablet also got quite a bit of fanfare. In addition to a Haswell chip (Core i3, i5 or i7), a six-hour battery, full Windows connectivity, a camera, a stand, 128GB to 512GB of solid-state storage, and a wireless keyboard, the tablet has what is known as Near Field Communications (NFC) which comes standard on smartphones these days.

This technology allows the tablet to communicate with other devices and enable data transfer simply by touching them together or bringing them into close proximity. The wireless keyboard is also attachable to the device via a battery port which allows for constant charging, and the entire thin comes in a very thin package. Check out the video by Engadget:


Then there was the Samsung Galaxy Gear smartwatch, an exhibit which was equally anticipated and proved to be quite entertaining. Initially, the company had announced that their new smartwatch would incorporate flexible technology, which proved to not be the case. Instead, they chose to release a watch that was comparable to Apple’s own smartwatch design.

But as you can see, the end result is still pretty impressive. In addition to telling time, it also has many smartphone-like options, like being able to take pictures, record and play videos, and link to your other devices via Bluetooth. And of course, you can also phone, text, instant message and download all kinds of apps. Check out the hands-on video below:


Toshiba also made a big splash with their exhibit featuring an expanded line of tablets, notebooks and hybrids, as well as Ultra High-Definition TVs. Of note was their M9 design, a next-generation concept that merges the latest in display and networking technology – i.e. the ability to connect to the internet or your laptop, allowing you to stream video, display pictures, and play games on a big ass display!

Check out the video, and my apologies for the fact that this and the next one are in German. There were no English translations:


And then there was their Cloud TV presentation, a form of “smart tv” that merges the best of a laptop to that of a television. Basically, this means that a person can watch video-on-demand, use social utilities, network, and save their files via cloud memory storage, all from their couch using a handheld remote. Its like watching TV, but with all the perks of a laptop computer – one that also has a very big screen!
And then there was the HP Envy Recline, an all-in-one PC that has a hinge that allows the massive touchscreen to pivot over the edge of a desk and into the user’s lap. Clearly, ergonomics and adaptability were what inspired this idea, and many could not tell if it was a brilliant idea or the most enabling invention since the LA-Z-BOY recliner. Still, you have to admit, it looks pretty cool:
Lenovo and Acer also attracted show goers with their new lineup of smartphones, tablets, and notebooks. And countless more came to show off the latest in their wares and pimp out their own versions of the latest and greatest developments. The show ran from September 6th to 11th and there are countless videos, articles and testimonials to still making it to the fore.

For many of the products, release dates are still pending. But all those who attended managed to come away with the understanding that when it comes to computing, networking, gaming, mobile communications, and just plain lazing, the technology is moving by leaps and bounds. Soon enough, we are likely to have flexible technology available in all smart devices, and not just in the displays.

Nanofabricated materials are also likely to create cases that are capable of morphing and changing shape and going from a smartwatch, to a smartphone, to a smart tablet. For more on that, check out this video from Epic Technology, which showcases the most anticipated gadgets for 2014. These include transparent devices, robots, OLED curved TVs, next generation smartphones, the PS4, the Oculus Rift, and of course, Google Glass.