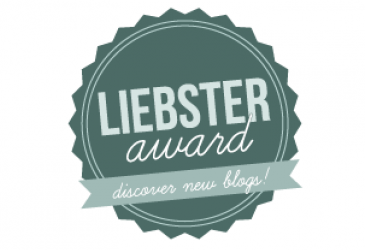 It seems award season is upon us again, and I’ve received a nod from a respected colleague who decided to send a nomination my way! So thanks to Rami Ungar the writer, and best wishes on the Quiet Game as it goes into its third month since publication. And now, getting to the rules of this award, I must share the following 11 details about myself, make my nominations, and answer 11 questions. Here goes…

Alright, that was deep. Now here are the 11 questions Rami came up with for myself and his other nominees to answer. A word of warning, I was not brief!

1. Do you consider yourself a spiritual person?

Yes I do. While I so often find myself railing against organized religion for its excesses and abuses, I have never been an atheist, nor do I consider it a likely possibility that we live in a universe devoid of any higher order. I guess I’ve always been a monist/deist, a person who believes that the universe is guided by a conscious force that underlies and connects all things, was responsible for its creation and the laws that guide it, but does not intervene or exercise direct control over things.

2. If you could meet any historical personage, who would you meet and what would you say to them?

Tough call. But if I had to choose, I’d say Montezuma II, the last emperor of the Aztec civilization and people. And once the troublesome problem of translating from English to Nahuatl was worked out, I’d give him one very simple bit of advice. “Kill the Conquistadors on sight!”

3. What scares you the most in the world?

Definitely evening. Not an early riser by nature, and my most creative and active time is always late at night. Were it not for this incessant need to get a good forty winks a night, I’d work til the wee hours of the morning all the time!

5. What was the worst job you ever had the displeasure of holding?

Again, tough call. There was the two summers during school that I worked for the city doing maintenance on public parks and parking garages. For those unfamiliar with job-speak, that means you clean up garbage. During the months I worked there both years, I cleaned up a ton of puke, feces, urine, and disposed of I don’t know how many used needles, half-smoked joints and even a bottle of heroine. I also got solicited by a few prostitutes, and was accosted by several homeless people.

But then there was the few months I taught in a remote community on the west side of Vancouver Island. Out there, joblessness, idleness, isolation and the problems of drug abuse, suicide, broken homes and behavioral problems create a very tough challenge for teachers. I was there for three months, replacing a teacher who went nuts and ended up suing the school board over a nothing issue. That kind of hostile work environment and the politics of the dude’s lawsuit and how it effected work for the rest of us led to many people quitting and the school almost imploding. I slept very little for those 11 weeks, got sworn and freaked out at almost every day by the kids, and was happy as hell to get out when I did!

I’d say it was the teaching gig. No job was ever that bad before or since.

6. If you could dress up as anything for Halloween this year, regardless of price, what would you dress up as?

If price weren’t an option, I’d go as Iron Man. And the exoskeleton would be real!

High-paid author, article writer and traveling guest-lecturer. Basically what I’m doing everything I can to become right now!

8. If you could be somebody else for a day, who would you be? (This could be anything from an actual person–President Barack Obama or Vera Farmiga, for example–or it can be anything as simple as “a dancer” or “a music producer”)

I would love to be Chris Hadfield and go around talking about science, technology, and what its like to go into space. And then I’d unleash a guitar riff on my classic guitar!

9. What is your favorite color?

Rainforest Green. That’s the kind of deep, dark green that puts me in mind of driving across this here island, breathing clean air, and then staring out at the ocean as the high waves pound against the cliffs and the sandy shore.

With any luck, living in a nice home in Victoria, writing novels and articles for an obscene (okay, decent) amount of money, and living with my wife and our cat and a dog. She will be working in government with a senior position, the animals will be happy and rambunctious, and we will be busy contemplating what’s next for our family 🙂

11. If you had to brave some sort of apocalypse or natural disaster in your city/town/village, who would want to brave it with?

Tossup. There’s my wife, the natural choice, but if we’re venturing into the realm of the fictional, I would say Daryl Dixon. He’s a good man to have around in a fight, and underneath his tough, redneck exterior beats a good heart.

Alright, that’s me done! And now we move on to my nominations and the questions I would like to see them answer. First, here are the people I would like to nominate for this award:

And here’s the questions I’d like all of them to answer:

Thank you again, Rami, congrats to all the other nominees, and hope everybody is having a good week and looking forward to the weekend. Hope to hear from y’all again soon, and stay tuned for more on my end!