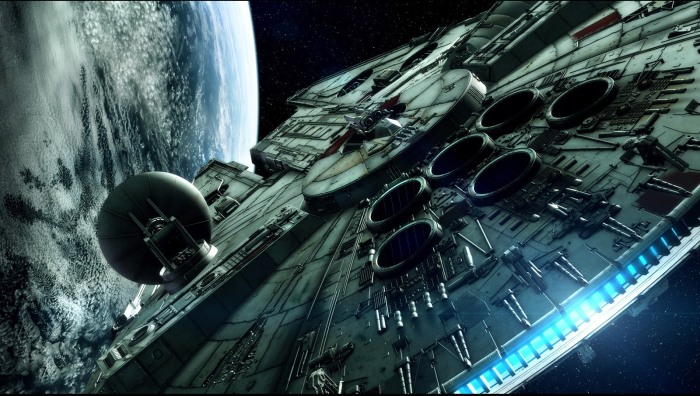 You know, it’s been awhile since I spoke about anything related to one of the greatest science fiction franchises in history. I am of course referring to Star Wars. Lucky for me, a series of stories have popped up on the news lately, so I thought now would be the perfect time to remedy all that. And this story is quite interesting, as it has to do with Lucas’ original plan for a major plot element in the series.

In short, Lucas’ original draft for The Empire Strikes Back, which was recently leaked to the public, and in that version, Darth Vader was NOT intended to be Luke’s father. That major plot twist, which proved intrinsic to the series’ story arc, was introduced by another writer, Leigh Brackett. As a veteran Hollywood writer, and given the success of the first movie, Lucas wanted her help in making sure the script for the sequel was up to par. 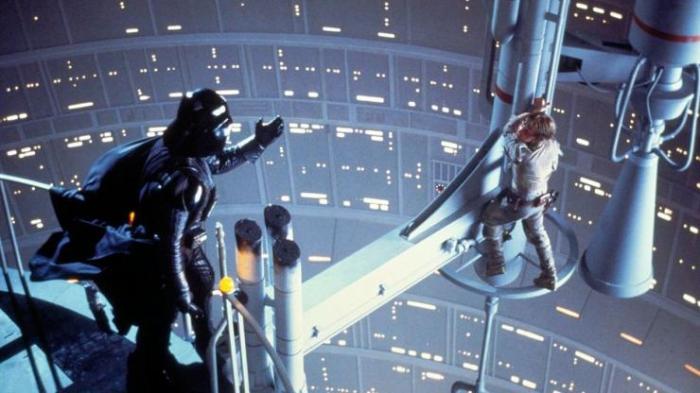 Working from Lucas’ original plan, Brackett turned in an initial draft where Luke travels to Dagobah to receive instruction from Yoda, the ghosts of Obi-Wan AND his father. As for the major confrontation between Vader and Luke aboard Cloud City, the entire scene has no major twist, and instead consists of Vader offering Luke the chance to rule the Galaxy with him. Not “as father and son” mind you, just as two bad guys!

Sounds pretty weak doesn’t it? Well, turns out it gets better. In addition to there being no major twist, the original draft also had Han Solo showing Luke the basics of how to use a lightsaber (what WHAT?), featured a boatload of Wampas with the ability to freeze people, and had Han Solo spending part of the movie trying to recruit his stepfather into the Rebel Alliance. 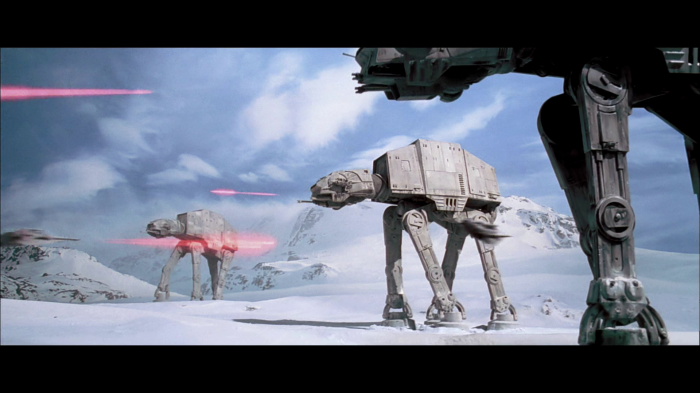 Tragically, Brackett died shortly after sending in this first draft which was worked from Lucas’ notes, so she never got a chance to rework it. That task fell to Lawrence Kasdan and Lucas, who eventually worked from Brackett’s draft to create the film we all know and love. Alas, it was a good thing Lucas brought in some outside talent to help him with his script, or he would have had a Phantom Menace situation on his hands two decades too soon!

Going from the original story, as Lucas had it, the story not only loses most of its intrigue, but it’s also becomes bogged down in superfluousness and one-dimensionality. Part of what made Luke’s character so interesting was the inner turmoil he faced – being torn between stopping his father and wanting to help him, but also knowing that by killing him, he would risk becoming him. 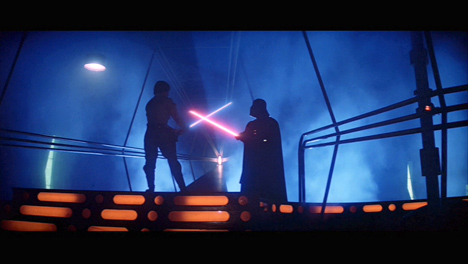 What’s more, in this version Vader loses all depth and becomes a cardboard-cutout bad guy. By learning that he was in fact a once-great man who “fell from grace”, his character became far more interesting and involved. And of course, knowing that he was once good presented Luke with a third option and a resolution to his quandary – redeem his father rather than kill him, thus ending the war in a way that would not damn his own soul.

And sure, Obi-Wan did tell Luke point blank in the original movie that Vader betrayed and murdered his father, but that was what was so cool about it looking back. In that film, Alec Guinness’ abilities as an actor really made it seem like he was holding something back with Luke. Knowing that his tale was meant symbolically rather than literally just made sense. I mean, he is a warrior-mystic after all. He’s supposed to be all meta! 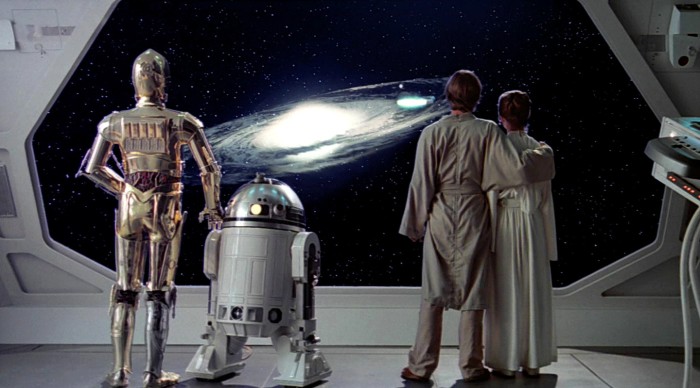 And really, this twist was what made the Star Wars trilogy work on so many levels. The idea of a son having to face his father, a fallen angel, in a titanic struggle of good and evil with immense personal implications and the fate of the universe hinging on the whole thing. It’s like Judea-Christian and classical mythology, Jung, Freud, and Existentialism all rolled into one!

To know that Lucas never intended it to be such, well that kind of puts a damper on the whole thing doesn’t it? But then again, it also answers a lot of nagging questions: like how the man who created the original saga could have created such fluff just twenty years later. Good thing he knew how to accept help back then, otherwise we’d have all missed out on a massive sci-fi pop cultural phenomena!

And in the meantime, enjoy some of these outtakes from the original movie which also recently emerged. Apparently, these come from the movie archives of the original film, which strangely, Lucas claimed had been destroyed. Wasn’t that the reason he couldn’t release the originals alongside the heavily CGI’d versions on DVD? Ah, who cares! Enjoy the clip: