Earlier this month, the Super Typhoon Haiyan smashed into the island nation of the Philippines, leaving an enormous amount of death and destruction in its wake. According to NASA, the typhoon struck with winds that exceeded 379 kilometers per hour (235 mph), while the U.S. Navy Joint Typhoon Warning Center indicates that it has since sustained wind speeds of over 315 kilometers per hour (95 MPH).

Classified as a Category 5 monster storm on the U.S. Saffir-Simpson scale, Haiyan is reported to be the largest and most powerful storm ever to make landfall in recorded human history. The current estimates claim that some 5000 people have died so far, with the final toll expected to be far higher. 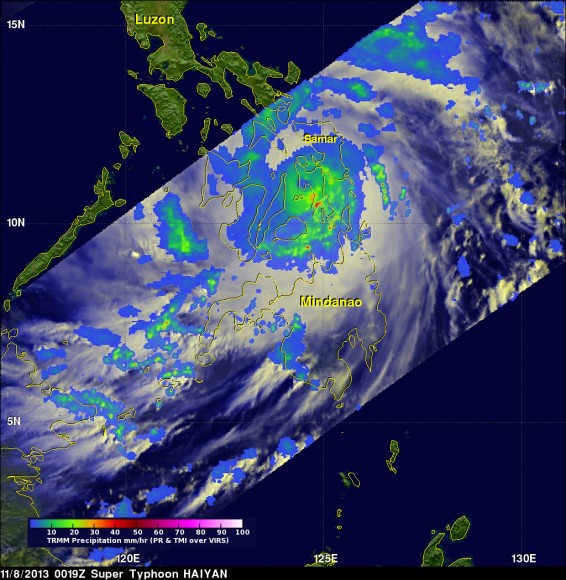 Given the enormous scale of this typhoon, many of the clearest pictures of it have come from space. Since it first made landfall on Friday, November 8th, many detailed images have been captured by NASA, the Russian Space Agency, the India’s newly-launched Mars Orbiter Mission (MOM), and even from the ISS – courtesy of astronaut Karen Nyberg.

According to NASA, the most detailed data on the storm came from the Tropical Rainfall Measuring Mission (TRMM) satellite, which captured visible, microwave and infrared data on the storm just as it was crossing the island of Leyte in the central Philippines. In addition to gauging wind speed, the satellite was also able to measure precipitation rates and temperature fluctuations. 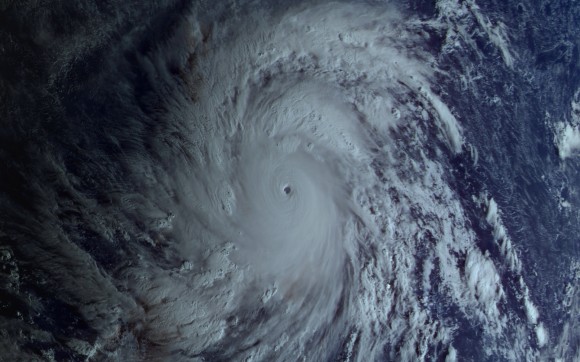 Far from simply documenting this tragedy, the high resolution imagery and precise measurements provided by these and other satellites have been absolutely essential to tracking this storm and providing advance warning. Whereas thousands have died in the effected areas, some 800,000 more have been evacuated from the central region of the country.

Coincidentally, NASA’s Goddard Flight Center has just finished assembling the next generation weather satellite known as the Global Precipitation Measurement (GPM), an observatory that is scheduled to replace the Tropical Rainfall Measuring Mission. GPM is equipped with advanced, higher resolution radar instruments and is vital to the continued effort of providing forecasts and advance warning of extreme super storms. 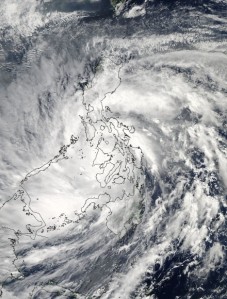 In the midst of tragedies like Hurricane Sandy and Haiyan, not to mention the escalating risk of super-storms associated with Climate Change, it is good to know that there are silver linings, such as advanced warning and sophisticated instruments that can keep us apprised of the threats we face. For more information on Super Typhoon Haiyan and how you can aid in the recovery, check out the Internationa Red Cross’ website.

And be sure to check out this video of Haiyan as it made landfall, as captured by the Russian weather satellite Electro-L:

4 thoughts on “Typhoon Haiyan From Space”