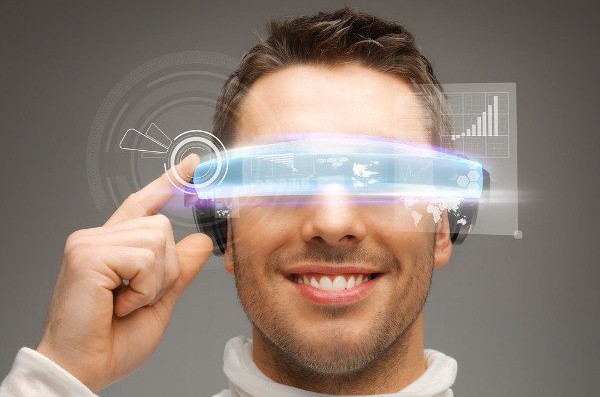 The wearable computing revolution that has been taking place in recent years has drawn in developers and tech giants from all over the world. Though its roots are deep, dating back to the late 60’s and early 80’s with the Sword of Damocles concept and the work of Steve Mann. But in recent years, thanks to the development of Google Glass, the case for wearable tech has moved beyond hobbyists and enthusiasts and into the mainstream.

And with display glasses now accounted for, the latest boom in development appears to be centered on smart watches and similar devices. These range from fitness trackers with just a few features to wrist-mounted version of smart phones that boast the same constellations of functions and apps (email, phone, text, skyping, etc.) And as always, the big-name industries are coming forward with their own concepts and designs. 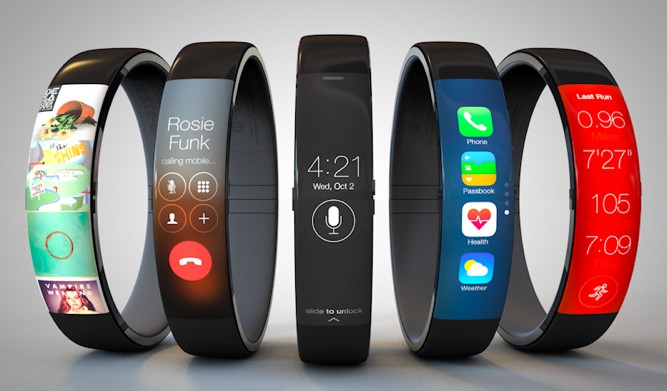 First, there’s the much-anticipated Apple iWatch, which is still in the rumor stage. The company has been working on this project since late 2012, but has begun accelerating the process as it tries to expand its family of mobile devices to the wrist. Apple has already started work on trademarking the name in a number of countries in preparation for a late 2014 launch perhaps in October, with the device entering mass production in July.

And though it’s not yet clear what the device will look like, several mockups and proposals have been leaked. And recent reports from sources like Reuters and The Wall Street Journal have pointed towards multiple screen sizes and price points, suggesting an array of different band and face options in various materials to position it as a fashion accessory. It is also expected to include a durable sapphire crystal display, produced in collaboration with Apple partner GT Advanced. 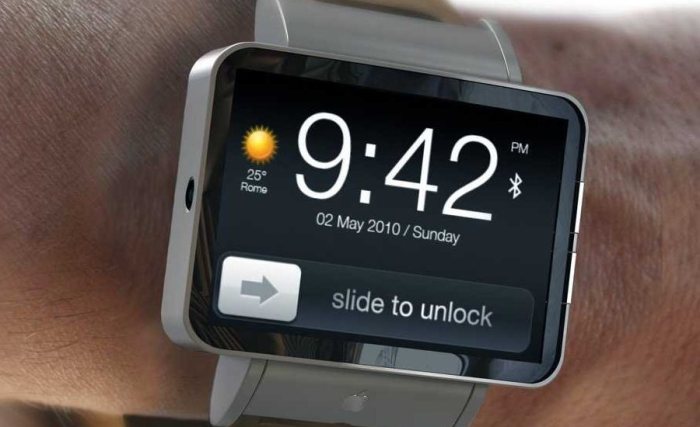 While the iWatch will perform some tasks independently using the new iOS 8 platform, it will be dependent on a compatible iOS device for functions like receiving messages, voice calls, and notifications. It is also expected to feature wireless charging capabilities, advanced mapping abilities, and possibly near-field communication (NFC) integration. But an added bonus, as indicated by Apple’s recent filing for patents associated with their “Health” app, is the inclusion of biometric and health sensors.

Along with serving as a companion device to the iPhone and iPad, the iWatch will be able to measure multiple different health-related metrics. Consistent with the features of a fitness band, these will things like a pedometer, calories burned, sleep quality, heart rate, and more. The iWatch is said to include 10 different sensors to track health and fitness, providing an overall picture of health and making the health-tracking experience more accessible to the general public. 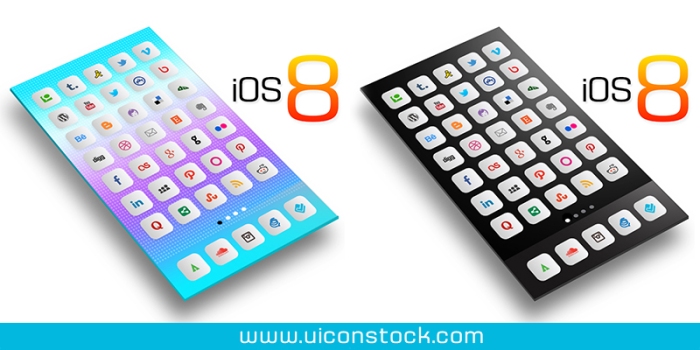 Apple has reportedly designed iOS 8 with the iWatch in mind, and the two are said to be heavily reliant on one another. The iWatch will likely take advantage of the “Health” app introduced with iOS 8, which may display all of the health-related information gathered by the watch. Currently, Apple is gearing up to begin mass production on the iWatch, and has been testing the device’s fitness capabilities with professional athletes such as Kobe Bryant, who will likely go on to promote the iWatch following its release.

Not to be outdone, Google launched its own brand of smartwatch – known as Android Wear – at this year’s I/O conference. Android Wear is the company’s software platform for linking smartwatches from companies including LG, Samsung and Motorola to Android phones and tablets. A preview of Wear was introduced this spring, the I/O conference provided more details on how it will work and made it clear that the company is investing heavily in the notion that wearables are the future. 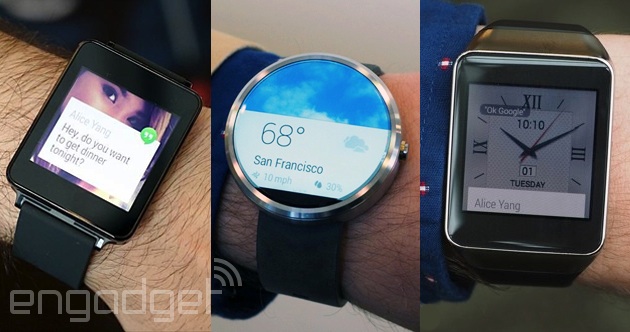 Android Wear takes much of the functionality of Google Now – an intelligent personal assistant – and uses the smartwatch as a home for receiving notifications and context-based information. For the sake of travel, Android Wear will push relevant flight, weather and other information directly to the watch, where the user can tap and swipe their way through it and use embedded prompts and voice control to take further actions, like dictating a note with reminders to pack rain gear.

For the most part, Google had already revealed most of what Wear will be able to do in its preview, but its big on-stage debut at I/O was largely about getting app developers to buy into the platform and keep designing for a peripheral wearable interface in mind. Apps can be designed to harness different Android Wear “intents.” For example, the Lyft app takes advantage of the “call me a car” intent and can be set to be the default means of hailing a ride when you tell your smartwatch to find you a car. 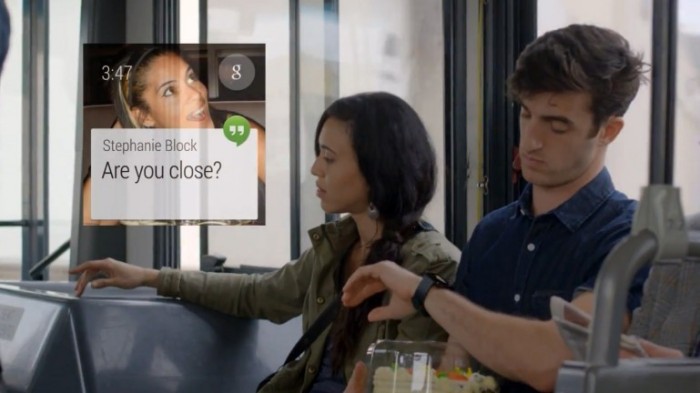 Google officials also claimed at I/O that the same interface being Android Wear will be behind their new Android Auto and TV, two other integrated services that allow users to interface with their car and television via a mobile device. So don’t be surprised if you see someone unlocking or starting their car by talking into their watch in the near future. The first Android Wear watches – the Samsung Gear Live and the LG G Watch – are available to pre-order and the round-face Motorola Moto 360 is expected to come out later this summer.

All of these steps in integration and wearable technology are signs of an emergent trend, one where just about everything from personal devices to automobiles and even homes are smart and networked together – thus giving rise to a world where everything is remotely accessible. This concept, otherwise known as the “Internet of Things”, is expected to become the norm in the next 20 years, and will include other technologies like display contacts and mediated (aka. augmented) reality.

And be sure to check out this concept video of the Apple iWatch:

2 thoughts on “The Future of Devices: The Wearable Tech Boom”