The robotics company of Boston Dynamics has been doing some pretty impressive things with robots lately. Just last year, they unveiled the Cheetah, the robotics company set a new land speed record with their four-footed robot named Cheetah. As part of DARPA’s Maximum Mobility and Manipulation program, the robotic feline demonstrated the ability to run at a speed of 45.06 km/h (28 mph).

And in July of this year, they impressed and frightened the world again with the unveiling of their ATLAS robot – a anthropomorphic machine. This robot took part in the DARPA Robotics Challenge program. capable of walking across multiple terrains, and demonstrated its ability to walk across multiple types of terrain, use tools, and survey its environment with a series of head-mounted sensors. 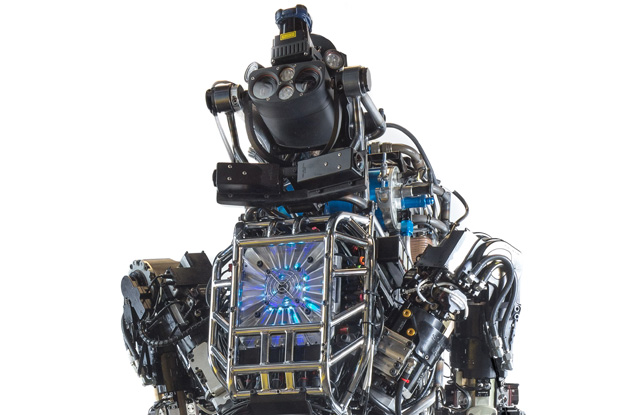 And now, they’ve unveiled an entirely new breed of robot, one that is capable of running fast on any kind of terrain. It’s known as the WildCat, a four-legged machine that builds on the world of the Legged Squad Support System (LS3) that seeks to create a robot that can support military units in the field, carrying their heavy equipment and supplies over rugged terrain and be operated by remote.

So far, not much is known about the robot’s full capabilities and or when it is expected to be delivered. However, in a video that was released in early October, Boston Dynamics showed the most recent field test of the robot to give people a taste of what it looks like in action. In the video, the robot demonstrated a top speed of about 25 km/h (16 mph) on flat terrain using both bounding and galloping gaits.

Following in the footsteps of its four-legged and two-legged progeny, the WildCat represents a coming era of biomimetic machinery that seeks to accomplish impressive physical feats by imitating biology. Whereas the Atlas is designed to be capable of doing anything the human form can – traversing difficult terrain, surveying and inspecting, and using complex tools – the Cheetah, LS3, and WildCat draw their inspiration from nature’s best hunters and speed runners.

Just think of it: a race of machines that can climb rocky outcroppings with the sure-footedness of a mountain goat, run as fast as a cheetah, stalk like a lion, bound like an antelope, and swing like a monkey. When it comes right down to it, the human form is inferior in most, if not all, of these respects to our mammalian brethren. Far better that we imitate them instead of ourselves when seeking to create the perfect helpers. 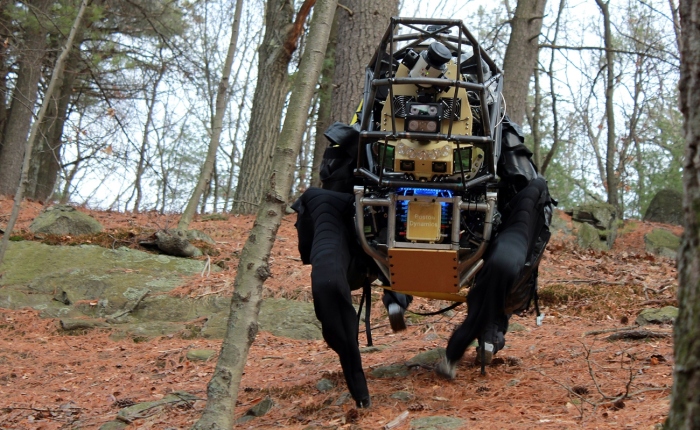 In the end, it demonstrates that anthropomorphism isn’t the only source of drive when it comes to developing scary and potential doomsday-bating robots! And in the meantime, be sure to enjoy these videos of these various impressive, scary, and very cool robots in action: