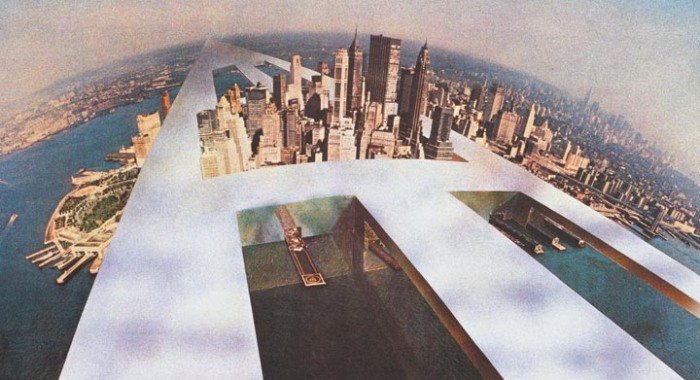 The question of what to do about Earth’s growing population – 7 billion and counting – and the environmental impact it is having has been on the minds of city planners, environmentalists, and global leaders for qu9ite some time. Far from it being a simple matter of determining how we are going to feed new every mouth we create, there’s also the question of how to provide for their other basic needs.

In the 20th century alone, humanity grew by multiplication factor of six. Cities expanded, suburban developments went up, and inner cities were “rezoned” and redeveloped in order to make room for them. When horizontal space became an issue, vertical structure were adapted, incorporating sky scrapers and massive high-rises. In addition, cities, counties and entire nations needed to find more sources of fresh water to address their health and sanitation needs, more landfills to accommodate waste, and more green spaces to grow food. In time, it soon became clear that this increased output of human beings and their various wastes was causing irreparable harm to the planet. 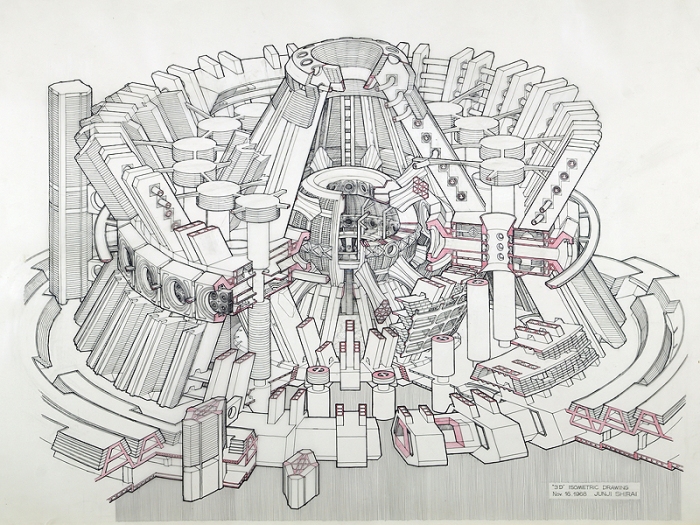 By the turn of the century, the projections only became worse, thanks in large part to the ongoing industrialization of developing nations. In these parts of the world, where a full third of the human race resides, the impact of so many new power plants, urban developments, superhighways, and fossil-fuel burning cars could not be underestimated. The problem of providing space for our people and seeing to their needs in a way that is sustainable in the long term has only become more pressing as a result.

As it turns out, the answer may lie in a concept developed in the 1960’s by a man named Paolo Soleri. An architect of Italian descent who studied at the feet of architect Frank Lloyd Wright, he is credited with coining the term “arcology”, a new form of architecture that plotted the creation of three-dimensional hyperstructures that would be self-sufficient, and in some cases, self-contained. Primarily proposed as a means to combat two-dimensional urban sprawl, arcologies were also meant to economize on transportation, energy use, commerce and agriculture. All needs, which included the need to reduce waste and impact on the environment, were incorporated in his new designs. And on top of that, they would be beautiful as well as very, very big. 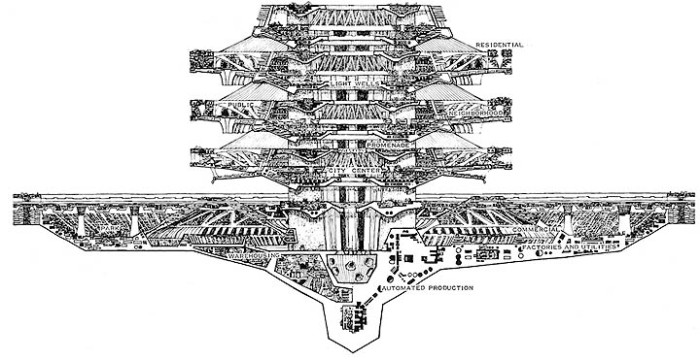 One of his first designs was for a city-structure named Babel (or IID as it’s officially designated). This design called for a flared cylinder of apartments sitting in a saucer-shaped base, complete with commercial, civil spaces, and public areas. The estimated population for this monster design was 550,000 people – the population of a major city – but placed in an edifice 1900 meters high and 3000 meters at its widest point. 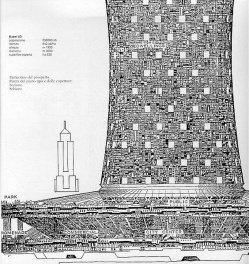 Close-ups of the design show the immense attention to detail that Soleri’s featured in his drawings. From housing, to production centers to water treatment and waste disposal, nothing was overlooked. And just in case you’re having problems imagining the scale, he features a picture of the Empire State building for a size comparison.

And then there was Hexadredon, an incredible geometric mountain resting on three immense supports. Accommodating over 170,000 people, it measured a mere 800 meters by 800 meters (640 square km). On top of all that, it looks immensely artistic, incorporating such design features as massive pyramids, support columns, and rotundas. In reality, it looks more like an ancient temple than a three-dimensional city.

His many other concepts involved cities adrift on water, built into canyons, or on the side of cliffs. As far as Soleri was concerned, nothing was off limits. Any and all geographic features and landscapes, including the ocean itself, could be built into human habitats. Though it remained somewhat speculative for its time, Soleri’s ideas formed the basis for a great deal of speculative writing and urban planning.

For instance, in Japan, urban planners have proposed a future city development to deal with urban sprawl in Tokyo – known as the Shimizu Mega-City Pyramid. As it stands, much of Tokyo Harbor is artificial, composed of fill in order to accommodate Japan’s growing population and industrial centers. This further expansion calls for the creation of a massive pyramid measuring 730 meters high, 8 square kilometers at the base, and capable of housing 750,000 people. All told, it would be roughly 14 times the size of the pyramid of Giza.

In addition, there is the proposed building project in Moscow known as “Crystal Island”. Measuring in at a whopping 2500 square kilometers at its base and 450 meters high, it will be the single largest structure on Earth, if and when it is completed. Shaped like a massive tent, the superstructure of the proposed design acts as a sort of second skin to the main building, creating a thermal buffer and shielding the interior from Moscow’s harsh weather.

In addition, this second skin will adjust with the seasons and sealed in winter to minimise heat loss, while opened again in summer to naturally cool the interior. Power would also be provided by built-in wind turbines and solar panel, as well as a series of renewable energy solutions. On top of all that, the design incorporates an existing park, which provides a range of activities, including cross-country skiing and skating. Construction was officially postponed in 2009 due to the economic crisis, but is expected to resume in the coming years. 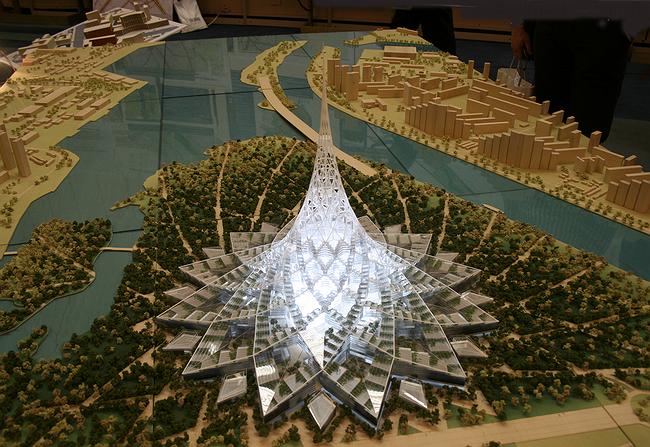 Last, but not least, there is the planned community of Masdar City, which I wrote about in a previous article. Though not technically an arcology in the sense of a three-dimensional colossal environment, the design nevertheless incorporates all other aspects of Soleri’s concept. These include renewable energy sources, sustainable resource management, mass-transit, recycled water, and a range of other green technologies. 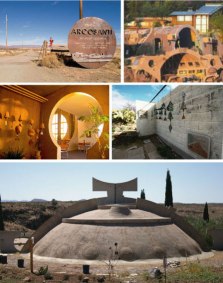 Today, the planned city of Arcosanti, which Soleri himself began construction on in 1970, remains an unfinished testament to his work and his genius. Located in central Arizona, just 110 km north of Phoenix, this work-in-progress incorporates Soleri’s unusual design features and, though uncompleted, remains a testament to his vision.

Check out this video from Arcosanti website, which featured Solari’s design for the mega-city Nudging Space:

2 thoughts on “Poalo Solari and the Birth of Arcology”