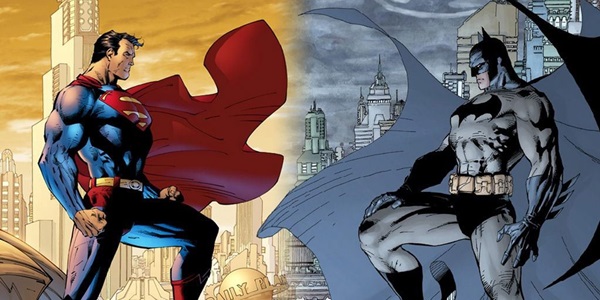 Word around the comic book community of late is that the sequel to The Man of Steel will involve a bit of a crossover. Apparently, an aged Batman will be making an appearance in this movie, and the story may very well focus on a rivalry between the two. The news came earlier this month at Comic Con when director Zack Snyder announced that he had something of this nature in mind, taking many by surprise.

One such person was Frank Miller, the man who brought us The Dark Knight Returns, the classic graphic novel where Batman and Superman have a climactic showdown. with uber-freaking awesome results! For fans who were thinking this means that Snyder is looking to create a live-action version of TDKR, this is certainly good news indeed.

Sure, the animated version was certainly good, and the graphic novel itself is a wonderful standalone piece that really needs no adaptation. But I’m thinking few fans of either franchise would pass up an opportunity to see the big showdown between the two superheroes in Crime Alley on the big screen!

And as if wanting to throw some gasoline on those flames ahead of time, Snyder even had actor Harry Lennix, who played General Swanwick in The Man of Steel, read a passage from TDKR. The line comes from the very climax of the fight scene between the two, where a victorious Batman is standing over a weakened Superman and is ready to deliver the coup de grace:

After the reading, Superman’s big S appeared on the screen behind the interview panel while the Batman symbol quietly superimposed itself. Fans were naturally excited and expressed themselves accordingly!

Well, according to the latest industry gossip, a live-action version of TDKR is not quite had Snyder and the studio had in mind. David S Goyer, who co-wrote The Dark Knight trilogy with Christopher Nolan and Jonathan Nolan, recently revealed the Superman and Batman film may use a ‘versus’ in the title. But he was explicit about the fact that the film will not be adapted from Miller’s work.

At the same time, however, sources close to Miller confirmed that Snyder asked for a sit down to discuss what this crossover movie would involve. The source made a statement of this impending meeting, claiming that:

Frank had no idea the announcement in San Diego was going to happen so it did come as a surprise. He’s going to be meeting up with Zach in the next few days to go over the plans for the Superman film so things should be clearer after that. 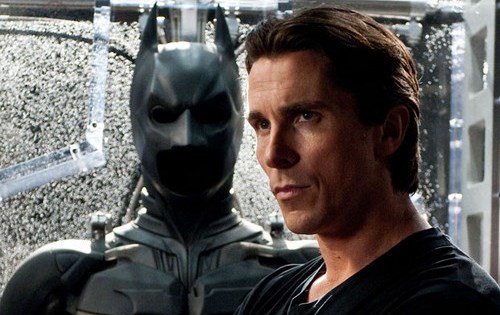 Set to be released in 2015, the Superman vs. Batman movie is likely to be a loose adaptation, from the sounds of things. And the very latest in industry gossip says that Christian Bale may be coming back to reprise the role of Batman, to the tune of $60 million! No indication has been given if he has chomped at the bit yet, but Bale did indicate that he might not be finished with the role.

As Bale said in a recent interview, when referring to the price tag, “Let’s not get greedy”. But at the same time, he didn’t rule out the possibility, claiming that “it all comes down to Chris [Nolan].”

Personally, I think this “loose adaptation” talk should be ditched in favor of a full-on TDKR adaptation. There’s plenty of potential to update the story, which was written in the late 80’s and featured a very Reagan-era Cold War-esque story, but with a few tweeks, it could easily be adapted to fit in the current era.

And it might even tie the two franchises together nicely, with a supposedly dead Batman coming out of retirement, and a Superman who has been enlisted to serve the government finding themselves at odds. And since the storyline involves the Joker, it could be a fitting tribute to Heath to have him brought back for one final dance with the Batman.

It’s a tall order, I know, and like I said, it was already done. But if you’re gonna go big, Snyder, go REALLY BIG. Or just go the hell the home! You’re making some tall promises, and fans are expecting better from you after that bit of a letdown known as The Man of Steel. You got Batman and Superman in your hands now. Don’t screw it up!