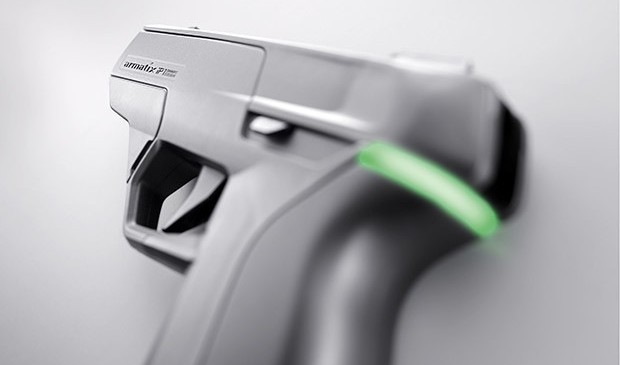 Not long ago, designer Ernst Mauch unveiled a revolutionary new handgun that grew out of a desire to merge digital technology with firearm safety. Known as the “smart gun” – or Armatix iP1 – this pistol comes with a safety feature designed to ensure that only the guns owner may fire it. Basically, the gun comes with a watch (the iW1) that it is synchronized to, and the weapon will only fire if it is within ten inches of it. So unless you’re wearing the iW1, the weapon will not fire in your hands.

The weapon is in part the result of attempts to find intelligent solutions to gun safety and gun violence. And Mauch’s design is one of several proposed innovations to use digital/smart technology for just such a purpose. Back in January, the Smart Tech Challenges Foundation launched the first of four $1 million challenges aimed at inspiring the kinds of innovation that could help lead to safer guns – and a reduction in the number of tragic deaths and injuries that make the headlines nearly every day. 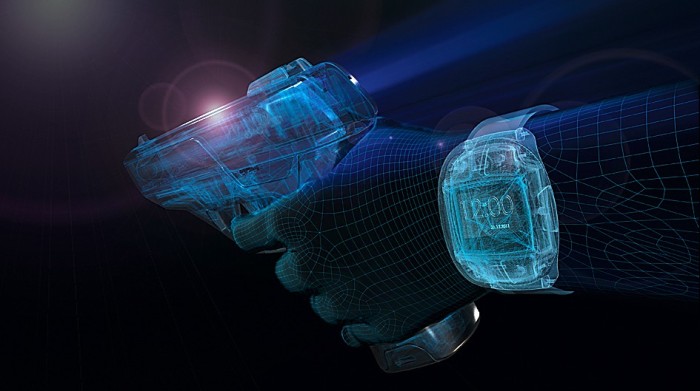 Given the recent failures to reach a legislative solution to the ongoing problem of gun-violence, these efforts should come as no surprise. And Mauch, the lead designer of the iP1, claimed in a recent op-ed piece with the Washington Post that the number of gun enthusiasts will rise as the result of its enhanced safety. As a designer who’s patents include the USP family of pistols, the HK416 assault rifle, G36 assault rifle and XM25 grenade machine gun – he is a strong advocate of a market-based solution.

The gun has already sparked a great deal of controversy amongst gun advocates and the National Rifle Association. Apparently, they worry that legislation will be passed so that only smart guns can be sold in gun stores. This is largely in response to a 2002 New Jersey law that stipulated that once the technology was available, that smart guns be sold exclusively in the state. As a result, the NRA has been quite vocal about its opposition to smart guns, despite offers made to repeal the law in exchange for them easing their position.

As already noted, the iP1 is not the only smart technology being applied to firearms. Sentini, a Detroit-based startup founded by Omer Kiyani, is designing a biometric gun lock called Identilock. Attaching to a gun’s trigger, it unlocks only when the owner applies a fingerprint. As an engineer, a gun owner, a father, and the victim of gun violence (he was shot in the mouth at 16), he too is committed to using digital technology and biometrics to make firearms safer.

An engineer by training, Kiyani spent years working as a software developer building next-generation airbag systems. He worked on calibrating the systems to minimize the chance of injury in the event of an accident, and eventually, he realized he could apply the same basic concepts to guns. As he put it:

The idea of an airbag is so simple. You inflate it and can save a life. I made the connection. I have something in my house that’s very dangerous. There’s got to be a simple way to protect it. 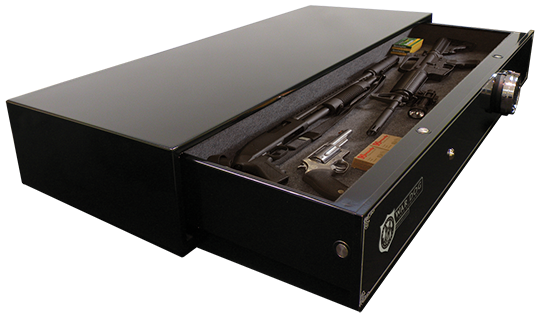 Initially, Kiyani considered technology that would require installing electronic locking equipment into the guns themselves, similar to what the iP1 employs. But as an engineer, he understood the inherent complications of designing electronics that could withstand tremendous shock and high temperatures, not to mention the fact it would be incredibly difficult to convince gun manufacturers to work with him on the project.

As a result, he began to work on something that anyone could add to a gun. Ultimately, his creation is different in three ways: it’s optional, it’s detachable, and it’s quick. Unlike biometric gun safes and other locking mechanisms, the Identilock makes it as easy to access a firearm as it is to unlock an iPhone. He pitched hundreds of gun owners a variety of ideas over the course of his research, but it was the biometric lock they inevitably latched onto 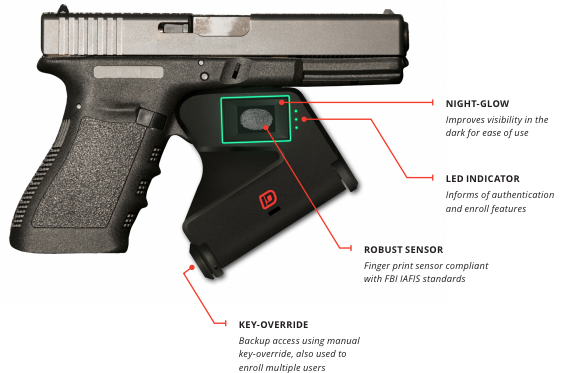 The Identilock is also designed using entirely off-the-shelf components that have been proven effective in other industries. The biometric sensor, for example, has been used in other security applications and is approved by the FBI. Cobbling the sensor together from existing technologies was both a cost-saving endeavor and a strategic way to prove the product’s effectiveness more quickly. Currently, the project is still in the prototype phase, but it may prove to be the breakout product that brings biometrics and safety together in recent years.

And last, but certainly not least, there is the biometric option that comes from PositiveID, the makers of the only FDA-approved implantable biochip – which is known as the Verichip. In the past, the company has marketed similar identity-confirming microchips for security and medical purposes. But this past April, the company announced a partnership with Belgium-based gun maker FN Manufacturing to produce smart weapons.

The technology is being marketed to law enforcement agencies as a means of ensuring that police firearms can never be used by criminals or third parties. The tiny chip would be implanted in a police officer’s hand and would match up with a scanning device inside a handgun. If the officer and gun match, a digital signal unlocks the trigger so it can be fired. Verichip president Keith Bolton said the technology could also improve safety for the military and individual gun owners, and it could be available as early as next year.

Similar developments are under way at other gun manufacturers and research firms. The New Jersey Institute of Technology and Australian gun maker Metal Storm Ltd. are working on a prototype smart gun that would recognize its owner’s individual grip. Donald Sebastian, NJIT vice president for research and development and director of the project, claims that the technology could eventually have an even bigger impact on the illegal gun trade.eri

Regardless of the solutions being proposed and the progress being made, opposition to these and other measures does not appear to be letting up easily. New Jersey Senate Majority Leader Loretta Weinberg recently announced that she would introduce a bill to reverse the 2002 New Jersey “smart gun” law if the National Rifle Association would agree not to stand in the way of smart gun technology. The NRA, however, has not relented in its stance.

In addition, biochips and RFID implants have a way of making people nervous. Whenever and wherever they are proposed, accusations of “branding” and “Big Brother” monitoring quickly follow. And above all, any and all attempts to introduce gun safety are met with cries of opposition by those who claim it infringes on citizen’s 2nd Amendment rights. But given the ongoing problem of gun violence, school shootings, and the amount of violence perpetrated with stolen weapon, it is clear that something needs to change.

In 2011 in the United States, roughly 3.6 people per 100,000 were killed with a firearm – which amounts to 32,163 people. In addition, of the 15,953 homicides committed that year, 11,101 were committed using a gun; almost 70% of the total. And not surprisingly, of those 11,101 gun-related homicides, more than half (An6,371) were committed using a handgun. And though exact figures are not exactly available, a general estimates indicates that some 90% percent of murders are committed with stolen guns.

As a result, it is likely just a matter of time before citizens see the value in biometric and smart gun technology. Anything that can ensure that only an owner can use a firearm will go a long way to curbing crime, accidents, and acts of senseless and unmitigated violence.