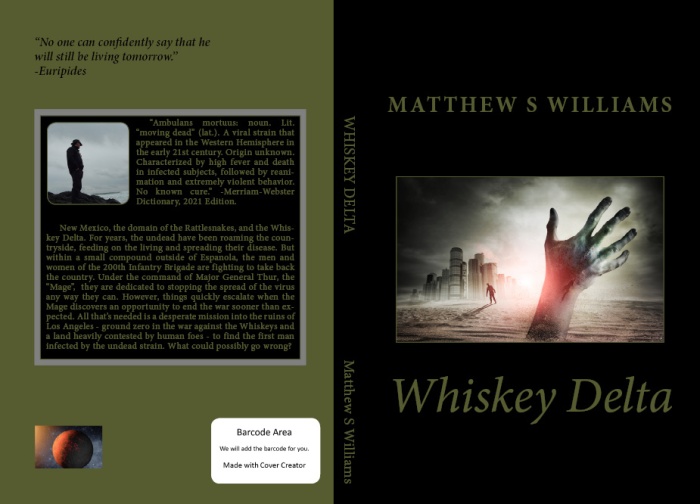 Hey all! Hope the weekend is finding you in good spirits and with plenty of good company and good cheer! And if you’re Canadian, Happy May Long Weekend (or Two-Four Weekend as we like to call it!) And in honor of this weekend, the coming of summer, and just because I can, I have decided to launch another promotional deal for Whiskey Delta. Starting today, it is available for the low price of $0.99 and will remain at this price until Wednesday, May 21st. Then, from the 21st to the 25th, it will be on sale for the reduced price of $1.99.

After that, it goes back to the sticker price, so if you haven’t read it yet and want to get in on this deal, do so quickly. Amazon calls them Countdown Deals for a reason!

Click here or go to the cover pic on the right hand side there to purchase a copy! 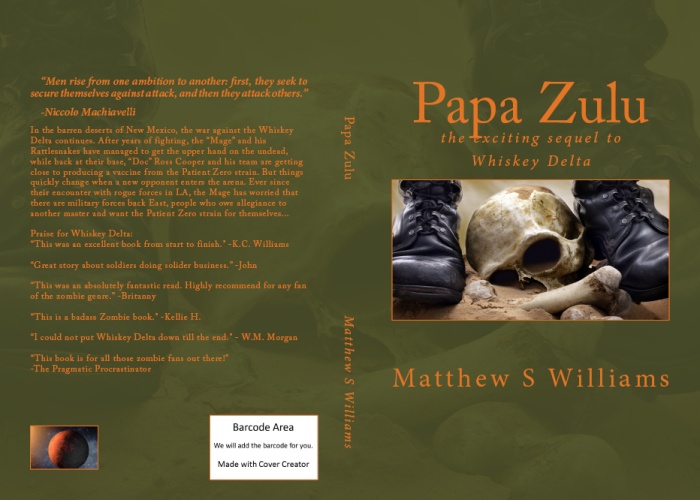 Well folks, Papa Zulu has now been available through Amazon.com for just over a month. And thus far, two reviews have come in, and both are both highly favorable! I tell ya, it pays off to hold back on publication so you can make sure that everything is nicely polished and edited. And while I’m still waiting on a few more people to chime in on what they thought about the book, I am pretty happy with what people had to say so far.

Here are the reviews, with some minor omissions to make sure no spoilers were included:

Lots of action and excitement once again; a great follow-up to Whiskey Delta! I hope there is another one in the series because I want more.

What can I say about this….except it’s an incredible follow up to Whiskey Delta! I almost wish I’d given WD a lower rating, just so I could rate this a higher one LOL. It picks up pretty much where book 1 left off, but it is written in such a way that if you didn’t read WD you wouldn’t be too lost. It’s not so much about the zombies this time, but the aftermath of that and the internal conflicts both within the Army and within each person.

There are a few loose ends where the end of the book is concerned and to quote Braun “this can’t be the end…there has to be more…” His relationship with Saunders is brought to attention, there’s a traitor (or 2) in their midst, and his platoon might have a new leader.

You can check the full reviews by going to the books Amazon page, but I warn you, they do contain spoilers! And it might just be a coincidence, but I did notice a slight uptick in sales since the second review came in. So far, Papa Zulu has sold some 13 copies since publication, and Whiskey Delta and the unrelated Data Miners have even made some added sales. So, for obvious reasons, I am pretty happy right now.

And to my fellow indies, keep hammering those keys and pushing those books! Every copy we sell is a small victory and every favorable review is a big one. After all, that’s why we got into this business, isn’t it? To share what we love, think, and what inspires us, in the hopes that other people draw from it the same things we do. 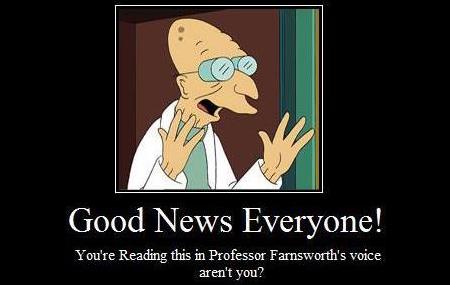 I have just received word that Whiskey Delta has received its fifth review over at Goodreads this afternoon. And the review was pretty good, 5 star good in fact, and pushed the overall rating of the book up to a full four stars. The reviewer was woman named Seregon (I’m omitting her full name to protect her anonymity), who is an actress, model, and fan of indie writers who enjoys reading and reviewing.

When I learned this last bit about her, I couldn’t help but contact her and send her a free copy in exchange for an honest review. And here is what she said (just the first part to avoid the biggest spoilers):

This wasn’t your typical horror/zombie book. It was more about survival, much like the Walking Dead. If you’re a fan of that show, you’ll really like this book. Taking place in SoCal, the military has a special team designated to find Patient Zero, aka Papa Zulu, aka the first person known to have contracted the virus that turns people into Whiskeys (zombies…

I was impressed with the dialogue and references to getting by in life that involved a lot more than dealing with zombies… I like that each character has his/her own personality and is three dimensional. The reader follows and can relate to each character on some level and there’s no feeling of “fluff” anywhere in the story.

Even if you’re not a zombie fan, you might still enjoy this book. As I said, it’s less “horror” and more about completing an important mission.

Wasn’t that nice? Always good to be differentiated from the rest, not to mention being compared to one of your favorite franchises (she mentioned The Walking Dead in the post and compared this book favorably to it). Reading it put me in a good mood instantly! 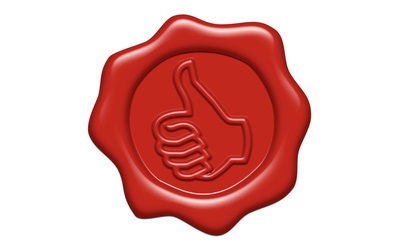 And, in truth, this is the second 5 star review I’ve received in recent months, I just happened to forget to post about the other one. In that case, it was a woman named Kellie, also a fan of the new literature and someone with a soft spot for zombie and horror novels. In her case, she responded to a discussion thread I started months ago where I was asking for reviews.

She responded, and a few weeks later, this is what she had to say (Once again, the reviews is edited for spoiler content):

This is a badass Zombie book. Braun and his crew have a very important classified job to do as its classified im unable to tell you about it… This book is awesome! Very suspensful… The threat of the zombies have you wondering when they are going to jump out and bite someone. The whole crew is likeable you don’t want anyone getting hurt… This author really knows what hes talking about with all the military terms and the battles. Wait for the battles, you feel as if your there and the zombies in this book don’t just shuffle, moan, and bite. They run and fight back… I said it once ill say it again AWESOME! I hear there’s a sequel. I will be on it.

Again, wasn’t that nice? I tell you, a good review makes it all worthwhile, and a bad one is enough to put a writer (this one, at any rate) in a funk for a good while. Having heard kind words about my writing like these, I’m all the more pumped to get Papa Zulu ready for publication. In fact, I’m itching to do it now, but releasing the last one too soon is why I got some of the mixed reviews I did. Very interested in avoiding that this time around.

In the meantime, to all indie writer’s, keep hitting those keys and your eyes firmly fixed on the prize. If you love what you do, nothing should stand between you and recognition and respect, not to mention some decent sales figures! I hope we can all look forward to some of that too 🙂 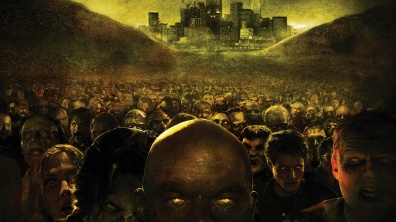 Whiskey Delta, my zombie apocalypse-themed indie novel, has just sold over 750 copies! What’s more, another good review has come in, once again pushing the overall rating up a bit. And of course, they hit on the usual points:

Good Book (4.0 out of 5 stars)
Great story with interesting people. Spell was poorly done and many editing issues were present. Would like a sequel

Rest assured, Pappa Zulu, the sequel to Whiskey Delta, will be coming in just a few short months. Obviously, I need to finish my work on WD’s second edition, and then give the next installment a full and thorough edit. And if there’s time left over, I hope to have Alpha Mike finished before 2014 begins. Fast times!

Oh, and I do hope the good news continues. As it adds up, you can expect to see less of these constant updates!