Believe it or not, Hollywood actually has some movies that are now playing, or coming in the near future, that are not just reboots, reimaginings, or rehashings of old ideas. Much of this info comes from the online source Io9, and I have to say, I was quite impressed. To know that original ideas and long-overdue adaptations are actually in the works… wow. Still, don’t expect that this makes us even Hollywood! You’ve still wasted a ton of my and a good deal more people’s time and money!

Anyhoo, onto the list of coming or playing attractions:


A time-traveller takes out an ad in the paper, looking for a companion to go back in time with him. A journalist, played by deadpan comedian Aubrey Plaza (of Parks and Recreation, Scott Pilgrim versus the World and Funny People), is tasked with finding a man who’s taken out the ad and determining just what his deal is. As time goes on, she becomes infatuated with the man because of his sincerity and the fact that he’s a true believer.

Produced by the same people who brought you Little Miss Sunshine and based on an actual ad, the movie explores the fine line between cynicism and realism, truth and belief. In the end, it remains a mystery whether or not the man is for real, and whether or not he is a harmless eccentric or a total nut! This movie has already been released and was screened at the 2012 Sundance Film Festival where it won the Waldo Salt Screenwriting Award.


A story of a humanoid robot that contains the consciousness of its designer, a man obsessed with achieving the Singularity, as predicted by men like Ray Kurzweil. After a successful run where his mind is placed into “the prototype” robot, it escapes from its facility and is chased by government agents who believe it to be a malfunctioning military drone. Though it does look a tad cliche and over the top, it nevertheless explores some issues which are only increasing in relevance and getting closer and closer to being real. 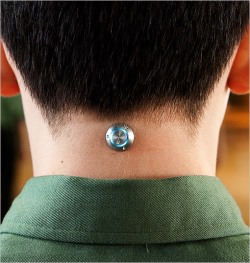 I’m not kidding! After decades of waiting, it seems that sci-fi geeks and Card fans will finally be getting a chance to see Ender adapted to the big screen. As someone who thoroughly enjoyed the original, but never got into the sequels, I can tell you that I will be waiting on this movie’s Nov. 2013 release date with eager anticipation.

According to the buzz, Director Gavin Hood (of Tstosi, Rendition and X-Men Origins:Wolverine) is taking great pains to keep it as loyal to the book as possible. In addition, such big names as Harrison Ford and Ben Kingsley are attached to play Colonel Graff and Mazer Rackham, and Asa Butterfield (of Hugo fame)will be playing the lead role of Ender Wiggin. 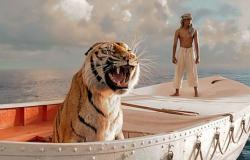 Now this is one I didn’t expect to see on the silver screen! Director Ang Lee, who brought us such hits as Crouching Tiger, Hidden Dragon, Brokeback Mountain and The Hulk will be directing this adaptation of Yann Martel’s magical novel about a boy, a lifeboat, and a handful of animals as they visit a strange island. 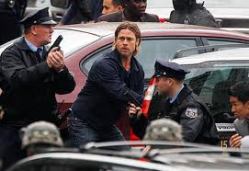 Not surprisingly, all this zombie-fanaticism of late has encouraged the good folks in LA LA land that it’s time to adapt one of the best zombie novels of all time. Written by Max Brooks, son of famed comedian Mel Brooks and master of all things zombie, the book tells the oral history of the Zombie War and was released as a follow-up to his satirical The Zombie Survival Guide.

According to the studio-related buzz, Marc Forster (Finding Neverland, The Kite Runner, and Quantum of Solace) is slated to direct it, Michael Straczynski (creator of Babylon 5) is attached as a screenwriter, and actor Brad Pitt will be starring as the film’s protagonist. Clearly, these folks aren’t pulling punches with this adaptation. I look forward to seeing it sometime in 2013! 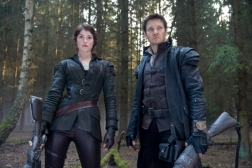 Look what you started, Abraham Lincoln: Vampire Hunter! Or was it you Snow White and the Huntsman with your decidedly violent take on a children’s classic? Perhaps it was Seth Grahame-Smith with his Pride and Prejudice and Zombies! I don’t know who’s to blame, but for some reason, it seems that fairy tales, classics of western lit and history are all getting the Buffy treatment these days.

But I digress, Jeremy Renner of The Avengers and the new Bourne Legacy movie stars alongside Gemma Arterton (Quantum of Solace and Clash of the Titans) in this sequel to the classic fairy tale. Apparently, the story takes place 15 years after the traumatic gingerbread house incident, and the now grown-up pair have become a leather-wearing witch hunting duo. Let’s just hope the producers of Van Hellsing don’t sue for plagiarism! 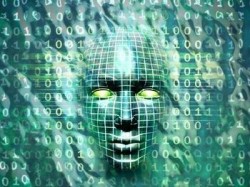 I almost jumped out of my seat when I read about this one, but then I noticed the production notes where it said that this movie hasn’t even been green-lighted yet. Ah well, fingers crossed it get’s made, because it would be about freaking time! Much like with Enders Game, fans of this sci-fi, cyberpunk classic have been waiting FOREVER to see a film adaptation! Several attempts have been made, but none have gotten off the ground.

But some details are forthcoming. For one, Vincenzo Natali, the brilliant Canadian writer/director who brought us Cube and Splice, is rumored to be the man who will direct this bad boy, should it ever get made. No other news yet, but my ear is firmly pressed to the ground and I will find out if it’s happening. Bank on it! 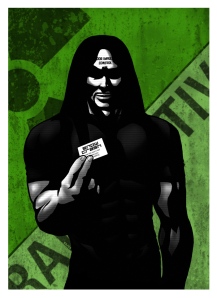 And another sci-fi movie that’s long overdue, but can never seem to get made! Well, it seems that writer/director Joe Cornish (Attack of the Block and The Adventures of Tin Tin) is set to adapt Neal Stephenson’s post-cyberpunk novel about the near future where America has been privatized, “franchulates” run everything, and a lone hacker named Hiro Protagonist investigates a potent new drug that infects users with a computer virus.

As a long0time fan of Stephenson’s, I for one will be awaiting this movie too with eager anticipation. In fact, I can scarcely believe that so many of my literary favorites are being adapted at the same time. One would think this was just a big tease, or some massive karmic payback!