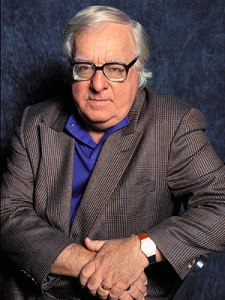 I recently came across this article, which seems to have been one of many I found when researching the life and works of sci-fi great Ray Bradbury. The source is Open Culture, an online magazine dealing with cultural and educational media. And like many other publications, they chose to honor the passing of Bradbury by publishing a series of articles which dealt with the man’s monumental influence on science fiction and writing in general.

This particular one deals with his 2001 keynote address at Point Loma Nazarene University’s Writer’s Symposium By the Sea, where he treated audiences to the benefit of his accumulated wisdom by boiling it down into 12 tips. As a newbie writer, I can tell you that many of these spoke to me as if they were written with me in mind! That’s the true mark of a great and relatable writer though, isn’t it? Their words somehow seem to transcend the page and all distance between you and get you right at your core.

And even if you’re not an aspiring writer, or an established one, I recommend reading through this list and digesting some of these nuggets. Their value goes beyond mere writing, I tells ya! But don’t take my word for it, read them yourself:

Rules one and two are especially important to me right now. I began trying to write novels and found the process overwhelming. Today, full-length novels constitute the majority of my unfinished works, cluttering up my inbox folder and making me feel like I’m a slow writer. Bah! Who needs that? Rule two is like gospel; though you may have writer’s you wish to emulate, do not try to be better than them. It will only lead to unfair comparisons and rob your work of originality. It put’s me in mind of what the poet Basho Mastsuo said: “Do not follow in the footsteps of the masters, but seek what they sought”. That’s right, I read a poem, try not to faint!

The rest all blend together for me in that they all ring true. If they could be boiled down into one simple rule, I’d say it would be “do what you love, and screw the rest!” Best advice I ever got, from J.M. Straczynski of all people (creator of Babylon 5). As long as you’re doing that, you can do no wrong, and your natural passion and dedication will yield results, sooner or later. And if it doesn’t, who cares? For in the end, its about you and not what others think, right? Thought money, fame and recognition are kind of sweet…

Until next time, RIP Mr. Bradbury and here’s hoping myself and my colleagues can acheive a small iota of the respect and recognition you did in your lifetime. I promise that we will stick to short stories for the time being, and that we won’t try to beat you, even if we do try to emulate you 😉